Renée and Louis Biron's collection achieved a splendid €1 M, led by a fine portrait of Houdon by Restout and a rare group of silverware featuring regional pieces. 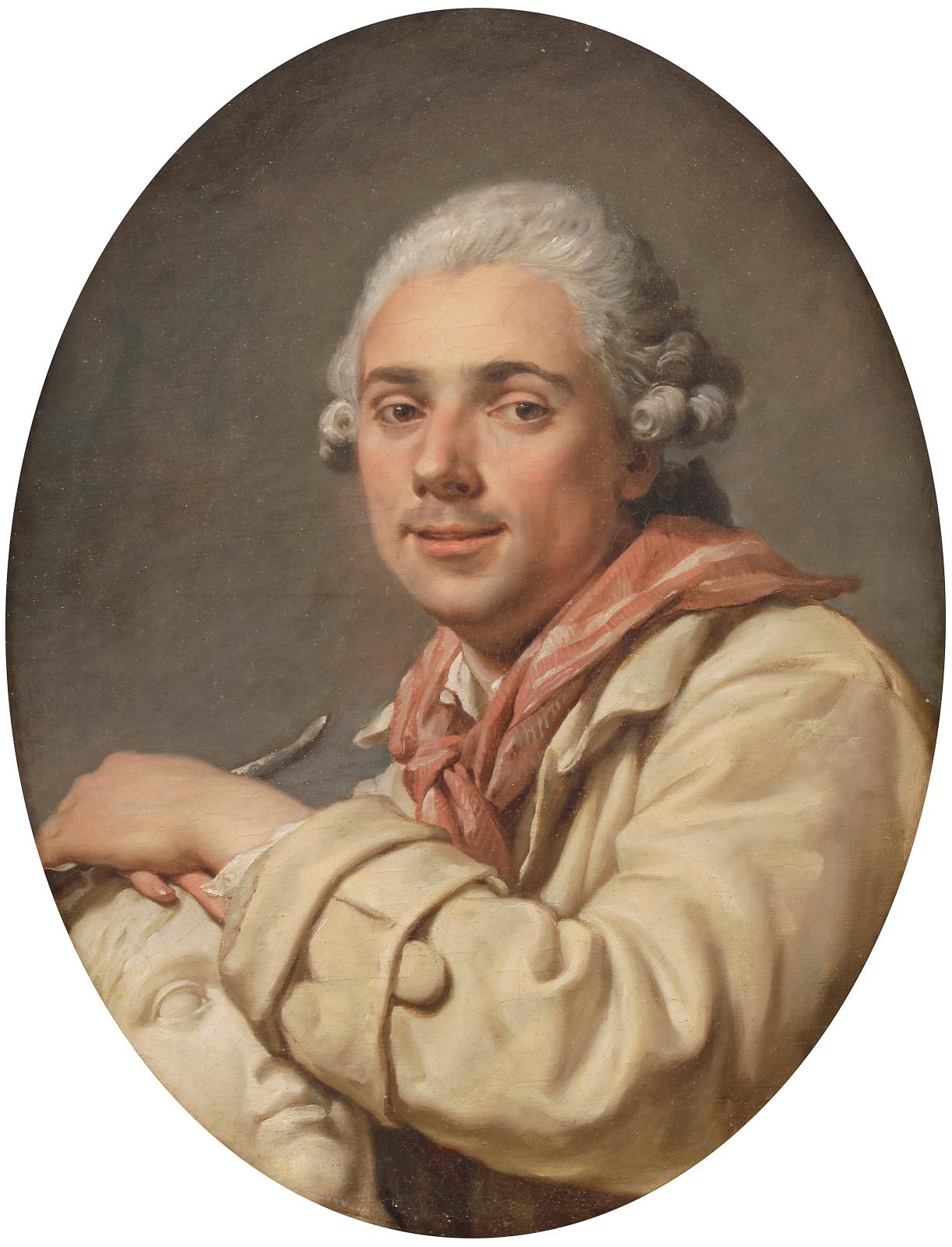 Success was almost instantaneous. From number 2 onwards, there was a long, fierce bidding battle between a packed room and several phones for an 18th century painting desirable for two reasons; it was the work of Jean-Bernard Restout (1732-1797) – a singular figure in the art of the time because of his break with the Académie – and it depicted Jean-Antoine Houdon, the great French Neo-classical sculptor. It must be said that its estimate was extremely reasonable, given its outstanding qualities: a situation corrected by the market when the work finally garnered €204,800, setting a world record (source: Artnet). Its model undoubtedly played a leading role... The husband and wife collectors owned a plaster model of Houdon's famous seated Voltaire with a patina, which went for €11,520.

A Glittering Success for Silverwork
The silverware section attracted many an eye to its seventy regional pieces. Sought out from the early 1970s onwards "directly from leading specialists like the Baur gallery and the collector David-Weill," according to experts Claire Badillet and Édouard de Sevin, they made a total of €365,536. The originality of this collection lies in its accent on fine pieces not only from Paris but also from the provincial scene: an area that remains relatively unstudied in art history. "While the quality of their workmanship is equal to that of Paris, these pieces made in the regions are far more imaginative! Provincial master craftsmen had far more freedom in their aesthetic choices because they didn't have to contend with the requirements and rules constraining Parisian silversmiths, who had to cater to court tastes and royal trends," add the experts. The results reflected the creativity they speak of: the splendid sum of €51,200 went to a sprinkler from Morlaix; €26,880 to a set of four basins from Trévoux, and €12,160 to a pair of candlesticks by the Dijon master silversmith Éléonore Pidard – highly unusual pieces, as very few women worked in this speciality.