“Objects do not belong to you,” says Bernard De Leye. “They are just passing through.” The time has come for the Belgian antique dealer and former BRAFA president to pass his collection on to the next custodian. Over 250 pieces, including several of museum quality, are up for sale. 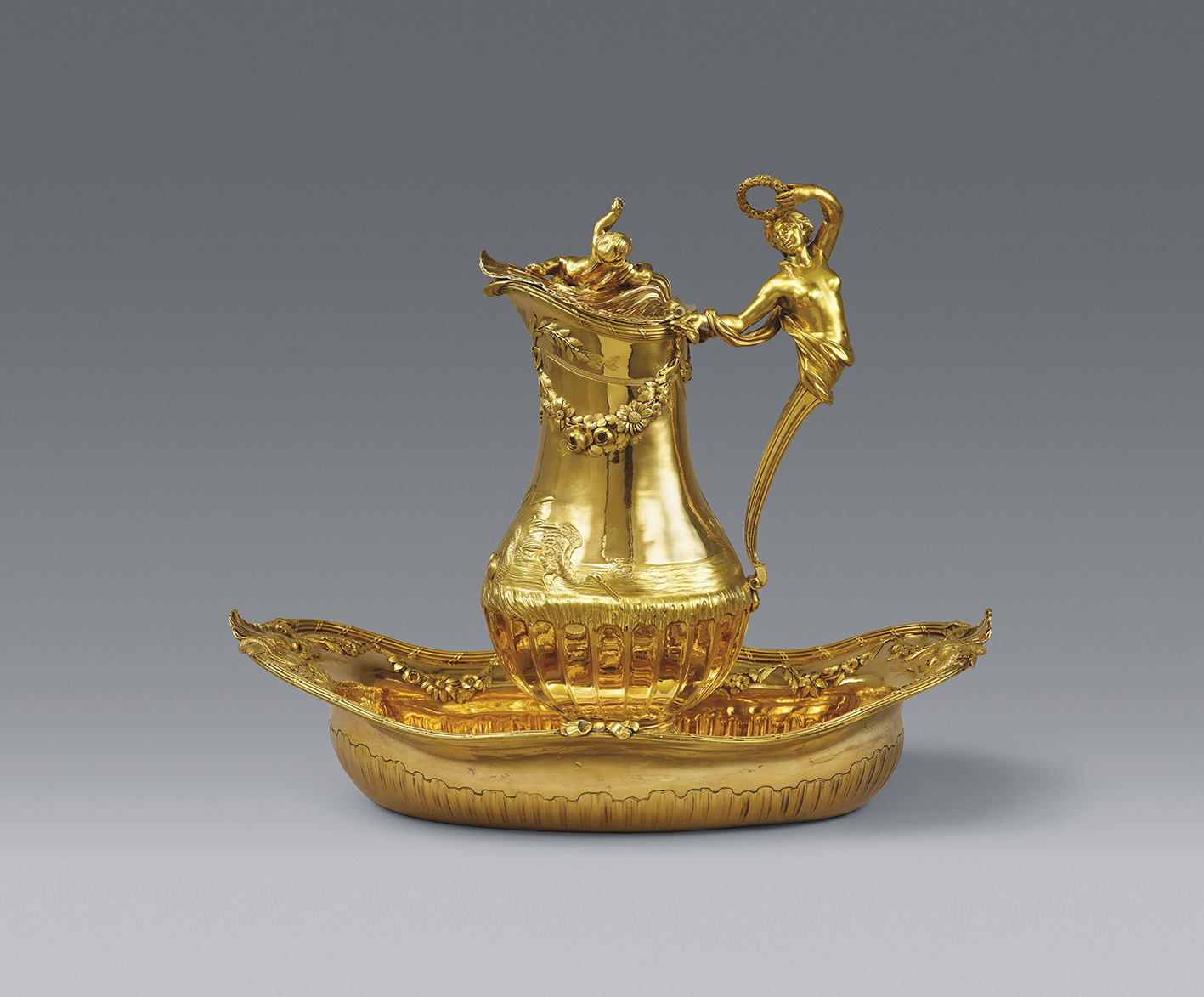 There is perhaps only one collection in the world bringing together Pope Sixtus V, Madame de Pompadour, the Comte d’Arnouville, Ferdinand I de' Medici and Louis XVI. To achieve this feat, it needed an adventurer with a passion for silver and goldware, particularly of the French variety (the catalog also includes rare paintings and furniture) and an interest in great historical figures. Enter Bernard De Leye: a hunter of legendary objects equally at home in the world of commerce and museums. From unexpected discoveries to major coups, the Belgian antique dealer collected treasures from all over Europe, some of museum quality.

In the Hands of Great Figures
Mr. De Leye, who was also president of the La Chambre Belge des Experts en Œuvres d'Art (Chamber of Art Experts of Belgium), has an unfailing eye. Always looking for that rare object, he sometimes found himself before prestigious pieces through sheer luck—for example, a boat-shaped inkstand with a clock he found at a dealer's shop who knew nothing about goldsmithing. Mr. De Leye probably spotted the hallmark of the brilliant 18th-century Parisian goldsmith François-Thomas Germain and, on the clock’s movement, that of François I Rabby, the Duchesse du Maine’s clockmaker, who also worked for the Prince de Condé. But he could scarcely have imagined the identity of its most famous owner, Jean-Baptiste de Machault d’Arnouville (1701-1794), Louis XV’s Minister of Justice and a man of great influence in his day. Today estimated at €700,000/800,000, the inkstand appeared in the 1794 inventory of the Château d’Arnouville and in Léonce de Vogüé’s will in 1875. During the Revolution, Charles-Henri de Machault had the magnificent object transported to Thoiry before bequeathing it to his son Eugène (1774), who in turn passed it on to his son-in-law Léonce de Vogüé. Learning such stories motivated Mr. De Leye more than the object itself.

One surprise followed another until a small silverware item came along—a veritable museum piece that belonged to Madame de Pompadour. Only three pieces of silverware owned by Louis XV’s favorite mistress were known: Mr. De Leye patiently waited 20 years to acquire this one, the fourth. He could hardly believe it when the Musées Nationaux gave him the go-ahead to take the bowl out of France. He still calls this a “stroke of luck”. The few existing pieces that belonged to Madame de Pompadour are all in museums, two of them in the Louvre. An American museum has already expressed interest in the silver-gilt basin marked with her coat of arms (three silver towers on a blue background under a large margrave’s crown) and François-Thomas Germain’s hallmark. The bidding looks set to be fierce (€250,000/300,000).

Objects of Value
The last lot of this unusual sale is a silver-gilt toiletry set once owned by the Marquis de Montmelas and his wife, Marguerite-Catherine Haynault—a gift from Louis XV to his former mistress. But the fact that the king commissioned it for some illustrious recipients is not the only fascinating thing about this piece; outstanding craftsmanship and the existence of a design sketch also work in its favor. Few pieces of Ancien Régime silverware have come down to us, and they, like this one by Jean-Baptiste François Chéret (master in 1759), are now in prestigious collections like those of the Musée des Arts Décoratifs de Paris. Estimated at €1/1.2 M, this is one of those remarkable items that convinced Mr. De Leye that it is better to buy one major piece than five minor ones. “Sure, there are trends,” he says, “but the exceptional remains exceptional and will never lose value.”

When and how did you start this collection?
It’s taken up 45 years of my life. I started very young, without any education or training. I was passionate about silver coins, which I found in flea markets at first, until one day an amazing find enabled me to start out for real. Then, specialized books and research helped me progress, and I was partly assisted by my collaborator, Catherine Vereecken. The area is so huge that you can always study what others don’t know.

Where do most of your objects come from?
All of them are from Europe, without exception. I’ve traveled little outside Europe, except to China, but only to sell and not to buy. I’m fascinated by European silver- and goldware, especially French. English pieces, for example, all look the same. What I like is the rare thing: because of the successive castings in silverware, pieces found in France and Europe are often unique and exceptional.

What are your favorite items in the catalog?
Among the items I've had for a long time, there’s a pair of corbeille sofas attributed to Georges Jacob [c. 1780, €50,000/60,000—Ed.]. One of my favorite paintings, which I found on a trip, is a view of the Pont-Royal under construction (€20,000/25,000). This may have been made in the late 17th century by Pieter Casteels the Younger, the “painter of the bridges of Paris”, several of whose works are now in the Musée Carnavalet in Paris. And then there's an extraordinary Ming blanc de Chine porcelain figure of Guanyin with vermeil mounting (€180,000/220,000).
Bernard De Leye
FIVE KEY dates
1959
Born in Brussels
1981
Opens his first gallery in Namur, Belgium
2002
President of the Chamber of Art Experts of Belgium
2006
Chevalier des Arts et des Lettres
2009-2012
President of BRAFA
Collection Bernard De Leye
Neumarkt 3 - 50667 Cologne
Lempertz
Infos et conditions de vente
Catalogue