Prince and Princess Yusupov’s last mementos and those from other provenances bedazzled bidders beyond France’s borders. Imperial Russia captures the imagination! 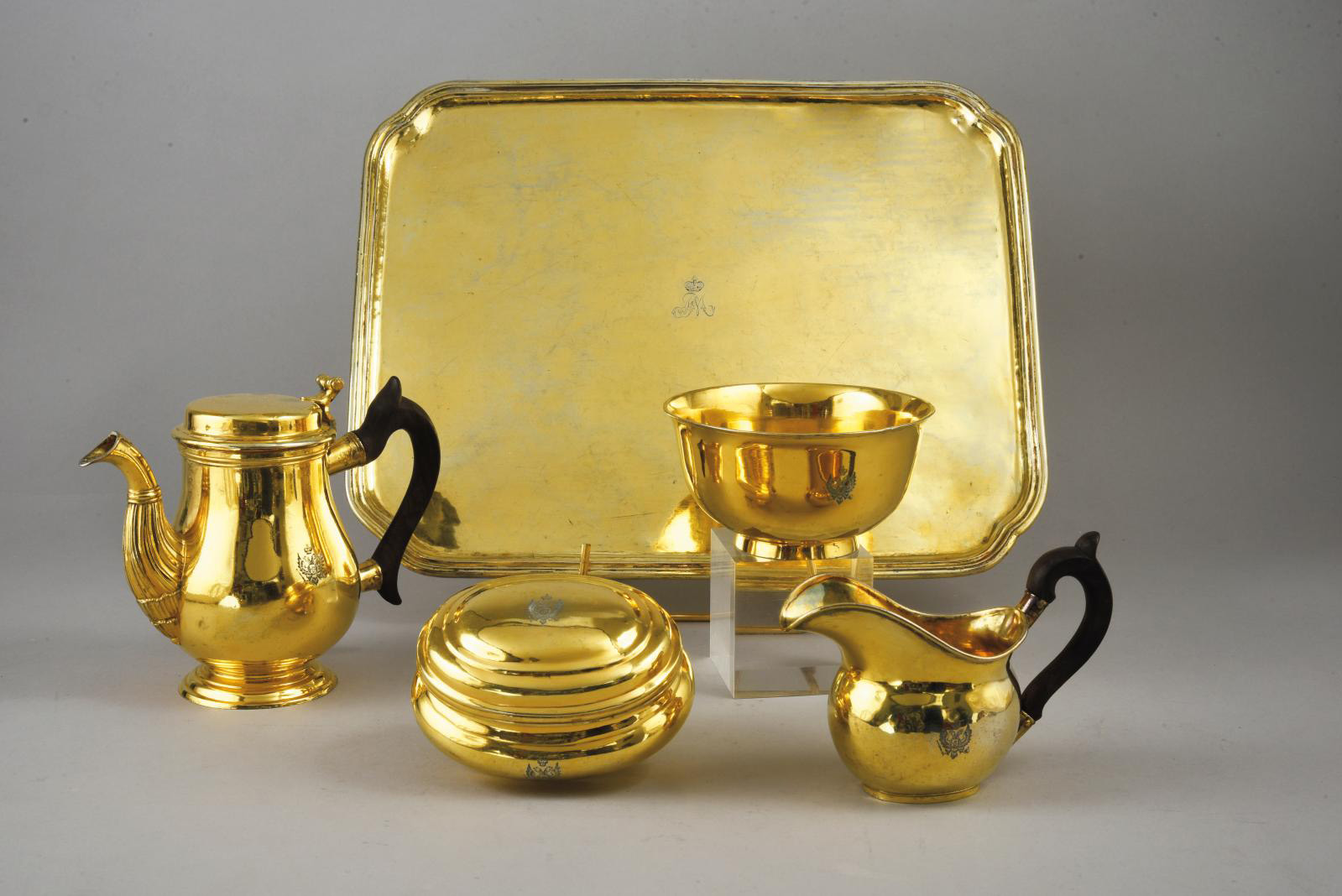 Nobody doubted that the sale devoted to Felix and Irina Yusupov would be successful. The royal couple’s mementos make a huge impression whenever they appear at auction. The prince’s portrait (see below) sold for ten times its estimate, at €106,904, while that of his mother, Princess Zenaida Yusupov, Countess Soumarokoff-Elston (1861–1939), made in pastel by Grand Duchess Elizabeth Feodorovana, fetched €25,760. Other faces recalling the glorious years of Imperial Russia came out of the shadows. A 1911 oil on canvas (52.5 x 49 cm/20.67 x 19.29 in, visible) of the young Princess Irina Alexandrovna (1895–1970) by Alexander Mikhailovich Leoutovsky (1865–1928), a famous court artist, sold for €23,828.

Other highlights included a Fabergé table clock (see right page) and this imperial tea service made during the reign of Catherine II (1762–1796) by Saint Petersburg silversmith Friedrich Kolbun. The vermeil tray, teapot, sugar bowl, milk jug and presentation cup, which fetched €141,680, was made for the Winter Palace for Catherine, her son, the future Paul I, and his second wife, born Princess Sophia-Dorothea of Württemberg, whose monogram is on the tray. Slightly less expensive, but just as historical and imperial, a 1780 vermeil coffee pot sold for €66,976. It bears the hallmarks of master silversmith Johan Henrik Blohm, who worked between 1759 and 1805, and like the tea service, the Romanov's two-headed eagle under their crown.