A divine music rises from this book of chants, uttered by voices in the Middle Ages. 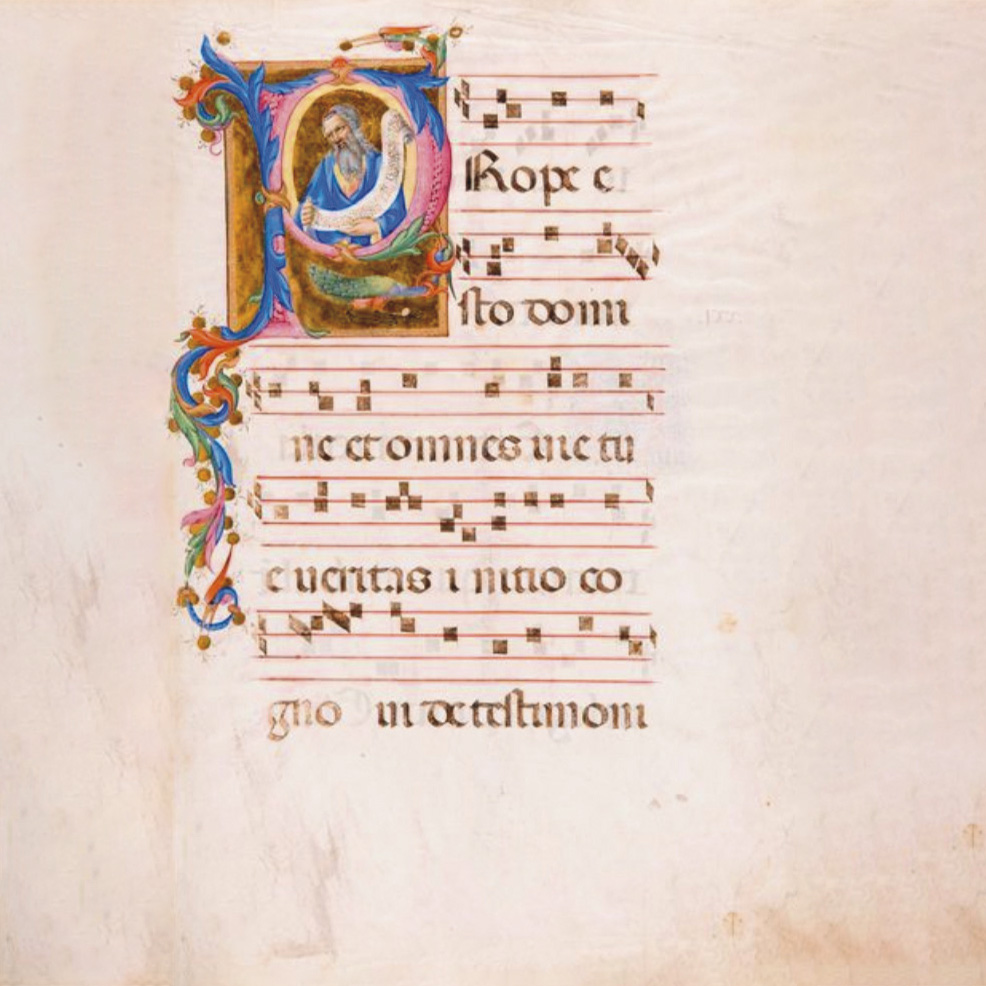 The antiphonary, a collection of liturgical chants written in large letters with the notes of plainsong, would be placed on a big lectern. It was intended for the choirmasters; the singers sang by heart. On its pages were inscribed the antiphons—the melodies of the psalms for the year—sung by the choir during the services celebrated throughout each day by the faithful. It is likely, but not certain, that the first ones appeared under Pope Gregory I, in the 6th century, but these psalters only began to be referenced in abbey libraries at the very end of the 8th century. As time went by, their initials began to be decorated with highly refined miniatures, often enhanced with gold and azure to evoke a closeness to heaven. Today, it is the bids that rise rather than the voices.

The liturgy of the Hours is laid out note by note, embellished by illuminated initial letters.