With this hang, Alexis Bordes focuses on a few aspects of art from the Age of Louis XIV in a dozen works: mythological scenes, portraits and a still life by François Habert. 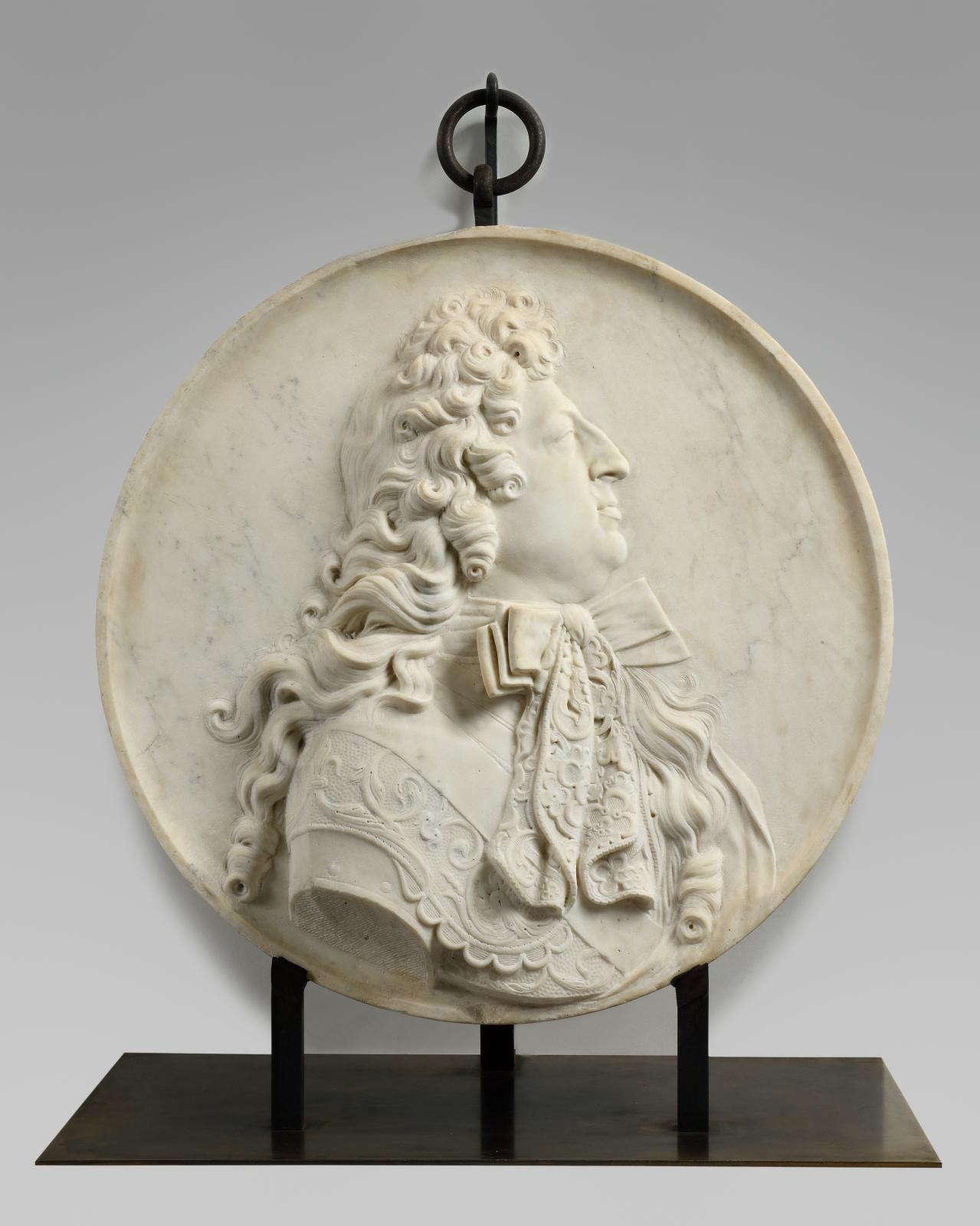 This magisterial Baroque painting is by a relatively unknown artist (active between 1640 and 1655), as Mégane Odille points out in the catalog: "The number of works by François Habert, mostly signed, contrasts with the scant information we have about his life." But the exhibition's strength lies in the portraits brought together in the living room of this Parisian apartment-cum-gallery. The star piece is a Medallion of Louis XIV Seen in Right Profile by Pierre Puget (1620-1694). There are only three other extant versions, now in the Granet Museum in Aix-en-Provence, the Lambinet Museum in Versailles and the Musée des Beaux-Arts in Marseille. In this restrictive exercise aimed at representing a figure of power, the sculptor seems to focus all his attention and inspiration on the hair and the ceremonial garment. Gouge and chisel detail the embroidery, ribbons and materials with great precision and refinement, contrasting with the smooth background.

In a very different style, Nicolas de Largillièrre (1656-1746) depicts Madeleine Le Roux de Tilly in a more intimate manner, with an inward-looking gaze and porcelain-pink skin. In the more austere vein of the northern countries, Cornelis Johnson Van Ceulen (1593-1661) focuses all the light on the face of this notable holding a pair of gloves in a painting dominated by the blacks of the clothing and the midnight blue of the background. "Cornelius Johnson (Jonson or Janssens) Van Ceulen is unfairly ignored in art history books, though considered an excellent portraitist in his time," says Mégane Odille. The show is full of discovery, delight and masterpieces.