Sweden's Theodor Ahrenberg was one of the 20th century’s greatest art collectors. We interviewed his son Staffan, the publisher of Cahiers d'Art. 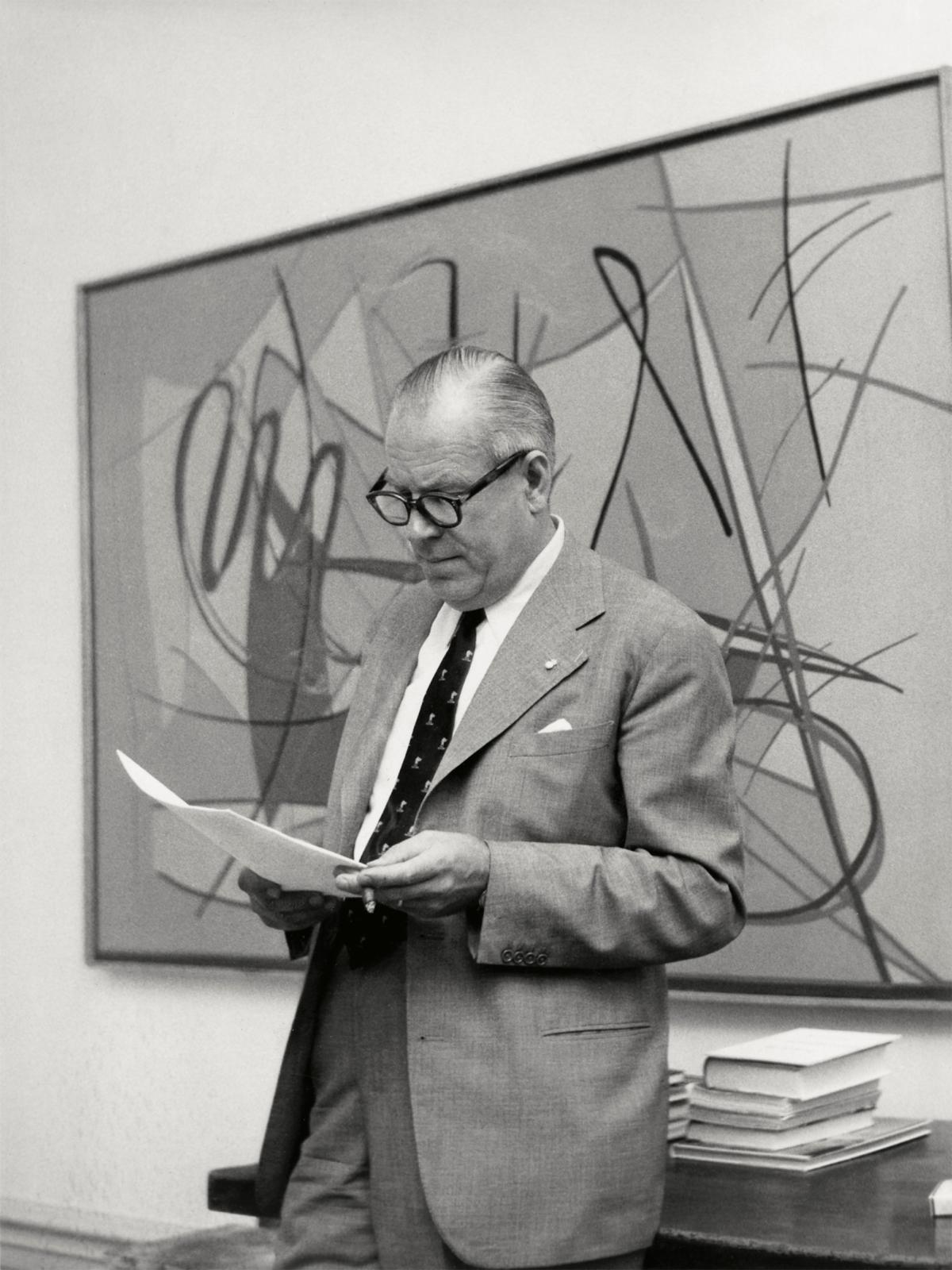 How did your father become a collector?
It was his passion. Nothing, neither his family nor his professional environment, predestined him to become a collector. He acquired his first piece, a lithograph by Picasso, in the late 1940s before moving on to prints, paintings and sculptures. Soon he wanted to meet the artists and from then on he bought works directly from them. He took advantage of his trips as the head of a petrochemical company to visit their studios. In Poland, he met Tadeusz Kantor. In France, he got closer to Matisse and Picasso. He also hosted artists in his Stockholm apartment. Chagall and Tinguely came to stay at his invitation. As his collection became famous, he also got involved in the art scene. He took part in organisations such as the Friends of the Nationalmuseum or the Moderna Museet in Stockholm. He also criticised the shortcomings of cultural policy and the conservatism of institutions, which ruffled some feathers. Moreover, when he proposed depositing his works in a museum, the idea was rejected. so in 1961, he decided to open his own. He asked Le Corbusier to design it. The site was chosen, the plans drawn up. And then everything fell through: following a tax dispute, the government seized his property, including his collection, even before the amount of the adjustment was set (...) Despite multiple appeals, a thousand works were scattered at auction, including 200 by Matisse. Some of them are now hanging in museums, such as Apollo, one of his last cut-out papers, four by three metres, housed in Stockholm's Moderna Museet, and the matching ceramic fresco, which belongs to the Toledo Museum in Ohio. One thing is certain: our family lost a lot in this case, and so did Sweden. In 1962, we went into exile at Chexbres, a village near Lausanne, in Switzerland. I was five years old.

Did your father start a new collection?
Yes, after a severe depression. The Swedish government confiscated his passport and he could no longer travel, so he brought the artists to his home. There was an old winegrower's house on our property that he converted into a studio-residence where, for about 15 years, he hosted over 120 artists, including Tinguely, Niki de Saint Phalle, Arman, Christo, Fontana, Mark Tobey and Tadeusz Kantor. The same passion drove him until his death in 1989. His collection has over 5,000 works.

Did you inherit his love for art?
I grew up surrounded by art works and artists. Art is in my DNA, and I’m still interested in it. At 19, I went to Stockholm to study economics. There, I became friends with painter Axel Knipschild, who had worked at our home in Chexbres. He’d taken over a gallery, so I helped him organise exhibitions. He helped me understand abstract art and I started buying works. I’ve almost never stopped, although I may slow down depending on the period. My tastes have changed. In 1986, I went to Los Angeles to work as a film producer. During my 10 years in the United States, I discovered Baldessari, Longo, Kippenberger, Nauman, Wesselman and Condo. Back in Europe, I added works by Richard Serra, Luc Tuymans, Jenny Holzer and Ellsworth Kelly to my collection. Like my father, I’ve always loved being around artists. But I didn’t collect as systematically as he did, and I’d rather buy at galleries or auctions. Times have changed. In the past, artists were more interested in the company of collectors.

"There was an old winegrower's house on our property that he converted into a studio-residence where, for about 15 years, he hosted over 120 artists, including Tinguely, Niki de Saint Phalle, Arman, Christo, Fontana, Mark Tobey and Tadeusz Kantor. His collection has over 5,000 works."

What led you to take over the legendary Cahiers d'Art review founded by Christian Zervos in the 1930s?
It was a coincidence. Or fate. I stumbled upon the gallery on rue du Dragon during a trip to Paris in April 2010. I used to walk through the neighbourhood regularly but hadn't noticed it. Of course, I knew the magazine: my father was a subscriber and I used to leaf through it as a teenager. I also knew it hadn't come out in a long time. So I walked in out of curiosity and talked to the man who seemed to be running the gallery. In fact, his brother, Yves de Fontbrune, was the owner. The next day, he contacted me: he was just about to sell. The deal was sealed a few months later. Sam Keller, director of the Beyeler Foundation, and Hans Ulrich Obrist, critic and exhibition curator, helped me in this adventure. Our goal is to preserve the magazine’s spirit, graphics, standards and eclecticism. To that end, we’re interested in Zervos' favourite artists, such as Picasso, Miró and Calder, and work with their rights holders or families. We also work with contemporary artists, such as Ellsworth Kelly, with whom we collaborated until his death in 2015, Rosemarie Trockel, Gabriel Orozco and recently Ai Weiwei, to whom we dedicated an exhibition.

Why are you cataloguing your father’s collection?
I've been cataloguing it for the past two years. In addition to the firm intention of building a single collection with mine, I’d like to make a coherent whole without losing the specific character of each of them. These are two very personal collections, which reflect our journeys. For now, I'm purging them. I'm also thinking about the future. Maybe I'll set up a foundation, perhaps in Stockholm. But nothing’s been decided yet.