Despite the cancelation of the FIAC, several Paris fairs were held in the capital between October 15 and 25. While not always successful in terms of audience, the continuation of these events, even in a smaller format, showed true solidarity within the profession. 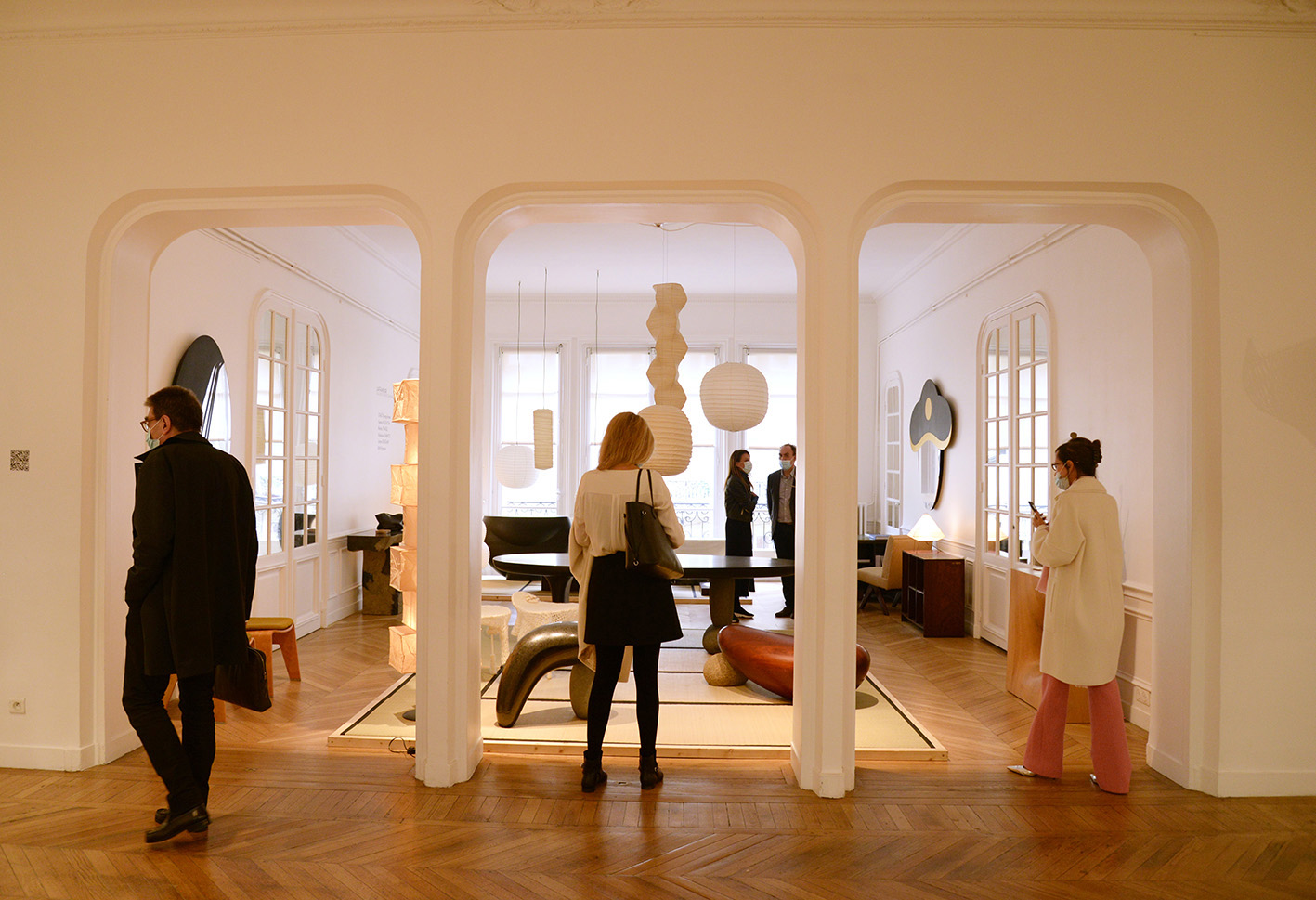 Even though there was a dearth of foreign collectors due to the pandemic and more stringent health precautions, the art fairs and shows that maintained the events traditionally scheduled during Paris Art Week, even in an adapted form, were right to do so—or, at any rate, had the merit of existing. Without the FIAC to act as a driving force for them in the Grand Palais, these events did more than just withstand the circumstances, if we look at the attendance figures reported by Asia Now and Galeristes, two of the best established "fringe" participants. The former reported 10,000 admissions, compared with 19,800 in 2019, even though capacity was limited to 300 people and the fair had one day lopped off. The latter reported 8,000 visitors at the Carreau du Temple (in the Marais neighborhood), where some 11,000 turned up last year. Meanwhile, the level of sales, while not reaching the heights of carefree pre-Covid editions, seems to have surprised and even satisfied most of the participating gallery owners and dealers, since none of them really expected any "miracles".
"We were disappointed by the cancellation of the FIAC, and wanted to show our commitment to the Paris scene during a week that is usually so festive," says Anne-Claudie Coric from Templon, present at Asia Now. "It also gave us a chance to showcase our Indian artists, who have been suffering from a particularly stringent lockdown in their country for the past eight months." Even if the gallery owner found the public at this show dedicated to Asian arts "serious-minded but cautious", the sale at her stand of several sculptures by Japanese artist Chiharu Shiota at €30,000 or €40,000 each, and her large central installation priced at €160,000, were encouraging signs. "Asia Now was an opportunity to highlight the work of a leading Korean artist, Kim Tschang-Yeul," said Almine Rech, who sold two drawings and three paintings by him for between €20,000 and €100,000 each. "Love and passion for art will always transcend the limits imposed on us by Covid-19," said Antoine Le Clézio of A2Z Art Gallery, whose stand gained from the proximity of major names like Nathalie Obadia, Perrotin and Continua. "Visitors were hungry for art and fairs," said Marella Rossi Mosseri of Art Link, who also felt that her participation in Asia Now produced satisfying results. "The physical relationship between dealers and collectors will never be replaced by Viewing Rooms," said Véronique Jaeger of Jeanne Bucher Jaeger, who championed the work of Indian artist Zarina Hashmi at Asia Now. "The health crisis has not changed financial reality for many collectors," said Maria Lund, who sold several drawings by Min Jung-Yeon. "Organizing fairs in this context requires a lot of energy from our profession, but 'being there in the flesh' is still crucial."

Sticking Together
With Galeristes, professionals' assessments and impressions were similar. "We sold a good number of pieces at under €3,000 and are awaiting confirmations for works worth over €10,000—which is pretty satisfactory, given our moderate hopes before the show," said Adeline Jeudy of the L.J. gallery. And, she added, "without foreign collectors or visitors from the provinces, the prospects were a bit limited, but the dynamic energy was definitely there." For Clémence Houdart and Charles-Wesley of 31 Project, "the general pace seemed rather slow and the level of business below expectations, but it's always better than events that are 100% online." "Every event outside the gallery is an opportunity to see collectors who don't make it to Rennes," said Florent Paumelle of the Breton gallery Oniris. "Even without the FIAC, and though it took place in the middle of the half-term holiday, audiences turned up." For her part, Pauline Pavec felt that "collectors were keen to buy". "Since the beginning of the new autumn season and after lockdown, there has been a real revival, a sense of new, fresh desire," said the gallery owner, who nonetheless makes use of "other ways to meet each other and share our artistic discoveries", via the social media in particular. Léopold Legros of T&L praised the solidarity shown by the profession in this tough economic, social and health context: "Everyone is in the same boat!" This solidarity gives the lie to the CPGA (professional committee of art galleries), which last April predicted that a third of galleries in France would close by the end of 2020, according to a survey of its members.
At the end of Private Choice and this rather different Paris Art Week, Valérie Hasson-Benillouche of the Galerie Charlot believed that these "more personalized" physical events have become "more qualitative". "Even at this time, collectors, museums and private institutions seem to be highly enthusiastic and eager to support contemporary creation," said organizer Nadia Candet, who is proud of the sterling work accomplished, even though attendance was down by around 20%.
Paris Internationale 2020 explored a similar concept this year, and the reactions were decidedly positive. "We sold all the pieces we showed at the fair, and most of the ones in the online viewing room," said Robert Fitzpatrick. "It was important to stage an event that took into account the unprecedented situation we are living through. It wasn't possible to hold a fair in the traditional format, and it would have been unfair to just cancel it, given everyone's hard work," said Alix Dionot-Morani of the Crèvecœur gallery. Even the Urban Art Fair with its solo shows staged in the Espace Ellia, in the Marais, managed to salvage something from the situation, according to Stéphane Ellia, who praised the "unity" of the event, and Stéphanie Dendura of Agence SD. She met "collectors who were more thoughtful when it came to buying, but were really keen to acquire works of art."