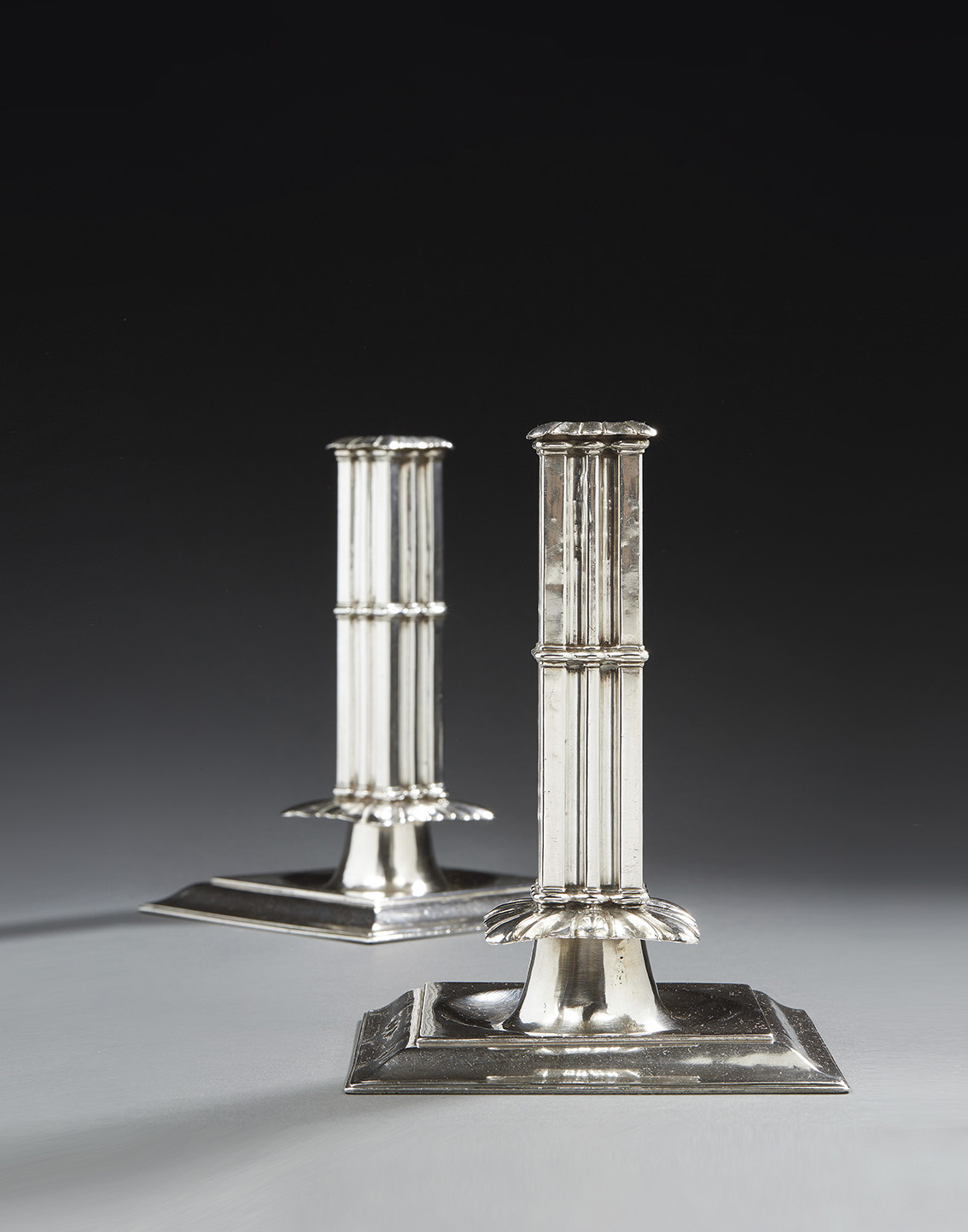 In an article about this rare collection, La Gazette reported on Marcel Sztejnberg’s interest in antique French silverwork and why he decided to sell his collection. Part one included 140 lots obtaining a total result of €1,920,064. The pieces sported a wealth of hallmarks from Clermont-Ferrand, Rennes, Strasbourg, Dunkirk, Dôle, Nantes and Angers, recalling the vitality of silversmithing in the provinces.

A pair of incredibly modern-looking candlesticks fetched the highest bid. If it weren’t for the date, 1687, they could be taken for an Art Deco model.  These major pieces made by Antoine I Neyrat in Clermont-Ferrand fetched €243,200. They date from a time before items like this were melted down to fund the French kingdom’s wars. An eight-sided saltcellar "à rouleaux" (weight: 128.1 gr./4.51 oz.) crafted by Théodore Chastelain (admitted as master 1656) in Paris in around 1670-1671 sold for €74,240.

An attractive silver toiletry set with four powder boxes, made in Rennes in around 1750-1753, was expected to fetch the highest bid but finally achieved second place with €204,800: a fine sum, nonetheless.

An Art Nouveau Snail for MAD in Paris