Shining a Spotlight on the ADIAF, the Group Behind the Marcel-Duchamp Award

ADIAF created the Marcel Duchamp Award to shine a spotlight on France’s art scene. To celebrate its 20th anniversary, here’s a look back at this adventure and what it has accomplished. 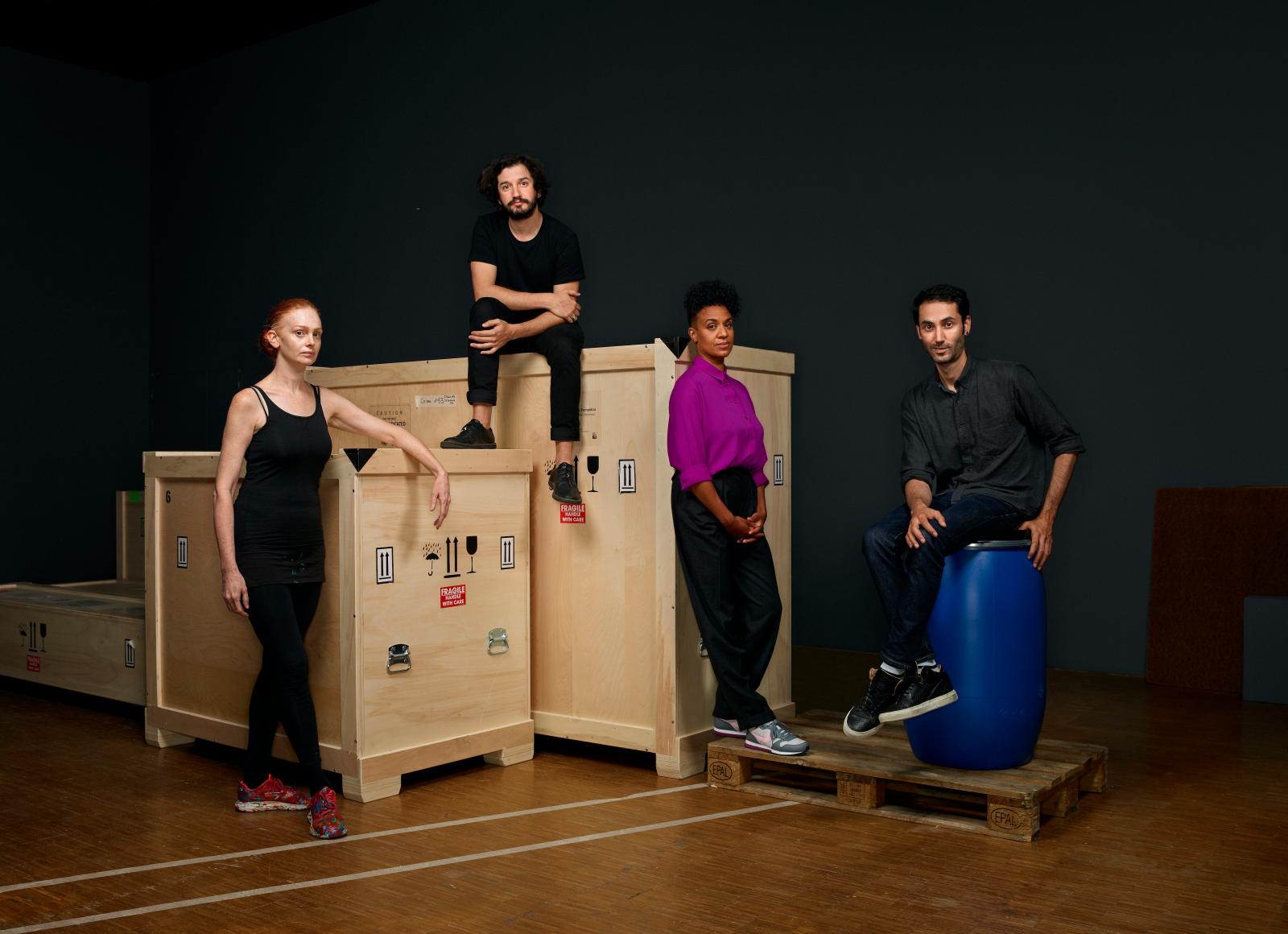 The Marcel Duchamp Award is one of the major autumn events in Paris. Every year in October the €35,000 prize is given to an artist who is French or working in France with the aim of highlighting the French art scene’s teeming creativity. Chosen from four nominees, the winner is traditionally announced during the FIAC, which was canceled this year due to Covid. But the announcement went forward at the Pompidou Centre, as usual. A Franco-Canadian artist whose floral compositions refer to the history of the independence of African countries received this year’s prize, which is also celebrating its 20th anniversary with around 10 exhibitions that will travel all over France, starting in Paris—an opportunity to look back at the past two decades.
The award was created by ADIAF, the Association pour la diffusion internationale de l’art français (Association for the International Dissemination of French Art), which former Nina Ricci CEO Gilles Fuchs, "worried about the slow decline of French art in the world", set up in 1994. "Back then,” he recalls, “the French scene was going through one its worst times in history. Duchamp and Matisse had died in the late 1960s and Dubuffet in 1985." Meanwhile, the Pop Art tidal wave had swept away movements such as New Realism, New Figuration and Supports/Surfaces. According to ADIAF, to raise the profile of French visual artists it was necessary to foster the development of a network of collectors, who, once they existed, preferred to cultivate secrecy.

A Growing Organization
ADIAF developed members-only activities. "I learned a lot by meeting people, traveling around France as well as abroad and visiting museums and private collections," says Colette Tornier of Grenoble, who joined the group after a career in health care. ADIAF offers dinners with figures in the art world and, of course, studio visits. They have occurred more frequently since 2017, when, under the impetus of Ronan Grossiat, a vibrant financier in his forties, "Émergence" was created, a program that introduces work by young talents and creates a breeding ground for future Marcel Duchamp Award winners. Over the years, ADIAF’s growth curve has been generally upward, interspersed with slumps during times of crisis, such as the coronavirus epidemic. But the trend remains buoyant. "At first there were just five of us,” says Mr. Fuchs. “Today there are nearly 400." Critic Roxana Azimi says, “ADIAF has undoubtedly helped put collectors at ease. They’re coming out of the woods. It’s also shown that there are many of them, small and medium, all very enthusiastic." The triennial "De leur temps" (“In Their Time”), which ADIAF has held since 2004 across France from Tourcoing to Nantes, and this summer in Avignon, provides an overview of its members’ new acquisitions.Their profile—often professionals or manufacturers in their fifties, young and old retirees, sometimes in couples and mostly in Paris—has grown slightly younger in recent years. Most are satisfied with buying artworks, but for a rising number that is not enough. In 2006, Florence and Daniel Guerlain, two of the longest-standing members, created a contemporary drawing award. Five years ago, Ms. Tornier started an artist’s residency on her estate in Grenoble. Renato Casciani, a doctor in Lille, wears many hats, including chairman of the Friends of the FRAC Nord-Pas-de-Calais and member of the Friends of Fresnoy and the LAM of Tourcoing. He mounts exhibitions and is organizing a video art fair for October 2021. The young generation’s commitment is more "societal", says Ronan Grossiat, who supports the production of works. "The initiatives,” he says, “can take a wide range of forms and are usually low-profile: help with funding a publication, a residency abroad or, during the lockdown, a subsidy to compensate for the cancellation of an exhibition."

Fierce Competition
The activity that gets the most media attention is the Marcel Duchamp Award, whose originality lies in the fact that members choose the nominees. Each one submits four names. Artists nominated by more than five members go before two successive internal selection committees, which pick four finalists. An international jury then chooses the winner. The award’s visibility owes much to its partnership since the beginning with the Centre Pompidou, which exhibits the winner’s work each year for three months. At first, the four finalists’ work was shown at the same time at the FIAC. "This required a big investment on their part for a four-day exhibition," says gallery owner Michel Rein. “Fortunately, the format has changed." Indeed, since 2016, the Centre Pompidou has hosted the four nominees, “ensuring that they’ll be seen by thousands of visitors," says Mr. Rein. This essential show is partly funded by the ADIAF. In 2020, the usual prize of €7,500 per nominee was increased to €10,000 due to the economic situation. At the same time, ADIAF holds international exhibitions (about 20 since 2010) to ensure its artists’ visibility.
What is the assessment of this adventure today? When the Duchamp Award was launched, its goal was to rival Britain’s mighty Turner Prize. Today, "it’s the most important French award", says RX gallery director Éric Dereumaux. The artists are conscious of this. "It has unquestionably helped my work be taken seriously, or at least more seriously than before," says Thomas Hirschhorn, who won the first Duchamp Award in 2000. Laurent Grasso, the 2008 winner, is aware of how lucky he is to have his works "travel from Belgium to Korea and China." In any case, competition is increasingly fierce. "It’s like a board game,” says Mr. Rein. “You can skip over several boxes without getting straight to the end." One thing is sure: ADIAF has reached a turning point in its history. Which way will it go when Mr. Fuchs steps down? For now, the group is still working on improving how it operates, notably by developing digital tools. The virtual studio visits launched during the lockdown have been kept, for they help reach collectors living outside Paris. Above all, ADIAF aims to pursue its international growth as soon as the health crisis ends. Exhibitions in China, Russia, the United States and Colombia are already in the pipeline. Lastly, money must be found. The association’s budget (excluding international exhibitions) is around €350,000, half of which comes from members’ dues, the other half from benefactors. There is no lack of willingness but the right road forward must be found.