Fine results for the "cabaret de femmes célèbres" ("cabaret of famous women") service from Sèvres, and goldwork boxes from the Empire. 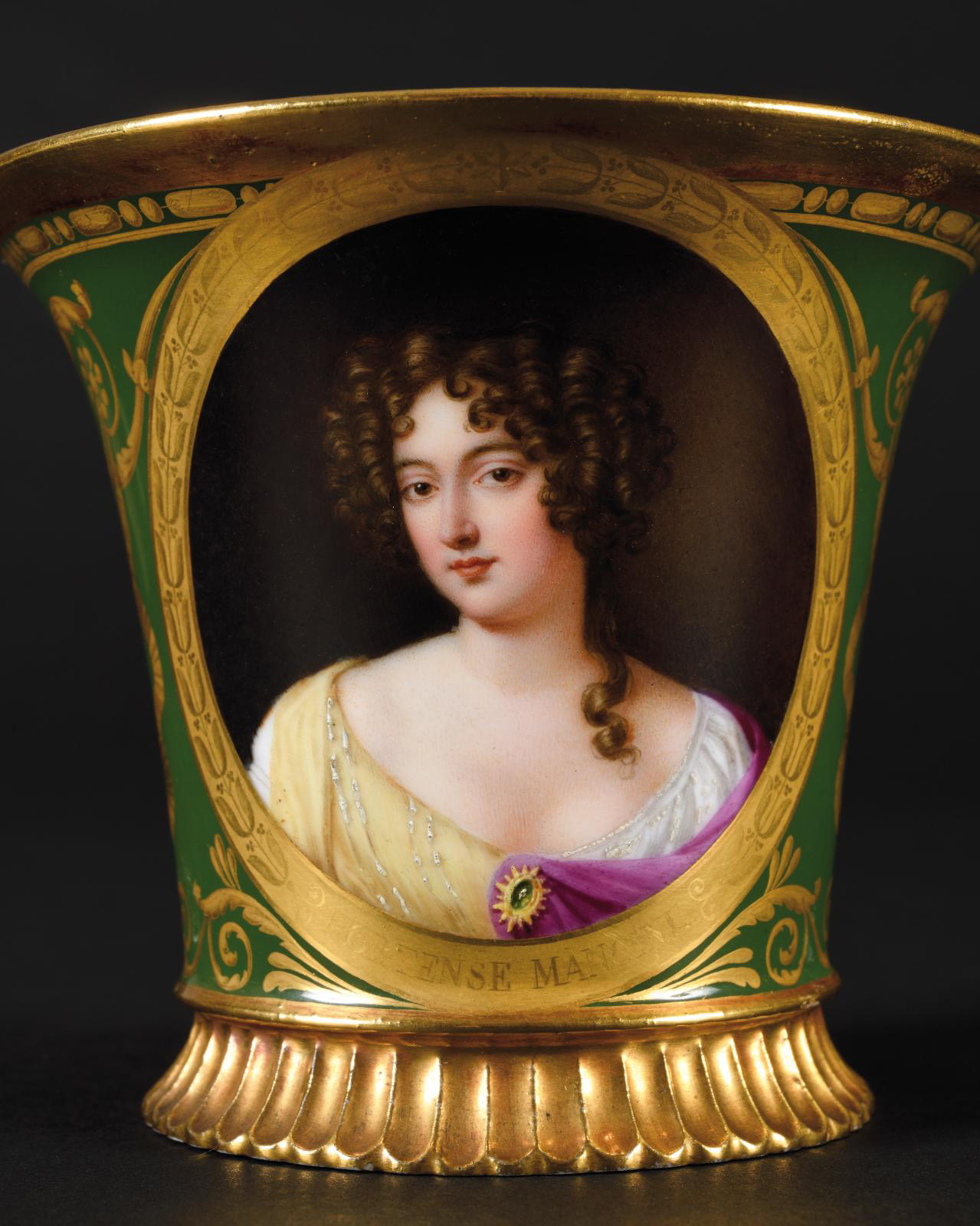 Expected to sell for no more than €100,000, this Sèvres service finally made €262,500 at this Empire-themed sale. The director of the famous factory, Alexandre Brongniart, thus achieved success well beyond his century when in 1806 he decided to revive the decoration of these types of dinner sets, perpetuating their appeal to customers so that they would want to offer them as gifts. Product marketing before its time, and no mistake! These cabaret sets were promoted through images of warriors, literary figures, painters, sculptors, musicians and the famous women whose portraits feature on this set. It was given to one of them, the Comtesse de Ségur, by Empress Marie-Louise in 1813.

Another memento of the Empress garnered €18,750: a presentation pocket watch in gold, blue enamel and fine pearls made in c. 1813, and attributed to Nitot. The Duchesse de Bassano was also in the spotlight, with a miniature portrait of her painted by Jean Baptiste Isabey (1767-1855) adorning a gold box made by Étienne Lucien Blerzy. This fetched €106,250. An oval Egyptian agate snuffbox with the profile of the future King of Naples, Joachim Murat, carved in a chalcedony cameo attributed to Saveria de Simoni, also caused a sensation at €68,750. According to family tradition, it was given to him by Napoleon I for his wedding, and the stone was picked up in the land of the Pharaohs just after the Battle of the Pyramids in 1798.