Sebastião Salgado: "Photography Has Been a Way of Living and Seeing"

In a career spanning nearly five decades, Sebastião Salgado has traveled the world to report on the lives of people and the state of the planet. At 77, the multi-award-winning academician still defines himself as a photographer. 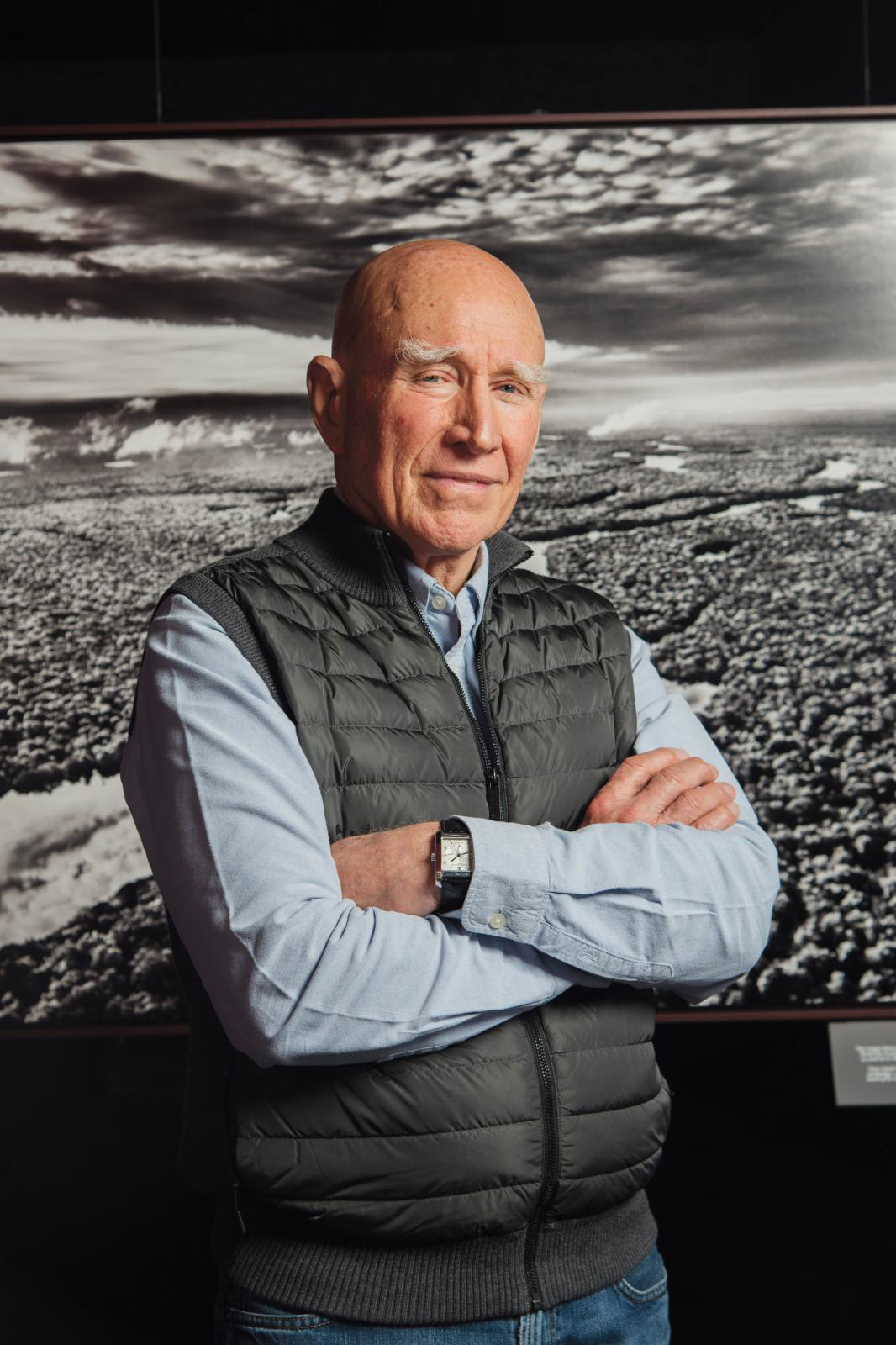 In hindsight, what do you think of your career?
I left Brazil with my wife in 1969 and became a photographer in 1973, after studying economics. Photography has been a way of living and seeing throughout my career. I’m not an activist for any particular party or cause, but I’m concerned about what’s happening on the other side of the globe because of my heritage. I come from a country that’s still in the process of development, and I’m part of the generation that left the countryside for the city. I campaigned against the dictatorship until I had to leave.

Your books, whose titles speak for themselves, mark your path as well as social issues of the past 50 years. Does each one attest to a chapter in your life?
Yes, because each represents several years of work. But above all, I photographed immigrants because I was one myself, refugees, because I was one too, and if I was interested in workers, it’s because to me the working class is the basis of the economy. The images in Other Americas were made after a period when I couldn’t travel because I was a refugee in France. When I became a naturalized citizen, I left for Latin America to get closer to Brazil, where I was only allowed to return after the book was finished. I wanted to get as close as possible to my culture and my roots to explore traditional and still-intact societies. Today, this reality no longer exists because these communities are no longer isolated: I photographed the end of an era. For Sahel: The End of the Road, I worked with humanitarian groups such as Doctors Without Borders. We didn't really understand what caused the famine. Today, we know it was the beginning of global warming as the desert advanced into the Sahel region.

Was the human being your only focus?
Yes. Until the 2000s, I only photographed human beings. I wanted to show people here their dignity. The ideas of community, solidarity, sharing and the distribution of wealth were deeply rooted in me. There’s a shocking contrast between the way of life here and elsewhere. The Hand of Man is the bridge between these two worlds. By showing workers in China, India and Brazil, the book explains why entire manufacturing sectors were vanishing in Europe. This was the start of globalization, although the word hadn’t been coined yet. This archeological work led to the next subject, exodus. I saw metropolises like São Paulo, Mumbai, Shanghai, Jakarta and Mexico City grow from five million to 15 million inhabitants. I witnessed the reorganization of the human family.

You were a brilliant economics student and learned photography on the job. What were the stages of this learning process?
After having my first pictures published in the press and working at the Sygma agency, I had to go to school. The Gamma agency played that role. That’s where I was trained in journalism by Floris de Bonneville (editor’s note: editorial director from 1968 to 1996). I learned to use the skills I had acquired summing things up in images. We covered events around the world: telegrams would arrive in the morning and by nightfall, we’d be on the plane. For example, I went to South Africa for Time Magazine: I had one day to size up the situation, two days to find my way around and another two days to take pictures. I had to be quick.

What did you learn from Magnum, which you joined in 1979?
Magnum was my gateway to heaven. It’s where I learned to work on a long-term basis, i.e., several years on each topic. I was already friends with Henri Cartier-Bresson and Erich Lessing before I got there. They took me under their wing and Magnum introduced me to magazines that supported me over time: Paris Match in France, El País in Spain, and Stern in Germany.

In the 1980s and 1990s, you won major international awards. However, critics quickly accused you of exploiting human misery. What was your reaction?
People said I aestheticized misery, but I couldn't do otherwise. Black and white, light and composition, that’s how I do things. I was successful with the press and American collectors. When the attacks were at their height, I quit Magnum, but for other reasons, and set up my own agency (editor’s note: Amazonas Images) with my wife Lélia. I got depressed after Rwanda and Yugoslavia and left photography in the late 1990s. In 1997, we moved back to Brazil to take over my parents’ farm, but the soil was so poor that it was unusable. My wife said, "It's as sick as you are. The only thing we can do is plant trees." And that's what we did, creating Instituto Terra, which has since planted 2.5 million trees.

You’ve just received the Praemium Imperiale, created by the Japan Art Association and considered the Nobel Prize of the arts. What does this award mean to you?
It’s a recognition. It’s particularly touching because it comes from Japan, a country close to Brazil’s modern history. I feel deeply honored, as I did recently when Harvard University awarded me an honorary Doctor of Arts degree. I also enjoy my work at the Academy of Fine Arts, where my painter, sculptor, architect, filmmaker and musician colleagues and I discuss everything under the sun during weekly meetings and give out awards to support artists who need it. But my life is about something else. I’m a photographer.

Your body of work is a kind of heritage for humanity. How do you envisage its transmission?
We’re considering setting up a foundation in France, but nothing’s settled yet. For now, my archives are alive: we do exhibitions, books, etc. I’m 77 so it’s time to start thinking seriously about it, but we have to find a place and that’s not easy.

In your eyes, what’s more important: your photos or the trees you’ve planted, which in a way represent the future?
I don't have to choose. To me, they’re the same thing because photography brought me to trees, to the Amazon and to ecology. In the 2000s, I picked up my camera again for Genesis, a book about landscapes, animals, and people in their original state. Then I made Amazônia. This happened at a time when ecology was becoming an issue for everyone, and the world became aware that the Amazon is essential for the planet. My life is what pushed me there. Photography is still what keeps me going.