Presented in the Museon Arlaten's Jesuit chapel (which opened in May after many years of restoration), the exhibition on Sabine Weiss (b. 1924) is a tribute to the last exponent of humanist photography. 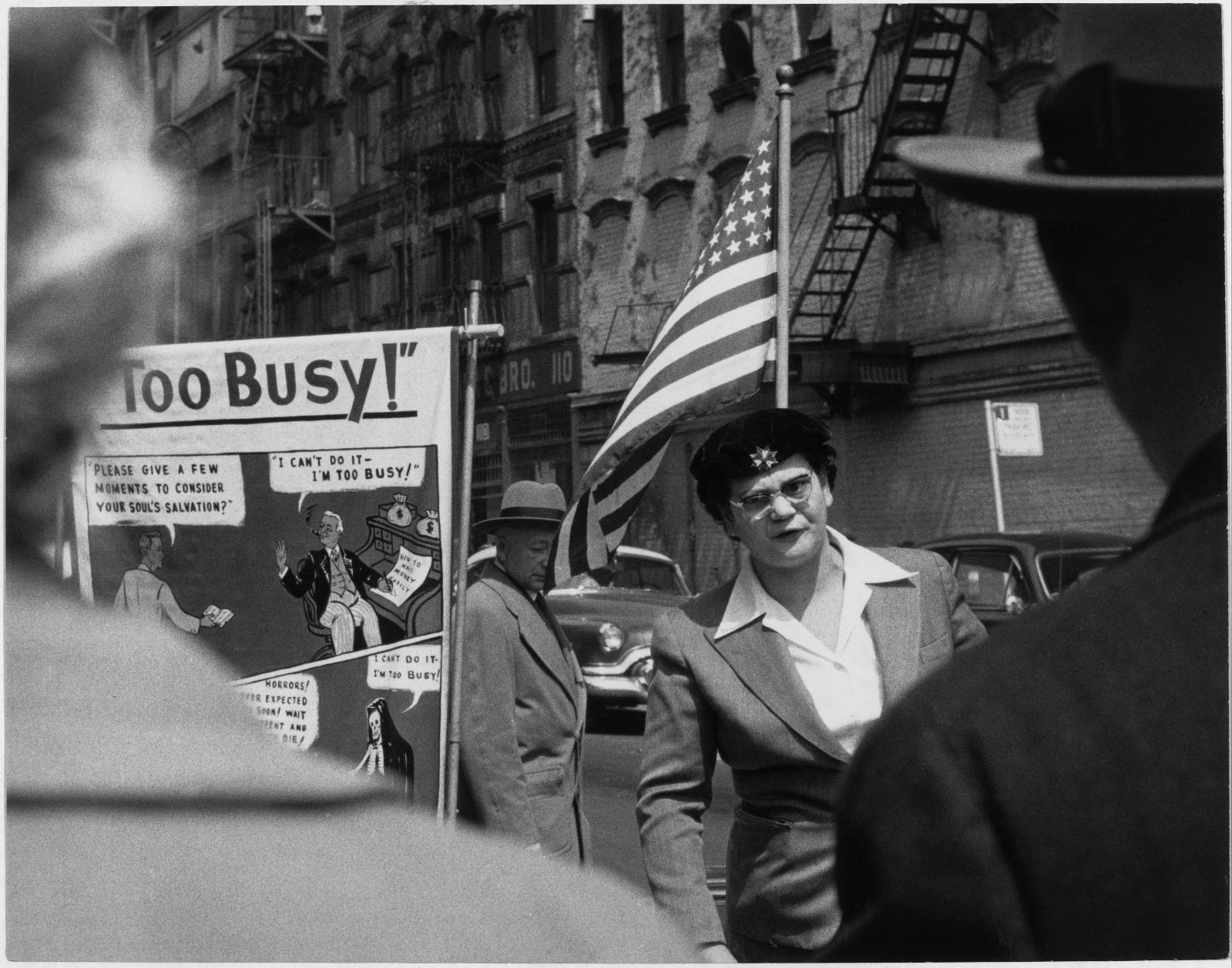 Her black and white prints have a natural place in this majestic setting. The chronological circuit includes a few icons, like a night-time image of a man seen from behind running down a cobbled street, and portraits of children. But the aim here is quite different. The idea is to trace the multiple facets of a woman modern long before her time, who decided to become an independent photographer in 1949. Whether photo reports, illustrations, fashion, advertising or portraiture, Sabine Weiss did it all, in the form of both commissioned and personal work. The exhibition includes several unpublished works, and is divided into small groups from the same series, or based on the same theme, focusing on her most productive decade: 1952 to 1962. For example, we discover arresting, never-before-published reports on foster families for the mentally handicapped in central France (1951-1952), the streets of New York in 1955, and transvestites in Pigalle, Paris, in 1959. We also travel from Israel to Berlin, via Venice. And, with a nod to Provence, the exhibition includes two series based on Tarascon and Saintes-Maries-de-la-Mer. The exhibition is rounded off with original diaries, facsimiles of personal documents and self-portraits. A life in photographs helping us to rediscover the woman we thought we knew inside out.