A famous expert in a discipline considered somewhat dull, the heiress to the venerable firm founded by Etienne Bourgey in 1895 is also a prolific novelist and an atypical collector with a pronounced taste for adventure. 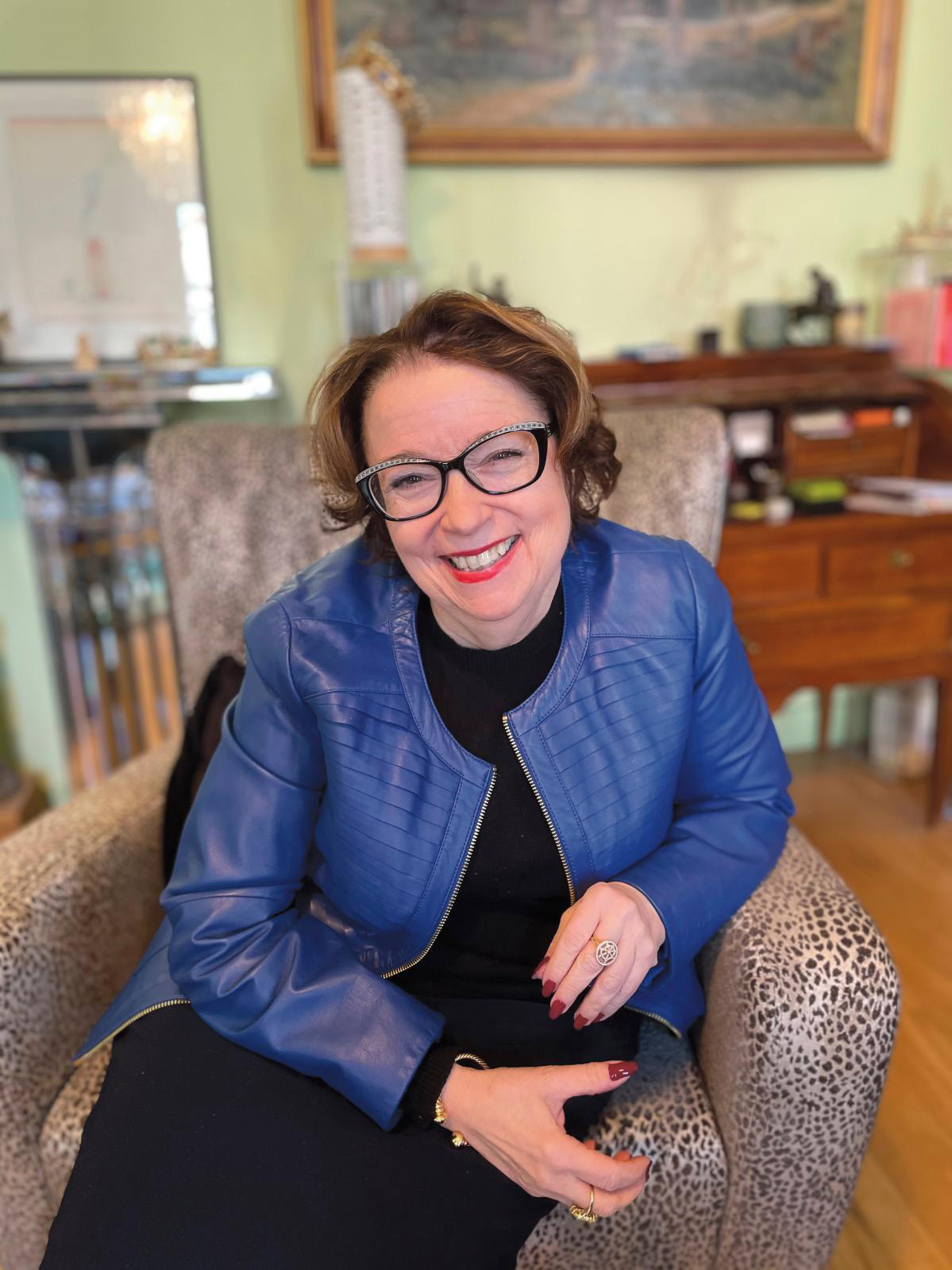 When she attends a dinner party and guests ask her what she does, Sabine Bourgey says she works in the art market. "At this, people are all enthusiastic," says Étienne Bourgey's granddaughter. "But when I say I'm a numismatist, they look at me askance. At best, they ask politely if I manage to make a living out of it!" The conversation then usually moves onto something totally different. Not one of them dreams that the French capital's most famous numismatist recently sold five large Roman gold coins listed as national treasures to the Banque de France. Sabine Bourgey was introduced to the discipline when she was very young at her family's firm on Rue Drouot, in Paris. In this bourgeois apartment fitted out in 1907 by her grandfather Etienne, nothing has changed: neither the general layout, nor the interior design, nor the furniture—not even the copper plate on the front door or the doorbell, which visitors must pull as before. The only changes involve the library, now spilling over into every room, as it has grown over the decades, and the office she officiates in, repainted bright red. A detail that says much about an atypical heiress.

You recently published a book on inheritance. As a daughter and granddaughter yourself, this is something you are familiar with…
It's true, I know what it is to inherit a firm, a profession and a collection. But this book, which deals with all the practical and symbolic aspects of inheritance, is mainly based on the experience I have acquired in my work. In numismatics, only 20% to 30% of transactions are made during the collector's lifetime. Otherwise, they mostly involve inherited items put up for sale by the children or the widow. I say "widow" because women normally don't collect coins, or very rarely, at least. It is typically the passion of discreet and even secretive men. Sometimes the heirs discover a collection they had no idea existed in the deceased's safe.

What are collectors of ancient coins looking for?
A journey through history. Twenty-eight centuries are available to them! There is also the satisfaction of extending one's culture, the sensuous pleasure of touching a beautiful gold or silver coin, and pondering the details of the engraving and the symbols depicted. You don't need to be rich to treat yourself: a fine Roman denarius with Caracalla on the obverse and Jupiter on the reverse costs €150 to 200. And then, there is something very powerful about actually holding an object once used by someone in Antiquity or the Middle Ages. A coin talks about history, the economy, the exercise of power, mentalities, aesthetics and much more. It encapsulates an era in an extraordinary way. It's as though hundreds of books are summarized on a tiny surface.

How did you get involved in numismatics?
As a child, I used to accompany my father to the firm on Saturdays. He would attend to his business and I would look at the objects displayed in the window, open the folders, and spend hours gazing at the coins. Sometimes he would show me the large gold multiples from the Beaurains treasure kept in cotton in the safe. I think the shutters were always closed, which added to the mysterious atmosphere of the place. We would also go to the huge old majestic Drouot auction house, with its large curtains. Fortunately, I had a feeling for history; that's what has kept me interested in this business. After my Ph.D. on Roman coins, I traveled around a bit. I was involved with the archaeological excavations of the Spanish galleon Nuestra Señora de las Maravillas, which sunk in 1656 off the Bahamas on its return from the New World. Over a period of fifteen years, Herbert Humphrey, who was in charge of operations, recovered some magnificent jewels, including hundreds of rough emeralds. Obviously, this experience gave me a passion for treasure. I wrote two books about them: Trésors, archives secrètes (Treasures, Secret Archives), published by Errance in 1988, and Trésors, légendes et réalités (Treasures, Legends and Realities), published by L'Amateur in 1996.

The Bourgey firm has some experience in terms of treasure, doesn't it?
We have always had a cupboard full of archives on this subject. My grandfather had the chance to assess the Beaurains treasure, discovered in 1922, near Arras in Northern France. About fifteen years later, he was in charge of evaluating the trove found in Rue Mouffetard. This was another amazing story involving a dilapidated building in the 5th arrondissement of Paris, demolition work and the discovery by the workers of 3,500 gold coins dating from the reign of Louis XV, packed like sausages. The affair caused quite a stir, especially because the Court of Cassation ruled that the treasure had to be shared among the 83 heirs of Louis Nivelle as well as with the discoverers and the owner of the land. Nivelle had hidden the stash, rolled up in his will, for his daughter Anne-Lise. She was born on October 27, like me. I loved this synchronicity. The whole story inspired me to write a novel: Le Trésor de la rue Mouffetard (The Treasure of the Rue Mouffetard), which I published in 2012, with Bourgey.

You are also very interested in an essential ingredient for any treasure seeker: luck!
Whether you are a plumber or a businessman, it is crucial to success. Luck also played a part in the firm's history: when he moved here, my grandfather met an American, a well-informed numismatist, on the stairs. This Mr. Huntington, whose family was building railroads in the US, bought his entire stock! He became his most loyal customer, and so the saga began... I looked into this concept in L'Art et la manière d'avoir de la chance (The Art and the Way To Be Lucky, Le Cherche-Midi, 2009). I deduced that there were two kinds of luck: the so-called "Hollywood" sort, which could be the plane you missed because of a last-minute hindrance and which then crashes, and the behavioral kind connected with confidence in oneself and in life, and open-mindedness. That's an aspect we can try to work on.

Do you yourself collect?
When I was 15, I started a collection of packaged sugars with a friend. We made a bet to collect ten thousand of them in ten years. She gave up along the way, but I continued: I was really proud that my little squares featured in the 1978 exhibition on "Art of Sugar" at the Musée des Arts Décoratifs! At present, I am collecting rhinestone tiaras for the stage, and also wooden ducks, which I customize. The creative side I inherited from my mother is definitely coming out. But my real passion is writing. My next novel is about a prominent Roman officer who hurriedly buries a treasure received from the emperor. I'm wondering what to call my general…

Sabine Bourgey
THREE KEY dates
1895
Creation by her grandfather of the Bourgey numismatic firm, which she took over in 1993
1982
Ph.D. in Ancient History
1988
Marine archaeological expedition off the coast of the Bahamas