A painstaking search resulted in a major donation to the Bibliothèque nationale de France (BnF): around 300 prints by a Parisian portrait photographer who documented stars and high society between the wars. 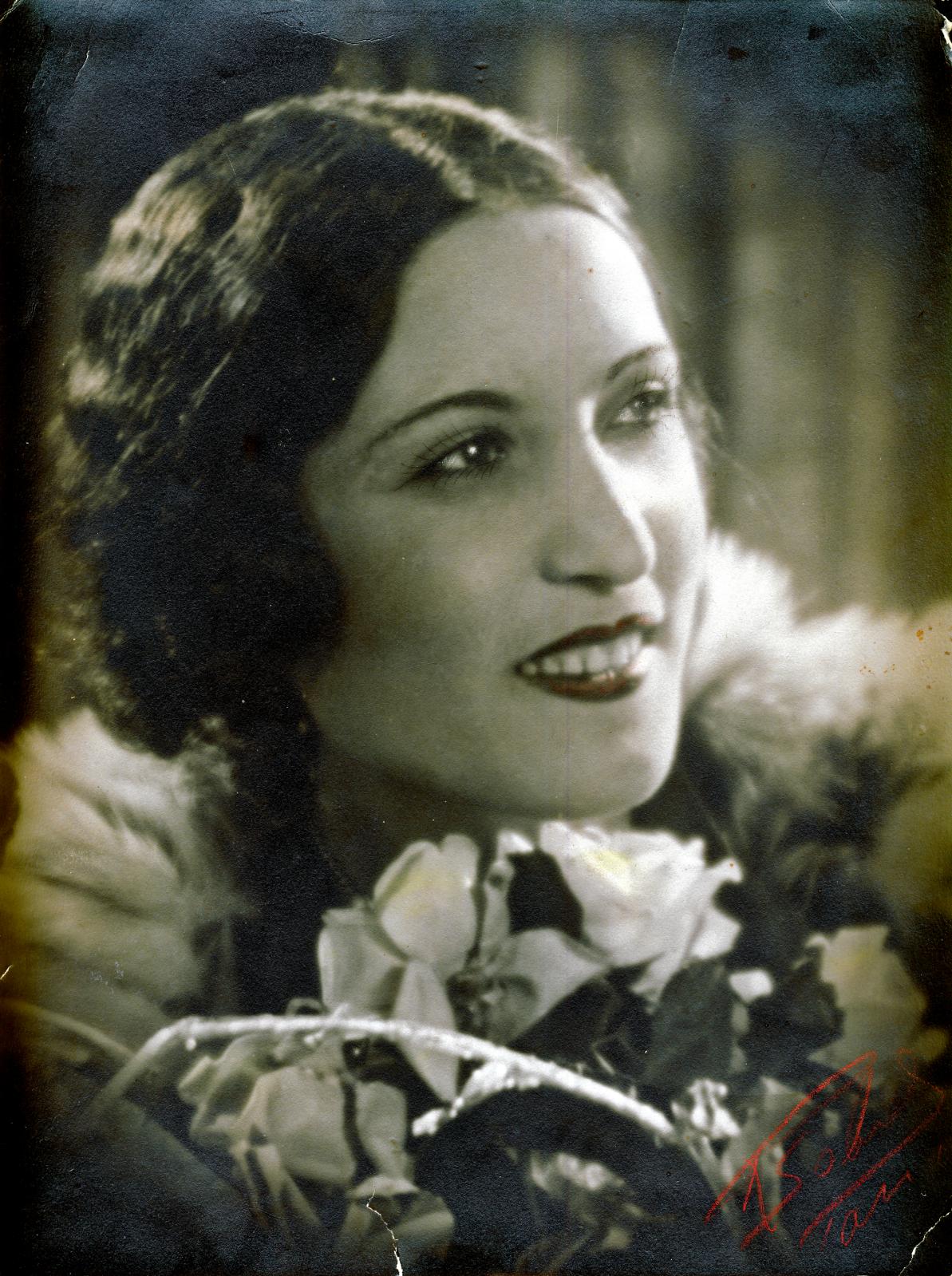 "The Performing Arts Department seldom receives a donation of prints from the first half the 20th century,” says Manon Dardenne, the national library of France (BnF) curator responsible for the library’s iconographic and photographic collections. “These prints by Ruben Sobol (1889-1944) are outstanding." They span a wide variety of genres, from classic anonymous studio portraits, including some touched up by pencil, to pictures of athletes, politicians, maharajahs, princesses, countesses, theatre managers and celebrities – notably Maurice Chevalier, Mistinguette, Josephine Baker, the Dolly Sisters and Lucienne Boyer – as well as shots of society dinners and holiday resorts.
"The prints are rather academic from a formal viewpoint, but some images feature original subjects, such as a series of lesbian couples or a shot of two waitresses posing under a portrait of Pétain," says Dominique Versavel, curator at the Prints and Photographs Department. The donation was made by the Goodman sisters, Sobol’s great-granddaughters, and Arnaud Nemet, who started the search.

A Close-up on Society in the 1920s and 1930s
It is not necessary to be a famous photographer to enter the BnF’s Performing Arts or Prints and Photographs Department. What matters for the former is the documentary value of the work and for the latter that they complement an already existing body of work and cover all the artistic and social practices. "What we’re interested in is that Ruben Sobol shows high society in the 1920s and 1930s, filling a gap in our collections," Ms Versavel says. The Roaring Twenties saw the rise of celebrity culture. What better way than photography to make a splash? While Harcourt, founded in 1934, specialised in studio portraits, Ruben Sobol diversified his activities as he opened various locations on the Right Bank not far from the Palace, the Folies Bergère and the Casino de Paris. "Photo studios proliferated between the wars,” says Ms Versavel. “Newspapers had an insatiable hunger for pictures, especially those having to do with the world of entertainment."

An Unsigned Portrait as the Starting Point
Arnaud Nemet spent over three years bringing the collection together. "It all started with a portrait of a beautiful young woman that I found in my family’s archives,” he says. The image cast a spell on him. A former journalist, Arnaud Nemet knows a quality print when he sees one. "I said to myself that this photographer must have had a studio." The beautiful woman in the picture was Bella Ariel, his great-great-aunt – and Lanvin’s top model in the 1930s and 1940s. The signed but undated portrait spurred his curiosity. He decided to find out who was behind the camera.
Arnaud Nemet soon found a portrait from the 1930s of his grandmother at the age of five. His fascination almost turned into an obsession when he discovered that the photographer was a relative by marriage.

A Charming, Well-liked Man
Scouring the Internet, Arnaud Nemet managed to track down Sobol’s great-granddaughters, Valérie and Corinne Goodman. One lives in the United States, the other in Paris. He contacted the latter, who told him she had a bag full of pictures. It was a miracle! For Sobol, who was Jewish, had fled Paris for Cannes in June 1940. In late 1943, he went back to Paris. Unfortunately, in March 1944 he was arrested in front of the Moulin Rouge, near his home, during an ID check.
Years later, while moving house, Corinne came across a cardboard box containing various documents, including the photographer’s naturalisation papers (born 1889 in Grodno, White Russia, he came to Paris in 1911) and statements by witnesses who saw his arrest. He was sent to Drancy before being deported to Auschwitz, where he died on April 1,1944. A portrait of Sobol was also in the box. "I finally saw what he looked like,” says Arnaud Nemet. “He was in his prime. This picture helped me understand his personality better." Indeed, Sobol must have had a certain flair for him to have been invited to so many society dinner parties. As several dedications attest, the artists he photographed were very fond of him.

Now in Safekeeping
As Arnaud Nemet‘s search continued, he corresponded almost daily with the Goodman sisters. They decided to make purchases together, keeping an eye out for auctions, specialised dealers and sales on the Internet. Around 50 prints, ranging in price from around 40 to over 1,000 euros depending on the lot, joined those in the collection of Sobol’s family.
Why did they donate them to the BnF? "I wanted the pictures to be correctly looked after and, if necessary, restored." Now they are safe. Arnaud Nemet and the Goodman sisters also hope the work will receive the recognition they feel it deserves. But this is not the final act. Arnaud Nemet continues looking, buying – and dreaming of an exhibition or a website to at last shed light on Sobol’s work.