After spending thirty years building up a consistent group of three hundred pieces, Robert Tibbles has reached the end of a chapter involving the Young British Artists, whose works he bought right from the outset when prices were low. The collection will shortly be on sale in London. 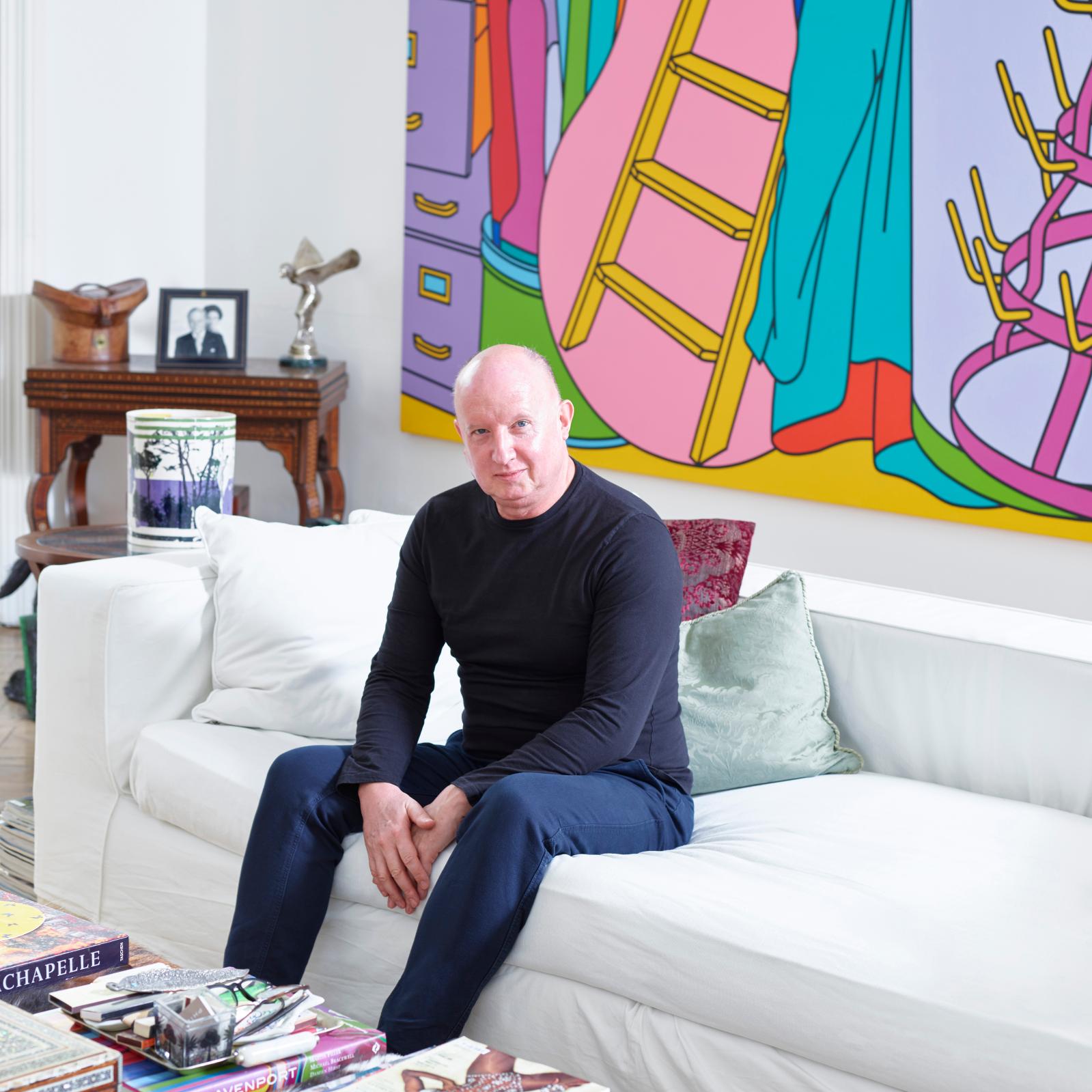 How did you discover the Young British Artists' generation?
In 1989, the art dealer Karsten Schubert drew my attention to a new artist he was representing, Damien Hirst, and the four "Medicine Cabinets" he owned. They were Duchamp-like objects, in a way, because Damien’s work changed the way we look at everyday objects. He showed me the work Bodies, which came straight from his degree show, and I bought it for £600. In fact, Damien Hirst came to put it up in my flat (...). Friends and colleagues thought it was absolute rubbish, there's no question. People completely unrelated to the art market thought it was quite uncomfortable. Bodies has always produced the strongest reaction of all the works in my collection. There's something very primal about having a product which you associate with something personal like your health, put in a public way like that."

What attracted you to these artists?
I was driven by a deep desire to buy works of art and I was drawn to the abstract. I didn't approach Damien Hirst, Michael Craig-Martin, Gary Hume, Ian Davenport, Julian Opie or Mat Collishaw because they were British artists. They appealed to me through their talent alone, and I felt a very strong connection with their work.

Why are you selling these works today?
This collection reflects a very long process of accumulation spanning thirty years. “I’ve looked at it from every possible angle, and ultimately it’s a collection, and ultimately it’s complete.” I could say to myself, "I don't have anything by Bridget Riley, or any animal in formaldehyde by Damien Hirst," and so on. There are gaps, of course, but I realized that these imperfections were also what characterized it. There's no need to go any further... Putting it on sale in its entirety with Phillips was an important decision for me. I can't say exactly what I'll do next, but I'd like to explore new artists and rediscover the energy of the beginning – the energy that fired me to build up this collection.

What are your favorite pieces?
One of my favorites is still Hirst's Antipyrylazo III and, after that, his Medicine Cabinet, partly because for the first five years after I bought them people endlessly told me they were terrible, just fit for the dustbin, and that I should return them. Living with them on a daily basis has been inspiring.

Have you had other significant meetings along the way?
I commissioned my first piece from Michael Craig-Martin, Narrative Painting, in 1993. Michael was the teacher of Damien Hirst, Gary Hume, Ian Davenport and many others, and headed this new generation. I'd never commissioned a piece like that before and I was terribly nervous about giving him too precise a framework; I wanted his work to be magical! He had just exhibited in Paris, at the Claudine Papillon gallery, where he had painted the walls of the rooms in different colors with one image on each wall. He suggested using the same concept for my London apartment in St Georges Square, in Pimlico, but I was moving. So that's why he made a big canvas with a pink and yellow background to represent two walls. He then included a book because he always said "if you want to be a really serious Contemporary Art collector, Robert, you cannot have curtains or books." And then he included the back of a canvas to show I am a collector! (...) In my experience, gallery owners have been really important. Jay Jopling (founder of the White Cube – Ed.) was a star. He was always incredibly good at picking out works he thought would really speak to me, which made all the difference in my choices. Establishing a relationship with someone you trust, who knows you and your collection inside out, is something precious.