Banking on diversity, the contemporary art fair made a comeback with ambitions to become more international again. 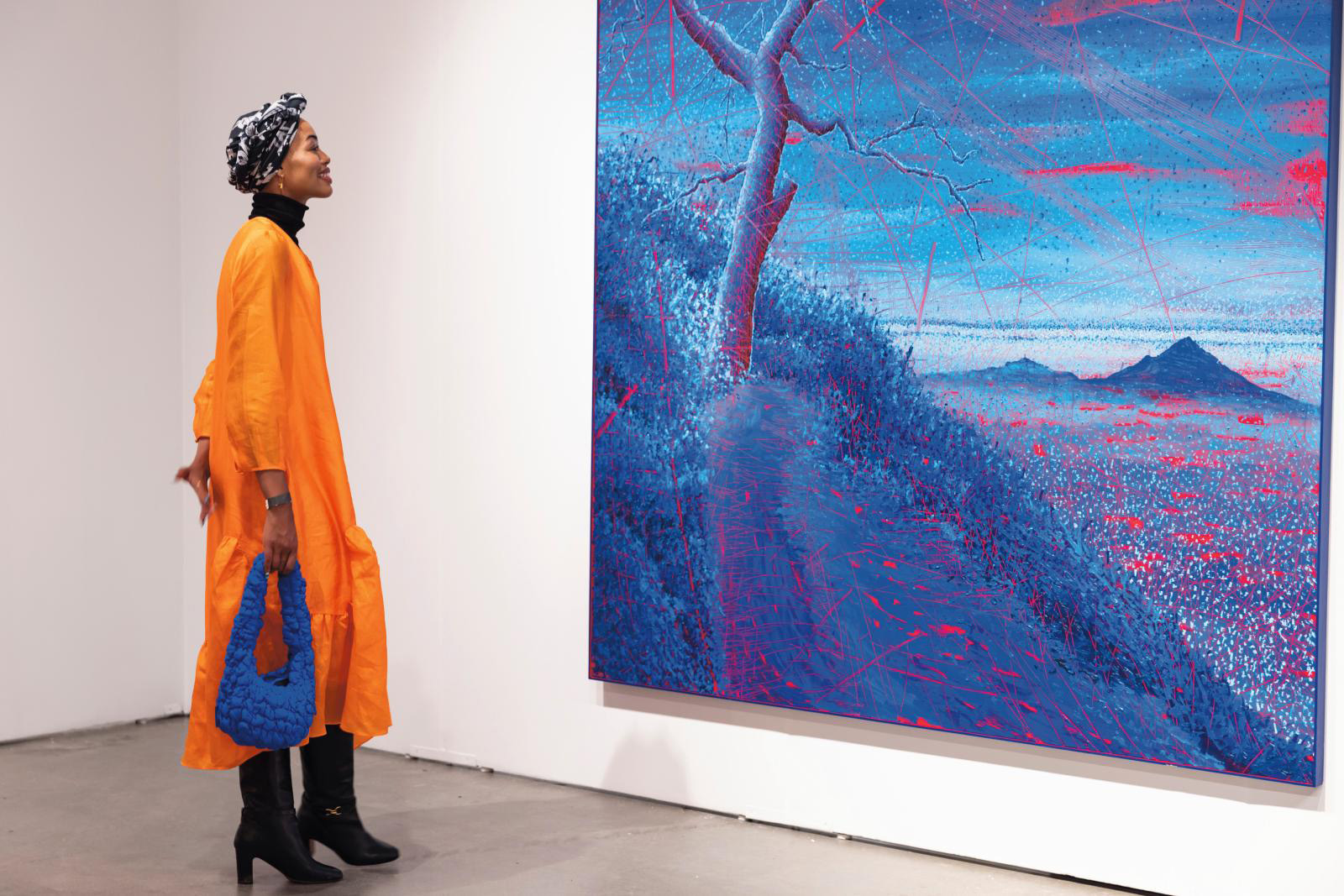 Though not as glamorous as Art Basel Miami Beach or Frieze Los Angeles, and with fewer visitors than the New York fairs, the lower-profile Expo Chicago, which returned in early April, plays a different game. The fair was launched in 1980 well before the arrival in America of the abovementioned events or even the Armory Show held at the Javits Center, but these competitors then caught up with and overtook it. In 2011, it almost foundered completely before being taken over and relaunched the following year by Tony Karman, its current president. In a change of timing for its return in 2022, it switched from September to April. "The irony is that after a break of over two years due to the pandemic, we have returned to the same niche as years ago. We need to reset what has been built up over the last ten years to make it a successful fair again," says Tony Karman. "Some galleries that had previously participated were unable to this time. But I am confident about the next editions. The selection committee did a marvelous job of maintaining the fair's diversity, with galleries from the US, South America, South Africa and Europe." Diversity, very much a leitmotif these days, takes on its full meaning in the US, and this was especially true at Expo Chicago, where the Black, Latino and queer 'communities' were largely represented with stands and audiences alike. After centuries of white supremacy, images of the black model dominated figurative works—deliberately eye-catching with Devan Shimoyama at the Chicago-based gallery Kavi Gupta; a love affair between black and white with the photos of Paul Mpagi Sepuya at Vielmetter Los Angeles—, while others took up societal issues, like the expropriation of a Black man in 1962: the subject of an installation at the Weinberg Gallery stand. Questions of identity and links with Africa were also examined during rich debates staged by Art Chicago. The fair was a vital event for local galleries: Mariane Ibrahim, which recently set up shop in Paris; Gupta, Document and the Monique Meloche Gallery, all targeting regional collectors in Chicago and the vast Midwest, as well as institutions in the Windy City and elsewhere. But it also offered interesting potential for European galleries, provided they focused primarily on American artists—as La Forest Divonne did with Jeff Kowatch, a Los Angeles artist established in Belgium—or better still, those based in Chicago, like Eduardo Kac at the Parisian gallery Charlot. Already a participant in 2019, the Papillon Gallery sold a video by Javier Pérez, to whom it devoted its entire stand. Though activity was not as frenetic as with the major fairs, sales were plentiful. Monique Meloche placed a work by Ebony G. Patterson with a major institution, and sold pieces by Sheree Hovsepian, who is also featuring in the 2022 Venice Biennale international exhibition. Kasmin, a New York heavyweight, sold works by artists including Robert Motherwell and Bernar Venet at prices ranging from $10,000 to $100,000. To support young galleries, the Northern Trust bought eight works in the "Exposure" section dedicated to them, which will go to American institutions. But while Expo Chicago's regional roots are well established, it needs to continue its efforts to become more international, now that collectors and galleries are once again spoiled for choice in terms of fairs.

One of the world’s most eagerly awaited international fairs each...

For its 67th edition, BRAFA is leaving Tour & Taxis for Brussels...