Quentin Bajac: From MoMA to the Jeu de Paume, the Image in All Its Forms

Two and a half years after taking up his post at the Jeu de Paume, the new director talks about his broad and varied concept of photography, his development strategy and his initial assessment after the pandemic. 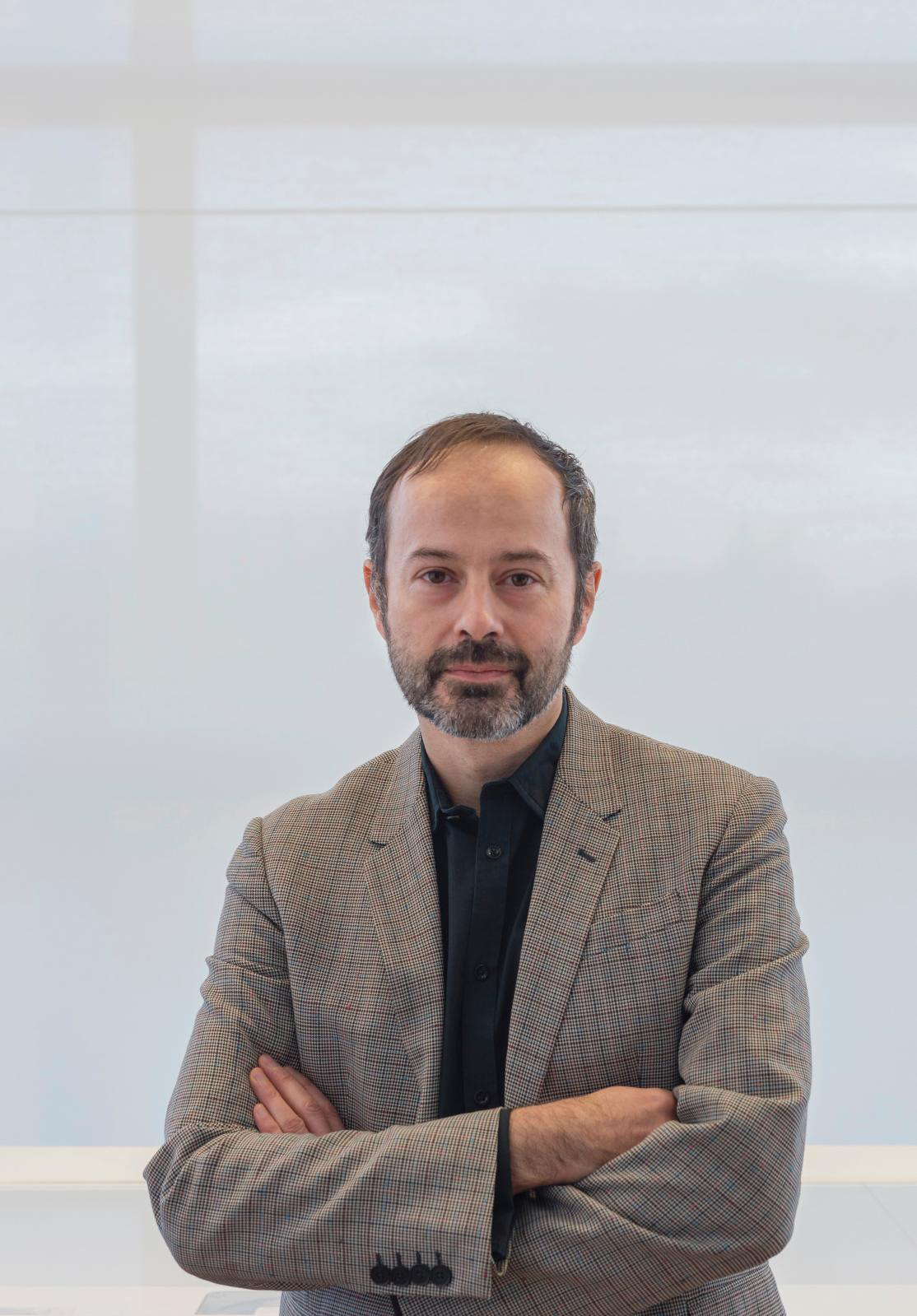 Before arriving at the Jeu de Paume in March 2019, you worked at the Musée d'Orsay and then the Centre Pompidou and MoMA in New York, where you headed the Photography Department. How has all this shaped your concept of the medium?
My experience covers the entire history of photography. That's why MoMA chose me in 2013, because their collection ranges from the 19th century to the very contemporary. In the future, at the Jeu de Paume, I may well make a foray into the very beginnings of the medium. The institutions where I have worked are all multidisciplinary, and photography is shown in dialogue with painting, sculpture, architecture. This probably explains why I don't feel the medium is isolated, and why I see it as part of art in the widest sense. While the Jeu de Paume focuses on the image in all its forms, and also covers cinema, video and new technologies, I am keen to approach the issue using other means—in the context of group exhibitions, for example. We still have this idea of a very broad conception that factors in all the methods used to "mechanically" produce images.

How is the Jeu de Paume different?
For 20-odd years, I worked with collections and was very happy to do so. Here, I am experiencing a certain lightness, because there is no solid base. But even if our job is not to build a collection, we do exhibit some from time to time, as is currently the case with the Thomas Walther Collection, acquired by MoMA. One of our missions is to highlight the works of the Médiathèque de l'Architecture et du Patrimoine at the Château de Tours, with which we have an agreement. And we are thinking about another extramural program in France.

Is the concept of a collection the same from one museum to another?
When I went from the Centre Pompidou to MoMA, I was struck by the two institutions' different approaches to collecting, beyond the fact that one focuses more on European history and the other more on American history. The type of object they seek is not the same. MoMA acquires rare or even unique pieces and likes exceptional exhibition prints, which must be impeccable, and not over-restored. The Centre Pompidou has a more diversified approach because it takes an interest in archives and all the stages of the photographic process for educational purposes. Here, people can retrace the journey of the image from the negative to the exhibition print, and be aware of the artistic process that goes into producing a work. Of course, at the Pompidou there are also some very fine prints.

How has the market evolved since you started in the 1990s?
I have seen photography books become collector's items in their own right. Some collect these alone. I've also noticed a growing interest in vernacular, family and anonymous photography. This is because these pieces are more affordable, but that's not the only reason. It's clear that more and more research and studies are focusing on something other than the signed or identified image: an enthusiasm that indicates a reinterpretation of the history of photography.

With the Peter Hujar exhibition in 2019 and the Michael Schmidt show last summer, you have gone for the rediscovery angle. Is this a trademark?
It's a paradox: France has a lot of places dedicated to photography, but these two figures had never had a major exhibition. Our role is to help people rediscover little-known works of great interest. With my program, I chiefly want to break with tradition, alternate major monograph shows, bring together historical and contemporary exhibitions, create thematic presentations occupying the entire Jeu de Paume, and thus vary the format and pace.

One big change will be next spring's festival dedicated to young artists, which focuses on the issues of images today. Why this format?
I want to take a different direction from exhibitions occupying the entire space, like "Le supermarché des images" in 2020. This first edition is entitled "Fata Morgana"—referring to the optical mirage well-known to sailors—and will focus on the question of visibility. Directed by Béatrice Gross, independent curator, in artistic consultation with visual artist Katinka Bock, it will bring together a wide range of media: photographs, films, videos, installations, in situ works and sound, all accompanied by performances and concerts. I like the word "festival" because it infers a frequency that I don't want to be too precise, though it will be around every two years. Generally speaking, I want to maintain flexibility and freedom with the programming, and leave room for the unexpected.

The period of closure due to the pandemic was not unproductive, and like many museums, the Jeu de Paume was active on the Internet. In what way?
Even before the health crisis, I wanted to re-launch and re-found the online magazine started by Marta Gili [director from 2006 to 2018—Ed]. I planned to give it more importance and visibility and make it independent from the exhibitions, with an editorial board, original publications and commissions for photographers. Known as Palm, this has been available since September. Meanwhile, the Jeu de Paume Lab, on Instagram, arose from the pandemic and was created with funding from the Ministry of Culture. The idea is to commission ten exhibition curators to present four artists each for ten months. This one-time initiative will end in December.

What is your assessment of these digital programs?
We have found that they attract a different type of audience from those who visit our physical museum, and that there is not necessarily a connection between them. This idea of developing other forms could be of interest to us in the future, especially in supporting young photographers. This strengthens my feeling that we need an online relay that does not merely reflect what is happening on-site, but is a real secondary art center. We have also completely overhauled the website: the new version is designed for smartphone browsing, which is essential now.

More generally, has the public been on board since the reopening in June?
It was a quiet summer, I have to say. But we reopened with the bare minimum, with no cultural program or café, and a "challenging" exhibition featuring Michael Schmidt. On the other hand, since mid-September, the figures have been good—very good, even—and we hope for a knock-on effect through to February, when the hang of the Walther collection will be complete. This is important because our own income represents 30% to 35% of our budget. What we are seeing is that our visitors' behavior seems to have changed. It's quiet during the week, and there's a big upturn at the weekend. This has always been the case, but the gap is widening. It remains to be seen whether this will become a long-term trend.