Phillips in the Hot Seat After the Invasion of Ukraine

Phillips auction house finds itself in a storm following Russia’s aggression against Ukraine. 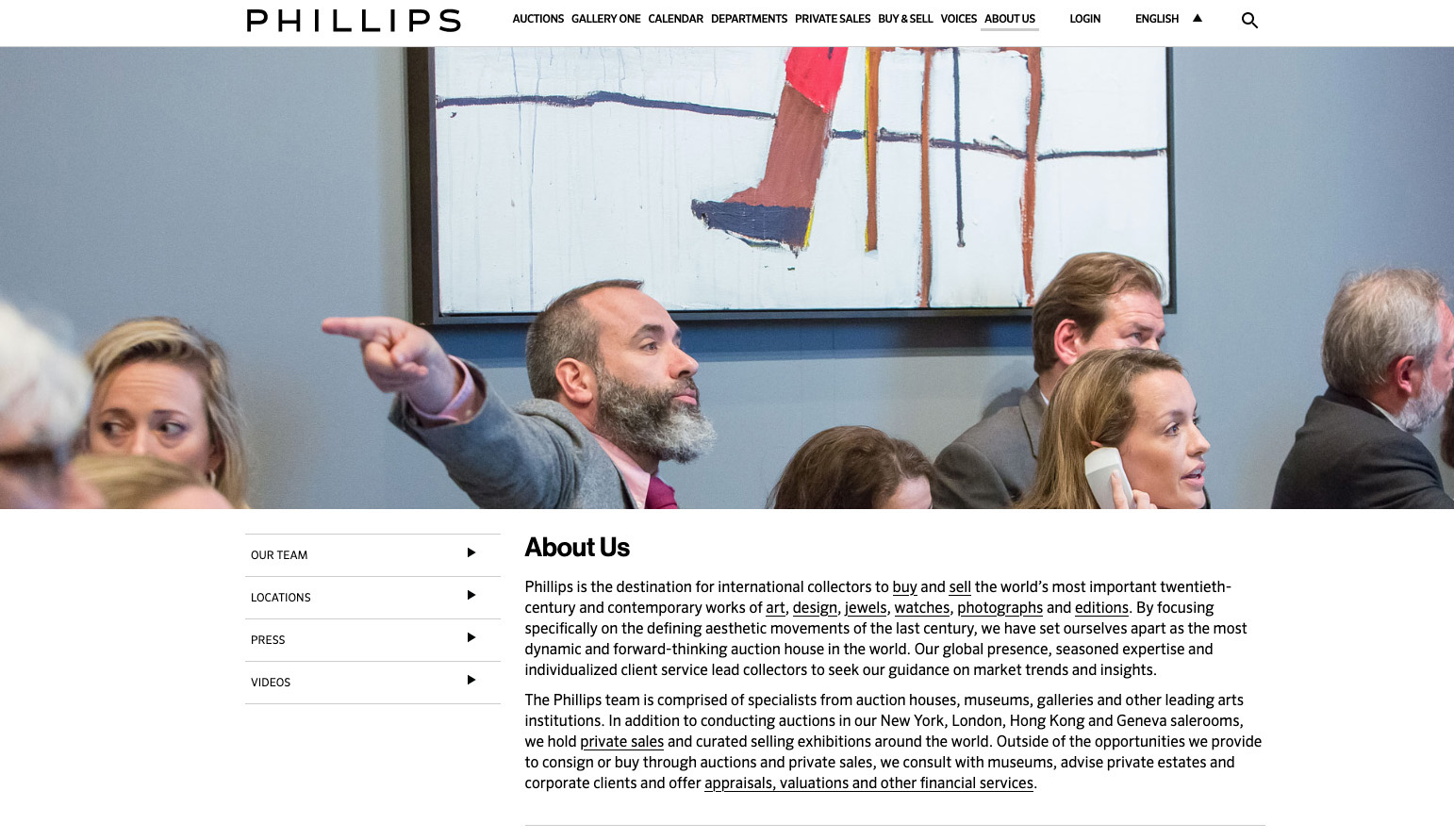 Since 2008, the auction house has belonged to Leonid Friedland and Leonid Strunin, the owners of Russian luxury group Mercury. Today, there are calls for its boycott. Contemporary art star Anish Kapoor considers "Phillips as legitimate a target as the Chelsea football club", formerly owned by Roman Abramovitch. "Nobody should be doing business with Russia right now," says contemporary art collector Andy Hall, whom a Phillips official called after he criticized the firm on Internet. Apparently, he was not convinced. "It would be total hypocrisy to continue buying and selling through this Russian company," Hall told The New York Times. Phillips Chairman-CEO Stephen Brooks responded by posting an "unequivocal condemnation of the invasion of Ukraine" on Instagram. Recalling that the owners have not been targeted by Western sanctions, Phillips offered the Ukrainian Red Cross the fees from its March 3 London sale. "All that is just for show," says consultant and former Bonham’s director Matthew Girling. "Only a Phillips boycott can convince its owners to put pressure on Putin to change his behavior. Can the art market remain on the sidelines when every sector is mobilizing against the war?", he told The Art Newspaper. Phillips says it has not changed its financial conditions to keep its customers. Five works were withdrawn on March 3, but the company assures that this was for commercial reasons and that "no major lot" was withdrawn from the prestigious May 18 sale in New York.