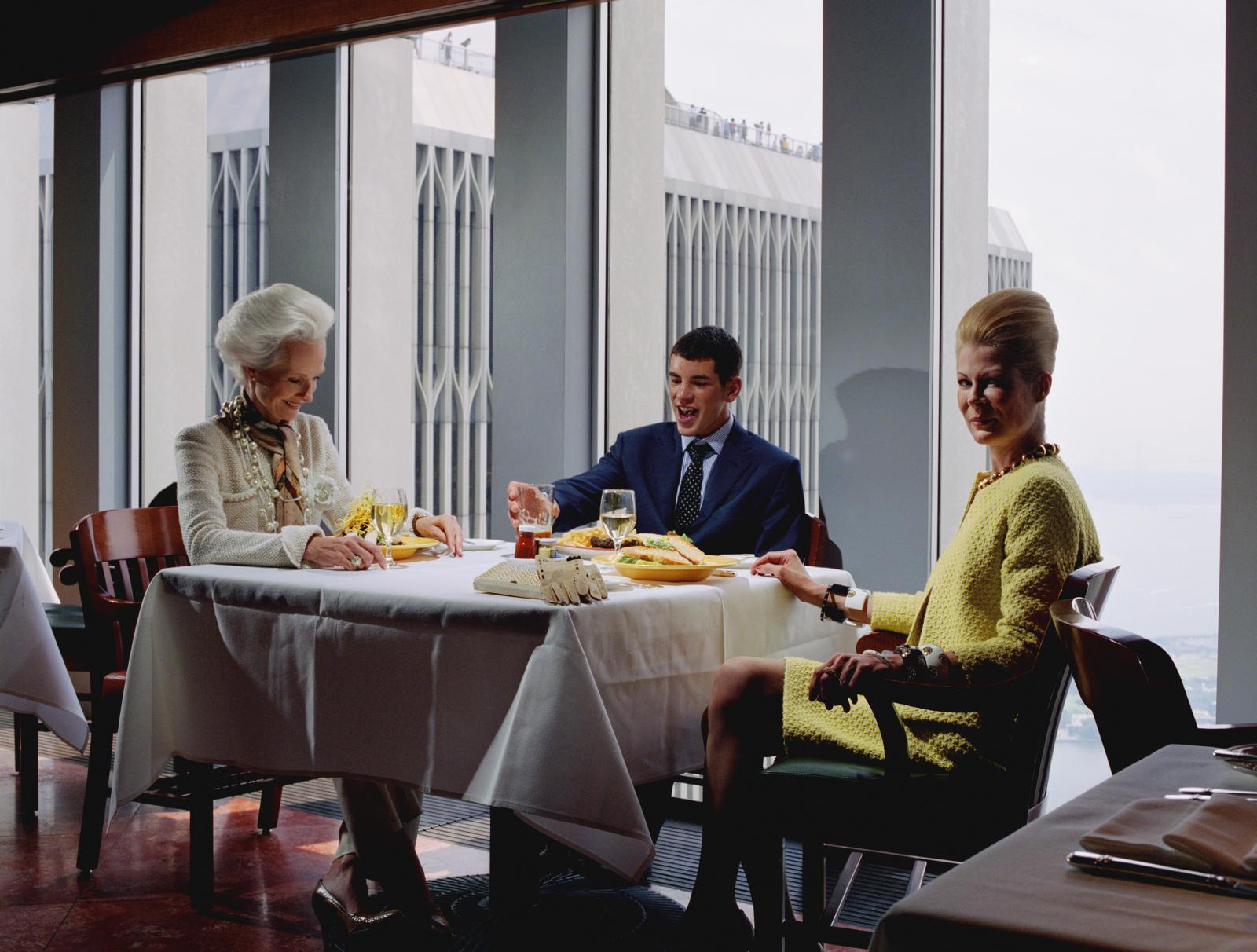 The idea is not a new one. Even before Penn or Avedon, Man Ray and Paul Outerbridge were already juggling art and fashion. With Philip-Lorca diCorcia there is also a blurring of boundaries, as witness the eleven series he produced between 1997 and 2008 for the chic review W. In these image-paintings he brought back from Bangkok, Cairo and São Paulo, we see a parade of "beautiful people": a privileged family seated at a table at the top of the World Trade Centre before its destruction; Isabelle Huppert emerging on the pavement like a ghost; models dressed up to the nines, posed at a service station, in the empty cabin of a plane or the lobby of a luxury building. Except that appearances are deceptive; if we scratch beneath the surface we see that these models are as pathetic as they are desirable: isolated from the world behind a glass screen that keeps them at a distance, they seem imprisoned by mirror effects, condemned to please. Behind glass themselves, fifteen large formats express this ambivalence: "How do I define my attitude towards fashion photography? I try to critique the beast I work with. This monster I share my bed with is also my subject," says diCorcia, who applies the sophisticated system characterizing his personal work to his commissioned pieces, from StreetWork (1993-1997) to Heads (2000-2001), with highly polished settings, artificial lighting and cinematic compositions. His camera captures slices of life that are glazed, like the paper.