The Brazilian publisher has assembled one of the world’s largest private collections of autograph letters and manuscripts, to which the book The Magic of Handwriting published by Taschen is devoted. We talked to this restless investigator. 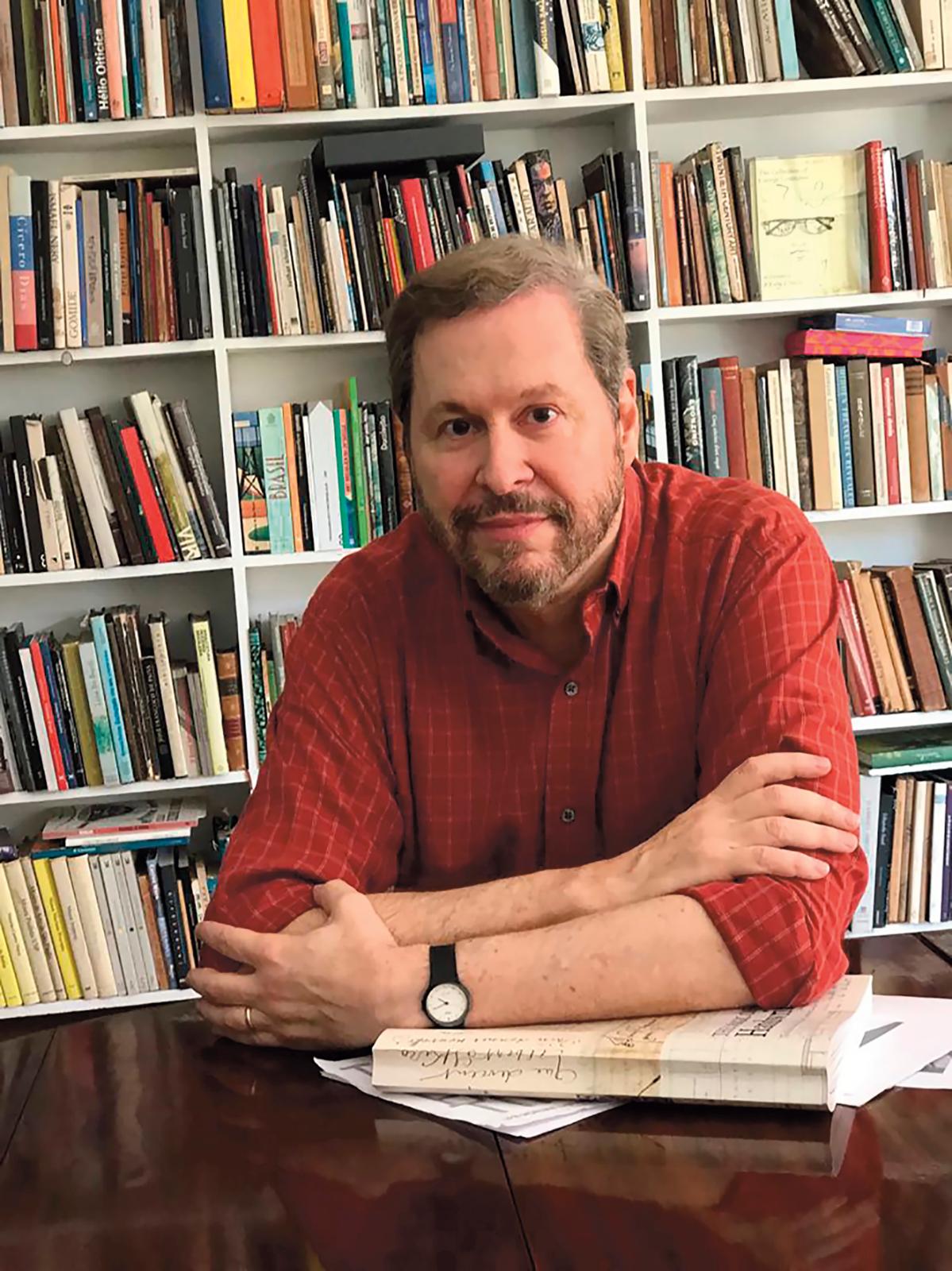 Pedro Corrêa do Lago is communicative, passionate and highly cultured. A multilingual diplomat’s son, he was Sotheby's representative in Brazil and is a member of the board of directors of the São Paulo Biennale and exhibition curator. He headed Brazil’s National Library from 2003 to 2005 and has written over 20 books on manuscripts and art in his country, which he strongly defends. Last year, New York’s Morgan Library hosted a show of his pieces, its first ever devoted to a private collection of manuscripts: 800,000 visitors were able to share his passion.

Why did you decide to republish your collection 16 years after its first publication?
The previous book, True to the Letter, aimed to open as many people as possible up to the discreet charm of autographs, which few beautiful books take as their subject. This one was designed as the catalogue of the Morgan Library show in New York. After 50 years of passion, I could hardly hope for anything better than to benefit from Taschen's extensive distribution capacity in six languages.

What exactly is in your collection?
Sometimes I have trouble assessing its scope, although I file everything myself! I know that there are about 40,000 international autographs, the rest being Luso-Brazilian or Latin American. They include almost all the Nobel Prize winners, all the kings of France, Spain and England, the presidents of the United States, the popes since 1500, the tsars, etc. I have many letters from the early Middle Ages, such as a large parchment signed in 1153 by a pope and twelve cardinals, including a future pope and a future saint. I picture them all sitting around a big table taking turns signing. It's an immersion in history. I’ve also formed many sub-collections devoted to my favourite people, starting with Proust, as well as women, Nobel Prize winners for literature or painters. Autographs take various forms, including business cards, postcards, cheques, caricatures, official documents, signed photos and musical quotations. I also have many drawings by writers such as Cocteau. I’m not that interested in signatures per se.

Is immersion in history or the private lives of famous people what drives you the most?
There’s obviously a fetishistic side to my collecting, which I gladly acknowledge! I feel a kind of kinship with the person whose autograph document I own. I often say it’s the most direct contact you can have with someone who is dead, a somewhat miraculous contact. I relive the past of others and make it my present. It’s an incredible joy and privilege. I've worked all my life to surround myself with all these things and I've never been bored. I recently bought a letter by Bernini at an Aristophil auction and I feel closer to him than ever. On a torn leaf, the first one that came to his hand, Proust wrote: "For a long time, I went to bed early..." In short, the first three paragraphs of the greatest novel of the 20th century!

What significant discoveries have you made among these 100,000 or so documents?
One day, I could finally afford one of Van Gogh's very few letters. He asked Joseph and Marie Ginoux, his innkeepers in Arles, to send his belongings to him in Paris "by slow train", listing each of the effects in question. But when I read between the lines, I realised he was taking inventory of the most famous room in Western painting! Neither the dealer, nor the owner, nor the auction house had grasped the letter’s importance. Here’s another story: I once bought a note from Renoir to Mallarmé indicating that "Madame Manet [Berthe Morisot, married to Manet's brother] agrees to have dinner with [him] at Degas' on Saturday". Ten years later, I found the letter Degas sent to Berthe Morisot about the same dinner, also referring to Mallarmé! History is reconstructed by chance. Among my 50 autographs concerning Napoleon I, who is estimated to have signed half a million letters, and his entourage, Taschen's book includes a sheet he doodled on during a very dull meeting to appoint the new bishops of Italy. I found that amusing: I could picture the Emperor whiling away his time when he was bored.

What are your main sources of supply today?
Mostly auctions, even though some dealers have become close friends. I greatly admire Thierry Bodin, the pope of autographs in France, a man with uniquely broad knowledge. But I prefer the choice offered by auctions. I live between Rio and São Paulo. Being in a fringe location was a problem for me until the development of online sales. But the arrival of Drouot Live and the end of uncatalogued sales made my life easier. It’s a revolution for foreign collectors!

What is France's position in this area of specialisation?
France is surely the country with the largest number of experienced collectors in this field, along with Germany and England. Italy and Spain have far fewer, while the Americans are more interested in witnesses to their own history. I was told that Russians were getting into it, as are some Chinese. The day they really enter this market it may be a revolution. But the Parisian market has survived Aristophil. I’m happy about that, even though it’s very hard to absorb so many pieces at the same time. I myself bought much less than I would have liked!

As communication methods become paperless, how do you imagine the autograph market’s future?
I think the writings of contemporaries will be quite sought after. Like his contemporaries, Steve Jobs wrote very little, but on average today a letter signed by him, even if it’s not very interesting, is worth more than one from Lincoln! Queen Elizabeth II still writes a lot of letters: the market will be flooded with them when she dies. But I can’t predict the future: the Internet allows anyone who is curious to enrich themselves intellectually in ways that have never been possible before, but it puts knowledge everywhere and nowhere at the same time.

Mozart: A Fugue and Canons