The most stylish of English fashion designers is also an art lover who visits exhibitions, takes countless pictures, admires architects, and collects as he breathes. At home, collecting rhymes with creating. 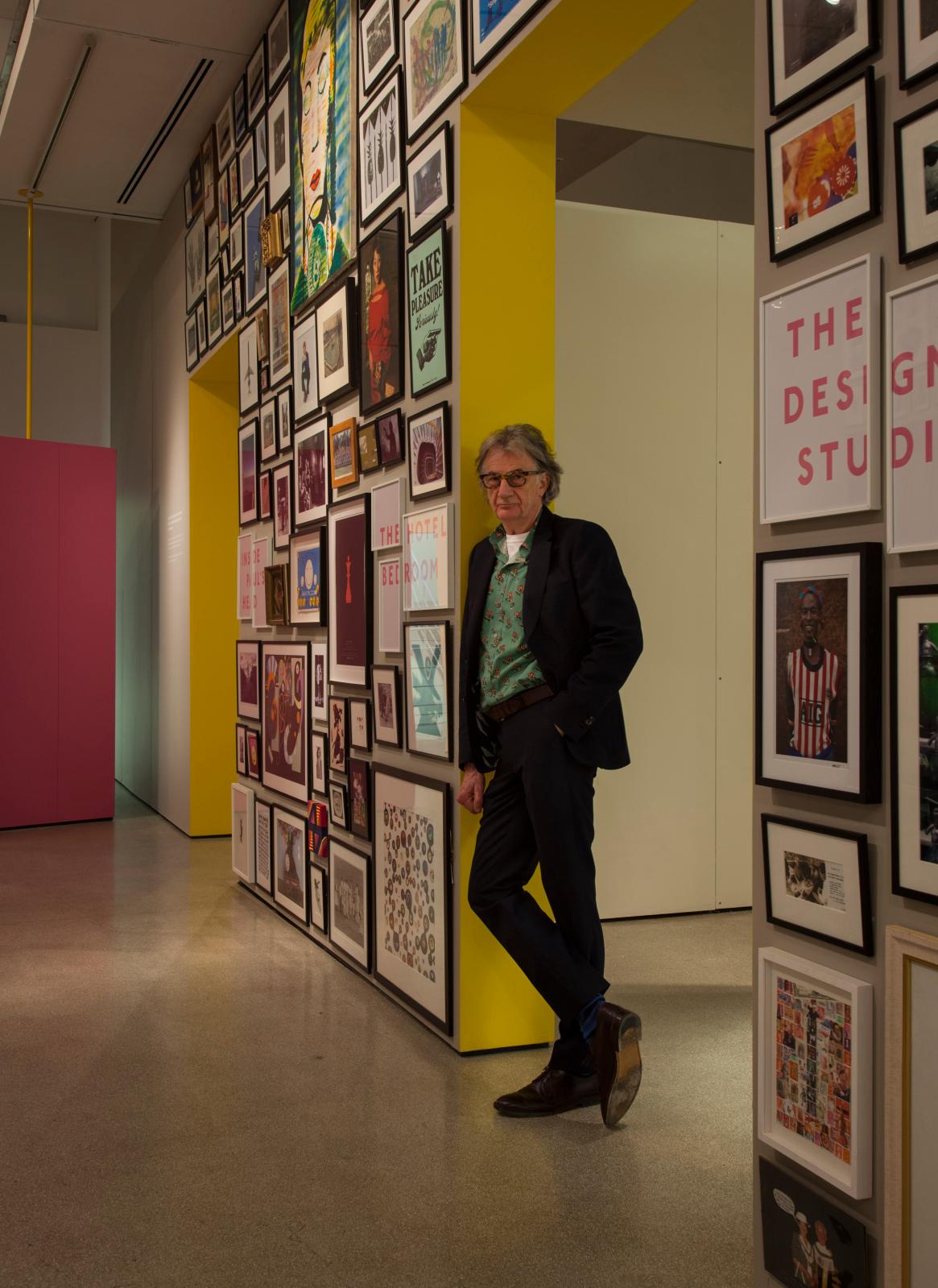 The fashion designer in a room of the "Hello, My Name Is Paul Smith" exhibition at the London Design Museum in 2013.
© Paul Smith

The fashion designer in a room of the "Hello, My Name Is Paul Smith" exhibition at the London Design Museum in 2013.
© Paul Smith

At his desk in Covent Garden, Paul Smith almost disappears behind stacks of books, a globe or two, a metal dinosaur, a pair of mini-binoculars, some drawings, etc. A huge bookcase with 10,000 books about graphic design, architecture and photography stands behind him. He is an eclectic collector. At home, an entire room is devoted to robots, boxes and watches, his guilty pleasures, and a wall is devoted to works from the Slade School of Fine Art in London, of which he is a patron, in particular works by William Coldstream (1908-1987). "Artists whose common thread is working by instinct,” he explains. A bit like him, in fact: Smith buys what strikes his fancy, without taking the market into account.

What kind of art are you interested in?
I have a weakness for photography, especially by David Bailey. I like artists from the 1970s. they had a lot of spontaneity, especially Peter Blake, who did the famous cover of the Beatles’ album Sgt. Pepper’s Lonely Hearts Club Band, considered the forerunner of English pop art, and William Burroughs, who embodied the Beat Generation. I also have a weakness for architecture. I travel often for work and take advantage of it to see exhibitions, visit houses, museums or opera houses designed by great architects. When I was very young, I was fascinated by the Bauhaus and its modernity, simplicity and inventiveness. Last year, I designed a collection based on the work of Anni Albers. That collaboration, which coincided with the retrospective devoted to her at the Tate Modern, was singularly important to me.

"Last year, I designed a collection based on the work of Anni Albers. That collaboration, which coincided with the retrospective devoted to her at the Tate Modern, was singularly important to me."

Did your passion for architecture start with the Bauhaus?
When I was a teenager, I wanted to become a racing cyclist, but at 17 I had a serious accident and spent several weeks in hospital. When I left the hospital, I met some art students in a pub who didn’t stop talking to me about the Bauhaus and the Albers, Josef and Anni. I didn’t know anything about it and listened to them, fascinated: they opened me up to another world. That’s probably when my fashion career started. Over the years, I‘ve come to know and appreciate other styles. I really like Oscar Niemeyer, who designed rounded, sensual shapes, and Robert Mallet-Stevens; I visited the Villa Cavrois (editor's note: in Croix, on the northern France), which is considered his masterpiece. I was amazed by the attention to detail. It was so innovative for the time! It brought me back to my own work, because I care a lot about little things that make a difference, such as a colourful buttonhole in a classic white shirt or bright pink socks combined with a midnight blue suit. This visit was a goldmine of inspiration for me. I get a lot out of architecture from every period. The perfect proportions and symmetry of a Palladian villa can be my inspiration for the proportions of the pockets of a suit jacket. I also like to be around architects. I’m lucky to have John Pawson, David Chipperfield and Sophie Hicks in the circle of my close friends, and I admire their entire body of work.

Do you get personally involved in designing your shops?
We have an in-house team of around 20 architects and interior designers at our London headquarters, and I work hand-in-hand with them. We endeavour to make sure every shop is unique. To design the one in Mayfair, we started with lace patterns and drew and drew until getting the idea of making an all-cast iron facade, the only one in London. It’s become a must for architecture and design lovers visiting the city. What an honour! Here too, it’s all in the details: a wall covered with dominoes applied one by one in Mayfair, a lightwell decorated with vintage slides on rue Saint-Honoré in Paris, a mobile phone wall on rue de Marseille, also in Paris. Yes, these famous phones sent by a fan!

Worth knowing
The "Hello, My Name Is Paul Smith" exhibition is currently at the Asia Cultural Center in Gwangju, South Korea.

Karl Lagerfeld: the colour of the 18th century

"Collecting should be fun"