The Centre Pompidou in Paris is devoting a small—though nevertheless rich and concise—retrospective to one of the principal protagonists within the modernist movement in France and a specialist in hospital architecture. It is a fitting tribute to his ingenuity. 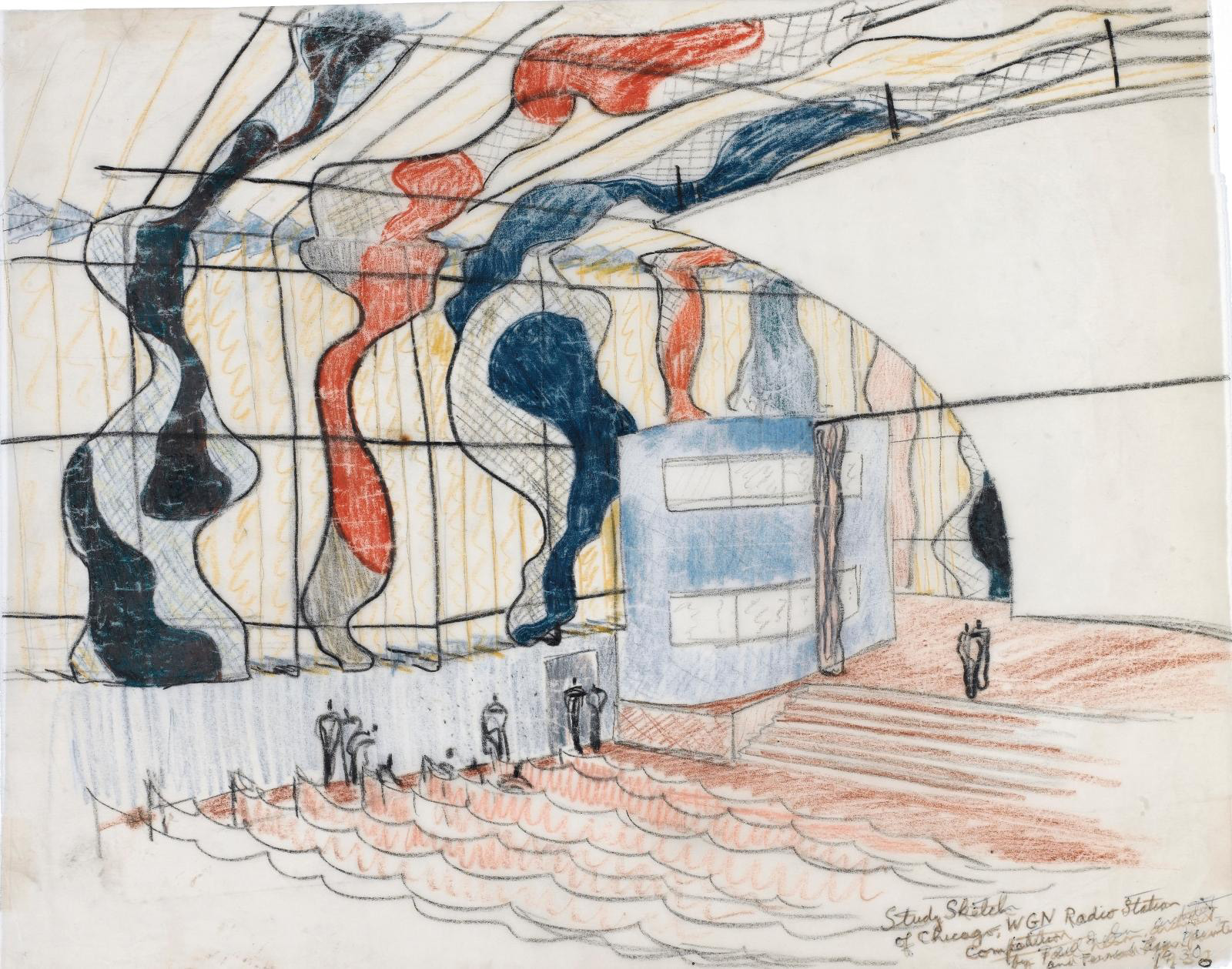 Born in Chicago, Nelson (1895-1979) discovered France as a pilot and returned, like so many American artists, to study the discipline at the École des Beaux-Arts. From 1920 until his death, he almost never left France. A student of the pioneering architect Auguste Perret (1874-1954), a good friend of Braque and Fernand Léger, son-in-law of François le Cœur, praised by Le Corbusier… the man lacked neither the contacts nor the talent to ensure a brilliant career. However, things were not so straightforward: not only was he a foreigner, but his ideas were often perceived to be too radical for the time.

This much is demonstrated by Centre Pompidou’s small retrospective that is currently dedicated to him. His ambitious project for the Cité hospitalière de Lille (Hospital City of Lille, 1932), a visionary design complete with crystalline towers, was stolen from him. The same happened in 1935 with his ingenious proposal for the hospital of the Suez Canal company Ismailia, while his futuristic design for the Palais de la Découverte (Palace of Discovery, 1937-1938) was equally disregarded. But the pinnacle of his designs is the legendary Suspended House (1936-1938), an unprecedented approach towards spatiality. After the war, Nelson finally had the opportunity to create a masterpiece with his immense and meticulously designed Centre Hospitalier mémorial France-États-Unis in Saint-Lô (France-United States Memorial Hospital, 1956). And yet his plans for a house and museum for the widow of Fernand Léger were also abandoned. The Musée National d'Art Moderne claims to possess "most of the architect's collection". However, his masterpiece, the second model of his Hanging House­—made in 1938 by Louis Dalbet, the renowned ironworker of the Maison de Verre in Paris—now presides in the collections of MoMA and did make the journey across the Atlantic for the retrospective. Despite this minor disappointment, the exhibition provides a rich and synoptic study of Nelson's ingenuity, while the abundantly illustrated catalog develops the analysis thanks to notable contributions from Joseph Abram and Frédéric Migayrou, under the direction of Olivier Cinqualbre.