The 19th Parcours des mondes ("Journey Through the Worlds") will take place in Paris as scheduled, but with a less international range of visitors and exhibitors. It will also provide an opportunity to take the pulse of the market. 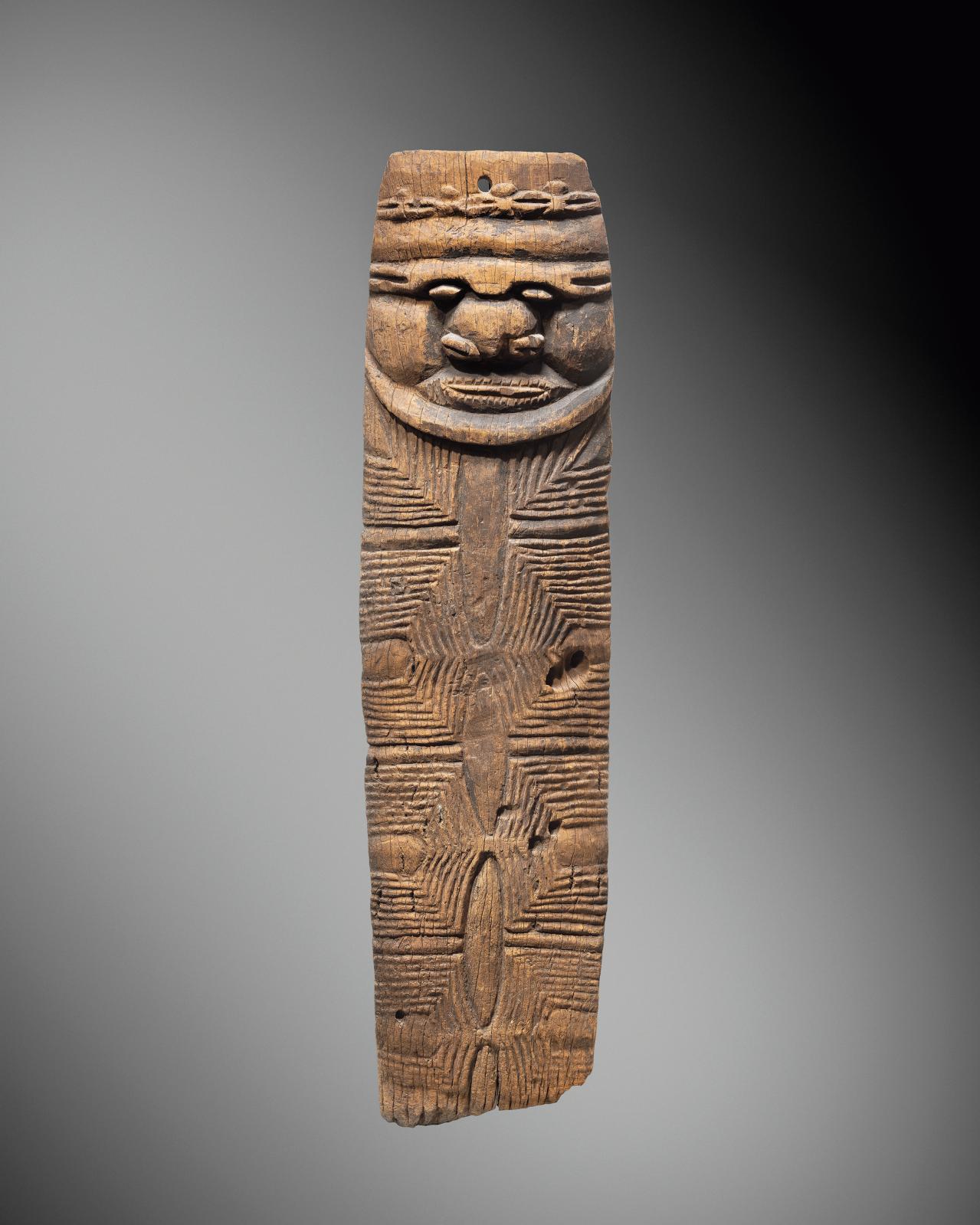 This is the first event focusing on non-European art since the Covid-19 crisis started. "The eight fairs I was planning to participate in between May and July were canceled or postponed," says contemporary Aboriginal art specialist Stéphane Jacob. That is why holding Parcours des mondes is so important. "After careful consideration," says Pierre Moos, the event's director, "we did not want to interrupt these enjoyable 'journeys', which have taken place for nineteen years. The Beaux-Arts quarter must live." When the decision was made a few months ago, it was a challenge, as there was no visibility at that time on how the health situation would evolve. Galleries in North America and Australia soon realized that crossing the ocean would be impossible, hence the sharp drop in the number of participants from 64 galleries in 2019 to 44 today, 64% of which are French and mostly Parisian. Larock Granoff (Paris), Cybèle (Paris), Arte Primitivo (Barcelona) and Tischenko (Helsinki) will participate this year for the first time and Didier Claes (Brussels) will return.

Maintaining High Standards
Michael Hamson, an Oceanic art specialist in California, found a compromise. He is in the catalog and will take advantage of the event to disseminate the scientific work that was supposed to accompany his "Pre-contact" exhibition. From it he selected pieces made of non-metallic objects before the arrival of Western explorers and missionaries, such as a 19th‑century Sepik ancestor effigy (price on request), which appears on the market for the first time in nearly 80 years. "The French market is very important and Parcours des mondes draws all the serious collectors from around the world," says Mr. Hamson. "It accounts for a large share of my annual revenue in value." This year's attendance will be lower and more local. Some Italian and Belgian connoisseurs have said they will not make the trip, but sales will also be made remotely or deferred, for collectors are running out of patience. Some continued buying during the lockdown. "Three or four out of approximately 10 objects displayed in an online viewing room were sold, which is an excellent success rate," says Julien Flak. Then they returned to galleries as soon as possible. Discoveries were also made during this period. Nicolas Rolland says he bought a fragmentary Fang statue from Equatorial Guinea (€50,000/70,000) seen in a 1968 photo of Jacques Kerchache in the field. Some sales were successful, like the Binoche and Giquello auction on 23 July and that of the Sidney and Bernice Clyman collection at Sotheby's New York on 30 June. The Parcours is a test. "We're expecting the gallery market to rebound in september," says Bernard Dulon. High standards are being kept up: it is important to "show that there will always be a high density of masterpieces whatever the circumstances," says Mr. Flak. "Paris is still the world capital of tribal art." He proves it with an archaic Inuit shamanic head in ivory from the Old Bering Sea culture (2nd-5th century, over €100,000). "It's an extraordinary object, a referent of the first peoples who crossed the Bering Strait around the early Common era," he says. Bernard Dulon is going back to his first loves with his "Sacred Woods of Africa and the Americas" exhibition. Notable items include a Poporo lime container of the Huari people (600–900). There will be many masterpieces: Franck Marcellin is offering part of a Gomoa Kanak ridge spire (New Caledonia), Philippe Ratton a Sango reliquary figure (Gabon), Abla and Alain Lecomte a Mambila statue (Nigeria), Dalton Somaré an Igbo mask (Nigeria), Bernard de Grunne a tablet by a Baoulé goldsmith (Ivory Coast) and the Monbrison gallery an 11th-12th -century Dogon head (test CIRAM).

Archaeology in Steep Decline
Another consequence of the crisis is that few galleries specializing in archaeology will participate, with their number dropping from eight to four. Cahn (Basel), Ibis (Marrakech) and Harmakhis (Brussels) will be absent. But the Cybèle gallery is exhibiting for the first time with, in particular, a Middle Empire magic doll (11th dynasty, 2061-1991 BCE) – in an outstanding state of preservation because it still has its beaded hair – offered at around €60,000 and a sixth dynasty (2345-2181 BCE) seated statue of Hem Menou (€200,000/300,000), "who had a major role at Pharaoh's court," says Tanguy Moreau. The object was already on display at the gallery’s stand at Tefaf in March but is something of a virgin as the fair closed early. Antonia Eberwein selected small early votive bronzes (€3,000/10,000) and vases from the predynastic Nagada period (3600-3300 BCE), whose pure lines are highlighted by their two-tone red and black color (€3,000/10,000). Despite a shambolic year, Parcours des mondes remains "a global event of reference for the private market of tribal and non-European art," says Mr. Dulon. "There is no other."

Parcours des mondes
Wednesday 9 to Sunday 13 September (11 am to 7 pm, Sunday from 11 am to 6 pm).
Paris, Beaux-Arts quarter, Saint-Germain-des-Prés.
www.parcours-des-mondes.com