Mediterranean in origin, the olive spoon is regularly in the spotlight at auction. 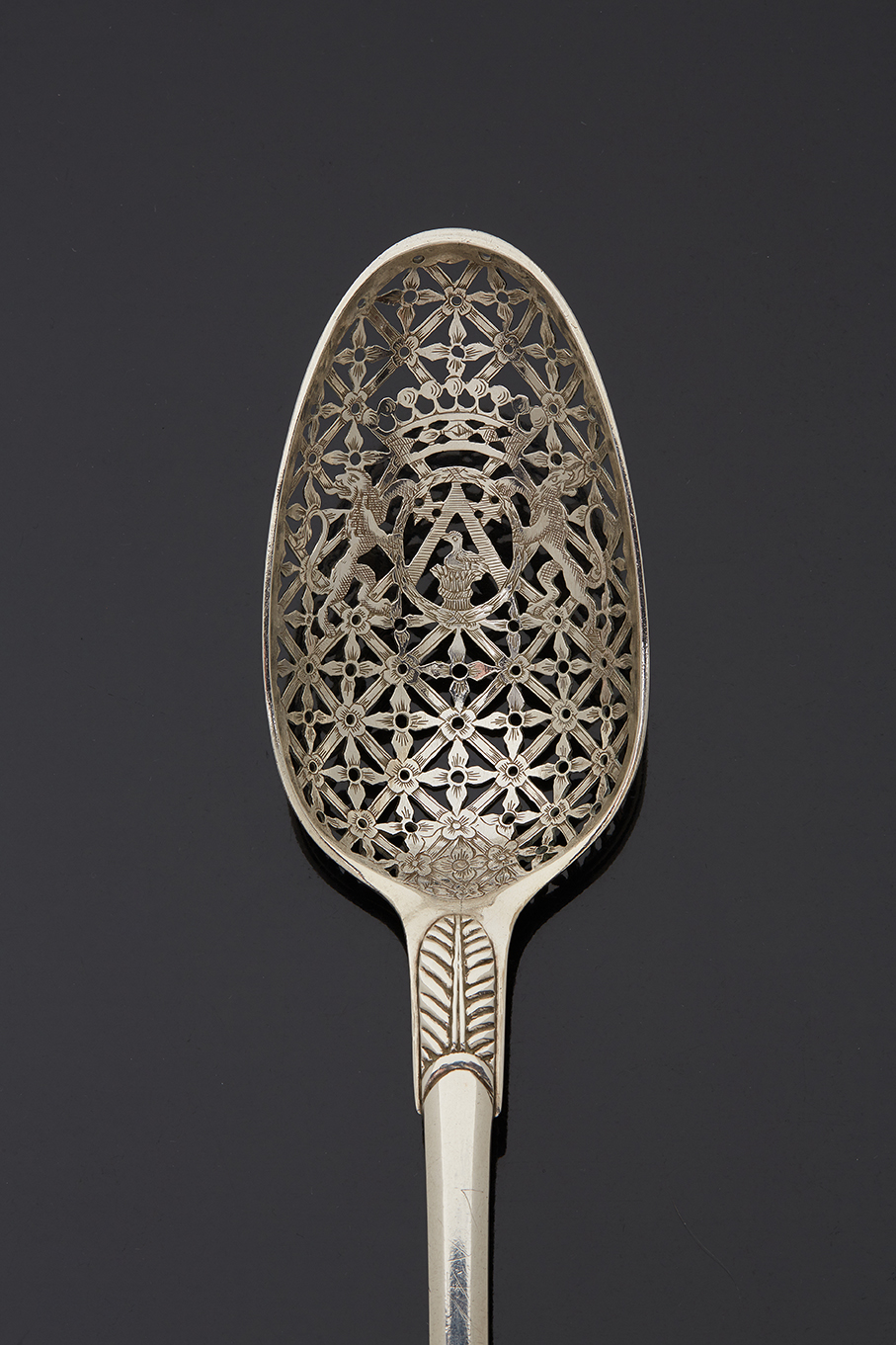 At the end of the 17th century, a certain refinement was added to the pleasures of eating. Individual cutlery was now provided by the hosts themselves and serving utensils become much more prevalent. After the tablespoon was invented in antiquity, silversmiths developed different-sized models designed with specific purposes—for serving sugar, mustard, salt, marrow, punch and so on. This is how the olive spoon appeared, it was derived from the stew spoon, but fitted with a longer handle. Hallmarked in all the silversmith's workshops in the kingdom, it featured the same characteristics every time: a decorated oval spoon pierced to drain the brine in which olives were pickled (they were too bitter to be consumed directly).