From custom kitchens at the Mandarin Oriental in Paris – where he earned two Michelin stars in 2012 – to Kendo dojos, the French chef holds Japanese culture in high esteem, even making it the main ingredient in his collection. 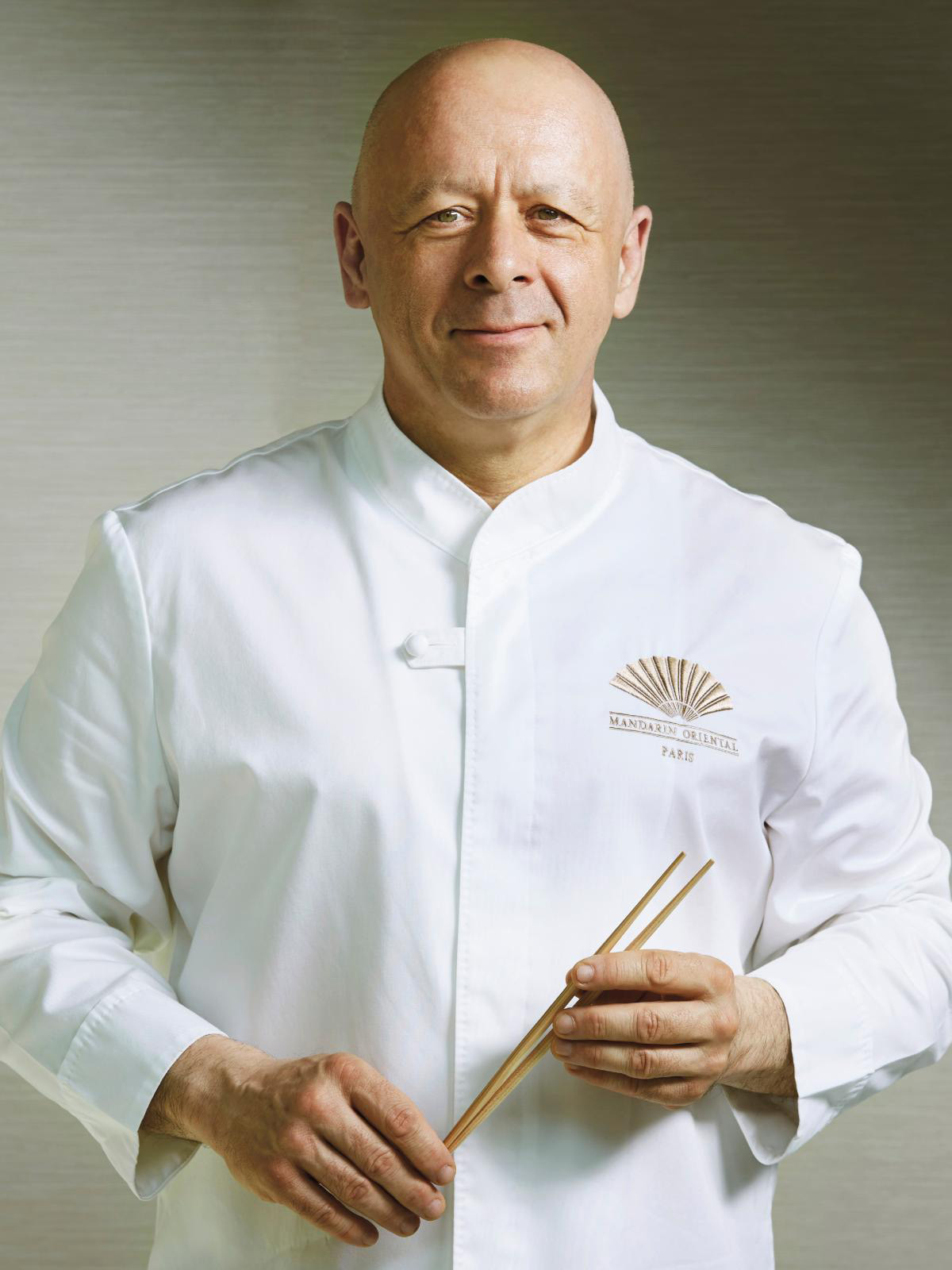 What do you like most: painting, objects, photography?
Objects, without a doubt. I started by collecting antique books from the 18th and 19th centuries, and then mainly Japanese weapons. I learned at Drouot, where a friend of mine, an antique dealer, had taken me. I met fascinating people there who taught me a lot.

An artist or work that has caught your eye recently?
The works of the Museum of Oriental Art at the magnificent Ca’ Pesaro, which I discovered during the last Venice Biennale.

The artist who moves you most?
The culinary photographer Mathilde de l’Écotais (his partner, Ed.) and, once again, Enki Bilal. I also very much appreciate calligraphy.

Do you prefer the FIAC or Biennale Paris?
The Biennale Paris, which I attend very regularly. But, as someone who puts a lot of distance between my emotions and consequent actions, I have never bought anything there, yet!

Is there a guiding theme behind your acquisitions?
Unsurprisingly – Japan, and in particular the Edo period, which is a troubling, energizing period and the origin for the blossoming of the arts of the archipelago.

Well-Honed Results for a Group of Japanese Swords