Mehdi Hadj Khalifa: "Morocco is in an experimental phase"

On the eve of the 1-54 Marrakesh fair, this young entrepreneur, son of one of Hassan II's engineers, tells us about his vision of Moroccan contemporary art, which he ardently supports. 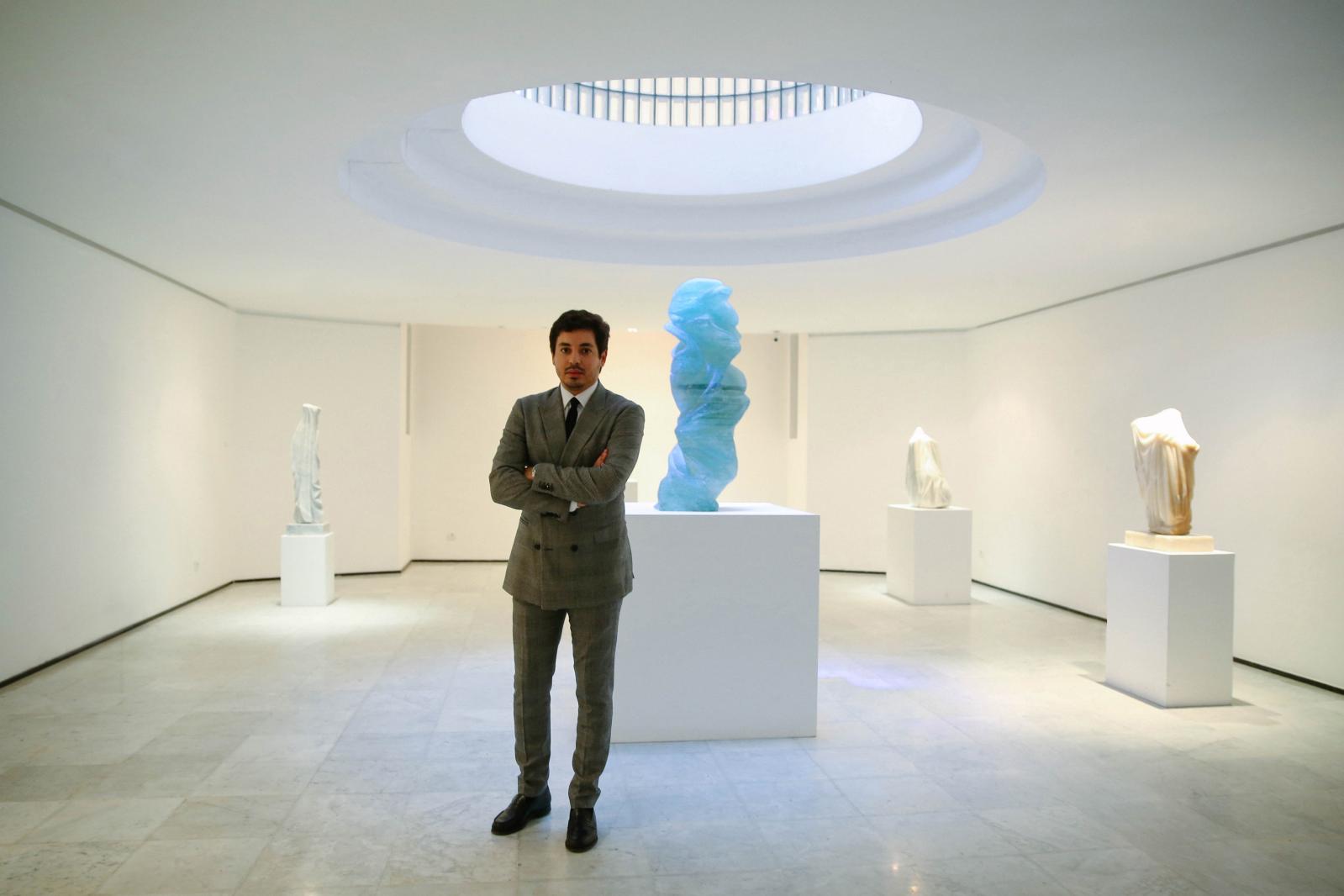 What brought you to art?
I spent five years at the reception and exchange centre of the former Récollets convent in Paris as a research student, and I did my first internships in institutions where I was given art-related assignments. I felt an immediate connection with this world... I set up exhibition projects sponsored by brands, assisted artists on the production side, and worked on mounting international exhibitions.  All this led me to curating.

Today, you are overseeing an ambitious international exhibition project that supports emerging Moroccan artists...
Our aim is to highlight a scene that is not very well known and show it abroad. This early part of the century has been a testing ground for Moroccan art. Several initiatives have emerged, like Apartment 22 in Rabat and the opening of various galleries. Above all, artists have appeared, producing extraordinarily high-quality works of a kind never seen before in Morocco. They are part of the post-Internet art movement, sometimes called "new media art," and combine both the fine art and digital aspects. In Morocco, it is coherent, structured, and has its own codes. I spent four years pinpointing its main protagonists, including Yacout Kabbaj and Soufiane Idrissi. I am negotiating with major museums in Casablanca, New York and probably Hong Kong to host this exhibition, which will be accompanied by a manifesto. That's what this project is all about: showcasing Morocco as a country that can respond through art to the world's pressing concerns, a long way from the clichés and tradition that too often prevent it from being part of the great international scene.

But the fact that a fair like 1-54 is taking place in London, New York and Marrakesh at the same time is an excellent springboard for contemporary Moroccan art and African art in general…
The 1-54 fair makes it possible to model the continent's idea or imagination more effectively, and to understand and explore the individualities of this vast Africa, which has so much to say and show. Especially the Moroccan scene, which is really seething with activity.

How do you feel about the last-minute decision to move the African Capital of Culture from Marrakesh to Rabat?
Marrakesh is an extraordinary city. It is already a Capital of Culture historically and symbolically. But today, Morocco is looking to build a global development strategy, and we are fortunate that the cultural sphere is part of it. His Majesty is very sensitive to these issues. The King made a great speech in support of intangible heritage, which includes art. A revolution! An enormous amount of planning and development work has gone into supporting this, so that Rabat can host large-scale cultural projects. The Rabat Biennale (staged between 24 September and 18 December 2019 – Ed.) helped to prove this when an influx of 140,000 visitors at several sites was managed in complete safety.

How is the art market doing in Morocco?
It's relatively stable. It still has a very strong focus on modern art from the 1950s to the 1990s. However, we can sense a new generation of collectors emerging, who would enable truly contemporary art to be better understood and become more popular. In addition, the Moroccan art market is still in search of a more effective model, including a tax system that would encourage the acquisition of works for private or corporate collections. VAT on art works has been lowered to 10%, it's true, but we still need a tax exemption scheme.

Do you feel that the Moroccan contemporary art scene gets more support from institutions and public authorities today?
I can see that Morocco is in an exploratory, experimental phase at present. However, a lot of positive things have come about, like the drop in VAT I've just mentioned, and the creation of a National Museum Foundation (in 2011 – Ed.). But the public authorities are not yet well-enough equipped to understand the complexity and issues of the art world. For instance, there is no official artists' centre, and no legal copyright protection. Emerging artists are in a difficult situation, as they don't have access to structures and support that would enable them to exhibit and would encourage them in their careers.

Defending contemporary art is still at the work-in-progress stage in Morocco?
I myself co-founded a programme dedicated to young artists in Morocco in 2011, Master Mind, which has acted as a springboard for several of them. In 2015, we organised an exhibition at the Venice Cadre gallery in Casablanca. It was the first project really dedicated to clearing the way, which helped various artists to find a gallery and several young curators to set up exhibitions. Since 2014, several venues have emerged, which offer exceptional programmes, such as Le Cube in Rabat and the 18 in Marrakesh. Independent units are also doing marvellous work, like La Source du Lion, the Observatory workshop in Casablanca, and Mahal Art Space in Tangier. The situation is somewhat comparable to the 1980s and 1990s in France, when initiatives like Le Magasin in Grenoble came to the fore. It's in the private sphere that we find projects fulfilling the hopes of contemporary art in Morocco, involving courageous activists who deserve better support in a maturing art market.

Is it easier today for artists to tackle sensitive subjects in a country that is still very traditionalist?
There is a certain freedom of expression, and many subjects are addressed, but artists apply an enormous amount of self-censorship. It's a question of culture. We are in a part of the world where the unspoken is commonplace. Fortunately, I see progress in this officially patriarchal, unofficially matriarchal country.