2018 has been a tough year for the MCH Group, Art Basel’s parent company. Its shares on the Swiss Stock Exchange fell by 60%. How could a company considered the juggernaut of the art fair world lose so much value in so little time? 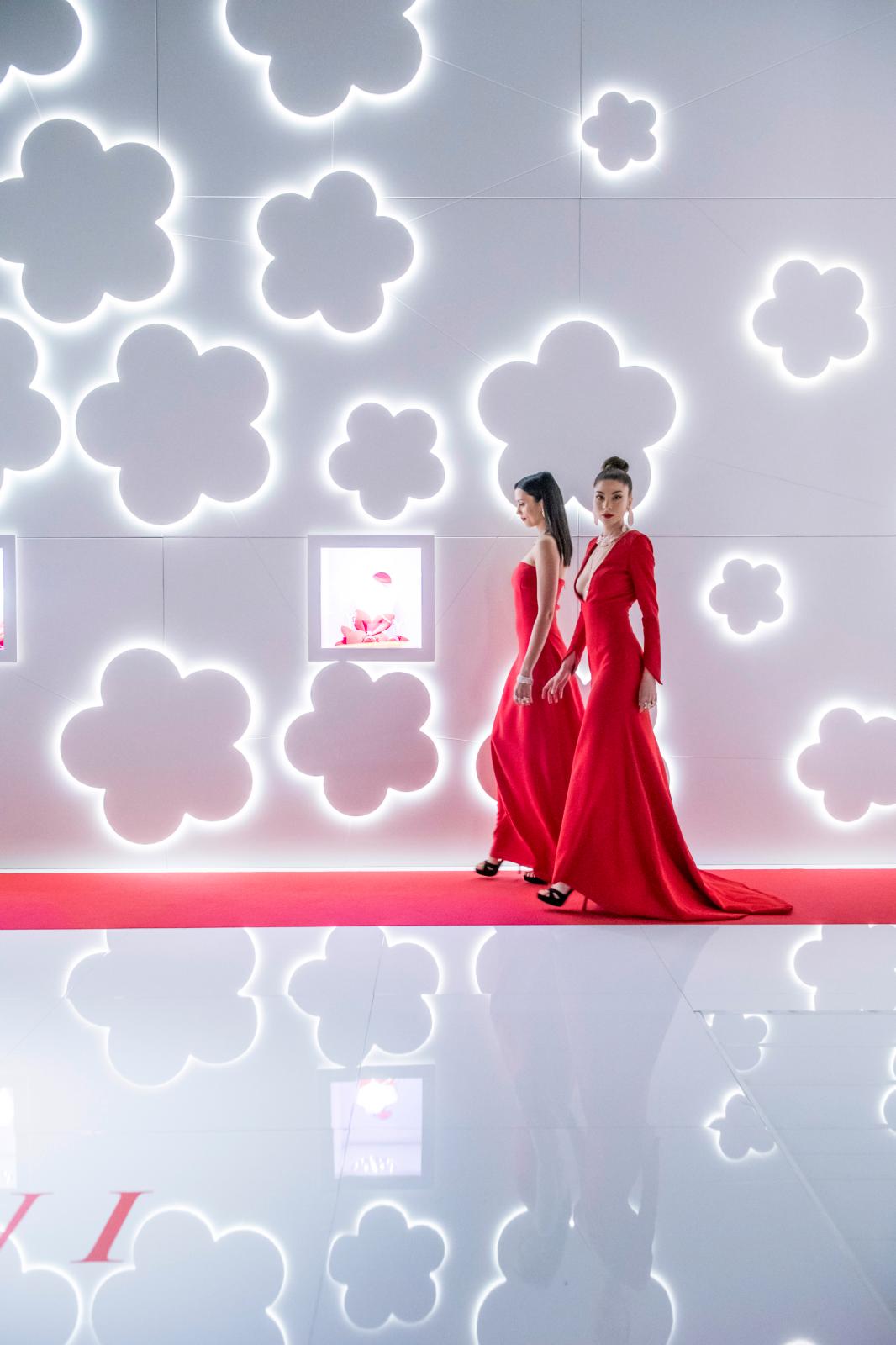 The year is 2016, and the MCH Group has garnered accolades from the art world for organising the world’s most successful art fairs: Art Basel, Art Basel Miami Beach and Art Basel Hong Kong. New art fairs are springing up everywhere and stock growth looks healthy enough. It’s a time when industry leaders are starting to make changes in their business models, even if they are still on top, so as to maintain their leadership in a changing world. But how do you change a company that has been working in the same way for over a century? The first step was to announce a new business initiative, Art Basel Cities, where the company would promote cultural events in selected cities, although no trade fair would take place. The second was the acquisition of shares in middle-market art fairs. These would be art fairs in developing countries or secondary fairs in countries with one big event already – but not through the Art Basel label, with the company just acting as shareholder and manager. It announced a new fair in Singapore, bought a majority stake in India Art Fair and a minority stake in Art Dusseldorf. Grand Basel, the antique and luxury car fair, would also expand to Miami. Of all the above, only Art Basel Cities had any real impact, taking place in October in Buenos Aires. Even though it wasn’t a fair and the (slimmer) revenues came mostly from charging the city for organising the event, it was a cultural success. Around the same time of the year, MCH announced that it was selling its participation in India Art Fair, Art Dusseldorf, and cancelling Art SG. The Grand Basel auto show’s international expansion was also halted. One thing investors hate is when companies announce major moves and change tack halfway through. Perhaps a new business plan is inherently flawed but nobody has realised, or it needs more time to come to fruition and the company becomes anxious and maladroitly changes its plans. We’ve seen some bigger companies founder through defective strategic plans, and others because they have changed their business strategy too drastically. Two years after announcing the strategy turnaround, they have now returned to the status quo in terms of art fair presence, but 60% poorer.

The MCH Group sounded the alarm for the first time back in July, when Swatch Group, the Swiss watch-making conglomerate, cancelled their sponsorship for the Baselworld Watch and Luxury Fair, estimated at €50 million: by far the largest sum from a sponsor. The fair was one of the most prominent within MCH, especially given its Swiss DNA. It was as though Pelé had announced he would not be supporting Brazil in the next FIFA World Cup. This departure destroyed 2019’s Baselworld plans. Swatch Group’s email explaining its reasons for breaking the decade-long partnership was painfully sincere, arguing that the art fair model was old hat and in need of a huge rethink. Funnily enough, another reason was MCH’s “extreme arrogance over all these years”. Arrogance in the luxury market? Appalling... Baselworld in 2019 will be based on a “completely new model”, although nobody really knows what that means. Swatch Group’s departure was such a shock that it prompted the firing of MCH’s CEO René Kamm, leaving Hans-Kristian Hoejsgaard temporarily at the helm facing a problem as big as the Alps: how to reinvent the wheel. The contentious divorce with Swatch accelerated MCH's plummeting share prices, and led to their cancelling their participation in the mid-sized fairs. Maybe the watchmakers were the first ones to admit that the Basel art fair business model is exhausted, or, in other words, that the emperor has no clothes.

The most evident reason for plummeting profits is the phenomenon called “Art Fair Fatigue”. It seems as though gallery owners and collectors can’t keep up with all the art fairs appearing everywhere. Fair organisers discovered the power of the “art fair experience”, bolstered by the rise of the social media, and pre-openings became the-place-to-be for influential collectors. Parallel parties and cocktails followed, and finally satellite fairs. We must acknowledge MCH Group’s extremely successful strategy in building the Art Basel brand worldwide. The Swiss fair, which dates from the 1970s, was well-rewarded for pioneering the fair/experience model, creating arguably the biggest art fair in both Europe and US. Art Basel Hong Kong, the latest addition to the brand, is also very powerful in Asia. In fact, Art Basel Miami Beach has grown so much that most people in America don’t even realise Basel is a city in Switzerland that also hosts a major art fair. But after creating one huge art fair in each of the world's three richest continents, what next?  The strategy of adding smaller art fairs to the portfolio seemed the most natural one. But they soon realised that the world was already full of art fairs, and sponsoring new ones meant cannibalising their own market. Good fair management alone is no longer enough to make a profit. The great success of Art Basel lies mainly in branding, not management, and though the fair is spectacularly organised, that’s what collectors arriving in private planes and spending millions have come to expect. If those smaller fairs don’t come with the “Art Basel” name, they don’t have the same appeal, and won’t attract collectors.

To distance itself from the sole organisation of fairs, MCH Group decided to call itself a “live marketing company”, selling branding instead of fair management. It seemed like a good idea, if a rather odd way to put it. But this new ambition fell short of its marketing goals, because the company simply continued to do what they always did: events. Now MCH has a personality disorder. They don’t know if they are an event planner company, which is struggling to find new events to sponsor, or a marketing company, struggling with leaner profits and, quite frankly, a lack of direction. You can’t proudly organise events such as Zürich Slow Food Market or Smart Home Swiss and tell the world you are a marketing powerhouse. Those are the events of a mid-sized Swiss company, not a global corporation. Another consequence of posing as a global player instead of a local company was losing the tax benefits granted by the Canton government to build their new building. The tax exemption has existed since 1920 to promote tourism for Swiss fairs, but renovating a major construction was too flagrant for tax authorities to ignore. After three years of some $30 million in profits, the company posted a $109 million loss in 2017, and 2018 looks set to follow suit. Not only is there the 60% drop in stocks, and now a market cap of $130 million, but there are also probably one or two galleries exhibiting at Art Basel that are bigger than the whole MCH Group: something unthinkable three years ago. Now the company has to decide if they want to do Swiss consumer fairs and a couple of events abroad, as in the period from 1916 to 2016, or try to be an international conglomerate. Nevertheless, it’s hard to tell investors that your business model has reached its ceiling and you have run out of new ideas, especially when your company is publicly listed on the Swiss Stock Exchange. Abandoning plans for expansion and selling the shares in smaller fairs, to slim down the corporate structure, seems to be the plan for now. Regroup and rethink. Still, MCH Group’s road back to success looks less like a German autobahn and more like Santa Cruz de la Sierra’s Death Road.

2017
67.5% shareholding in Masterpiece London Ltd. Acquisition of 24.1% of art.fair International GmbH, the organiser of Art Düsseldorf.

2016
Acquisition of 60.3% of Seventh Plane Pvt. Ltd in New Delhi, the organiser of India Art Fair.

1986
First watch and jewellery fair held separately from the Swiss Sample Fair, with exhibitors from outside Europe for the first time; 1,784 exhibitors, 91,000 visitors.

1916
Agreement of the government of the Canton of Basel-Stadt to hold a "Swiss Sample Fair".