Massimo Osanna recently led the most extensive excavations at Pompeii since the Second World War. The archaeological park’s Director, he is also the curator of an exhibition at the Grand Palais, which was postponed due to the coronavirus outbreak but can be partly seen online. 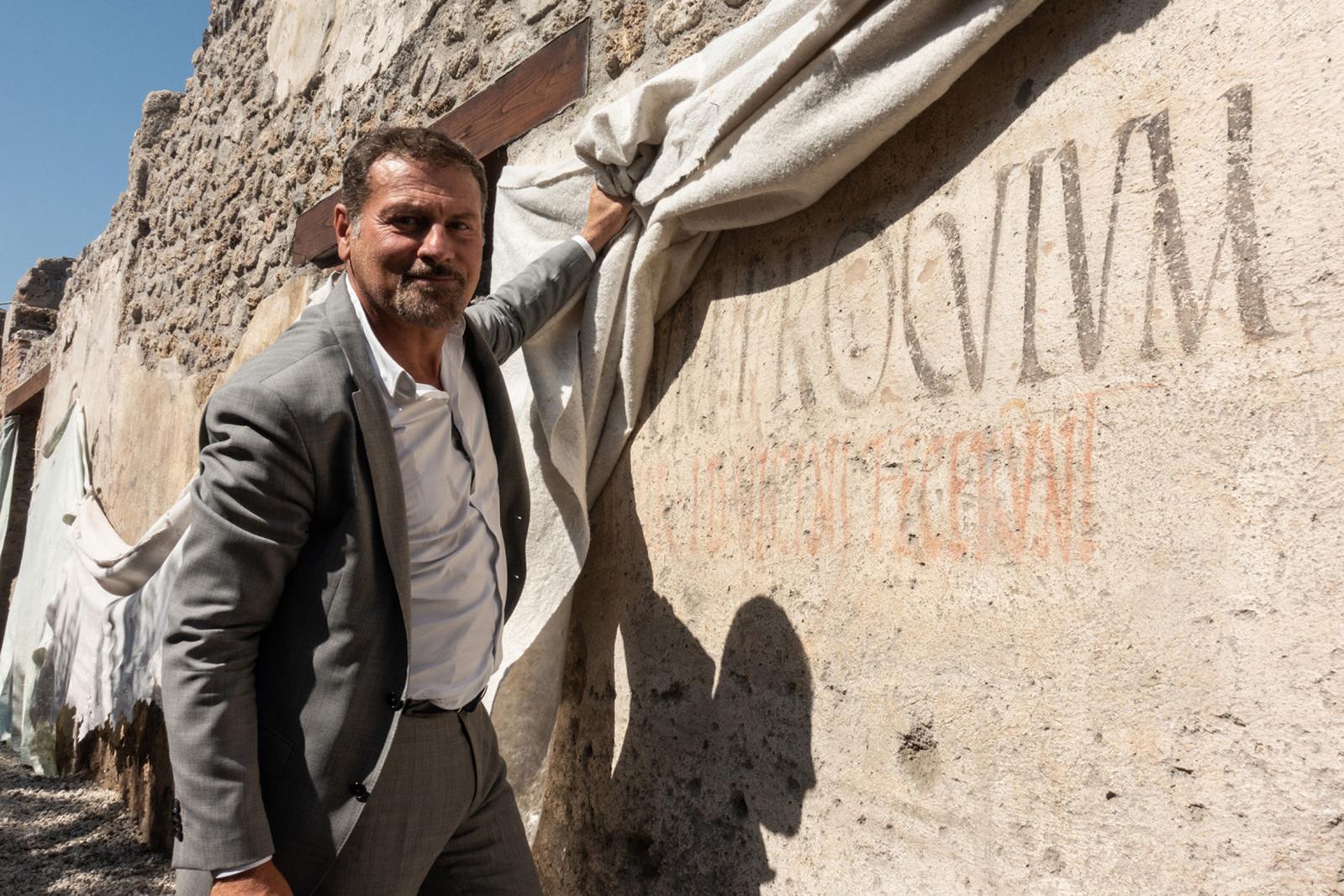 In the 2010s, before the decision was taken to carry out the excavations, Pompeii had suffered multiple collapses, sending a wave of emotion around the world. And yet you like to say that this dramatic episode was an opportunity for the ancient city. Why?
The collapses alerted the Italian government and the international community to the site’s state of degradation and the urgent need to save it. This led to the "Great Pompeii Project". Initiated in 2014, it has been allocated a €105-million budget, 75% of which comes from European funds.

What was the project’s aim?
It was an "extraordinary" intervention. Until then, only occasional restorations of houses had been undertaken. But restoration is not possible without shoring up the existing archaeological structures first. In Pompeii, the collapses came from places weakened by pressure from unexplored areas on the foundations of the remains already unearthed. It was necessary to stabilise these excavation fronts, which were sometimes five or six metres high. That’s what we did on the three kilometres bordering the 22 hectares that were still unexplored. Starting in October 2017, we had to clear a 2,000-m2 enclave to safeguard the buildings unearthed in the 19th century. This is where we carried out the excavations.

What did you find?
A whole new neighbourhood with narrow streets, shops and houses decorated with amazing frescoes and mosaics, as well as many precious and everyday objects. An entire lane has been unearthed. We call it the "Alley of Balconies". It had a thermopolium, a kind of ancient fast-food joint. Nearby, two houses, whose owners must have been people of some status, are almost opposite each other: the "House of the Garden" and "House of Orion". Many inscriptions, tangible evidence of daily life, also came to light. Electoral inscriptions were found, especially along the Alley of Balconies, a sign that it was a busy street. So was some erotic graffiti, notably at the entrance of the House of the Garden. An inscription inside proved to be vitally important.

What was special about it?
It was written in charcoal on one of the walls of the atrium, where some work was being done when the disaster struck. Probably in a workman’s hand, it indicated a date intended to record the movement of objects or food: "the sixteenth day before the calends of November", i.e. 17 October. Since charcoal fades quickly, we inferred that the inscription was written shortly before Vesuvius erupted. This called the catastrophe’s date into question. Written sources indicate that it took place on 24 August 79, although that is often in dispute by researchers. The recently discovered date confirms the hypothesis that Vesuvius erupted later. Several items found on the site, such as braziers and the remains of figs, walnuts and chestnuts, already suggested that it might have occurred in the autumn.

Did you find any of the eruption’s victims?
Near the thermopolium, we unearthed the skeleton of a man with a purse containing around 20 bronze and silver coins. In the House of the Garden, we found the remains of many oddly intermingled bones. We realised that they had been disturbed by looters who, sometime before the first excavations in 1748, had entered the site through tunnels in the hope of finding valuable objects. Preliminary investigations established that the bones belonged to about ten individuals, including four women and five children, who probably lived in the house. DNA samples showed that some of them were related to each other.

What methods did you implement to carry out the excavations?
We used modern technology like drones, geo-radar, endoscopy or laser scanners and worked in a multidisciplinary team including archaeologists, architects, restorers, volcanologists, geologists, anthropologists and palaeobotanists. This allowed us to document the research in depth. For example, an anthropologist was always at the worksite, allowing the victims’ skeletons, the context and the causes of their death to be studied in real time. Ongoing studies will provide a clear picture of their diet and medical pathologies and help to establish a demographic profile of Pompeii in the first century CE.

What happens now?
Pompeii is out of immediate danger, which means that collapses will no longer occur. We’ll be able to focus on specific restorations, routine maintenance, improvements, research and the redistribution of tourist flows to ease congestion in the most crowded areas. The exhumed objects have been restored. Our goal is to put them back in the domus, their original context. The archaeological area of Pompeii stretches out over 66 hectares. Forty-four have been excavated. A third remains to be explored.