As part of their season devoted to “textile art”, Les Abattoirs present a retrospective of Marion Baruch’s art. The exhibition brings together the artist’s past and current work, as well as the group of objects specifically designed for the nave of Les Abattoirs’ historic 19th-century building in Toulouse, France. 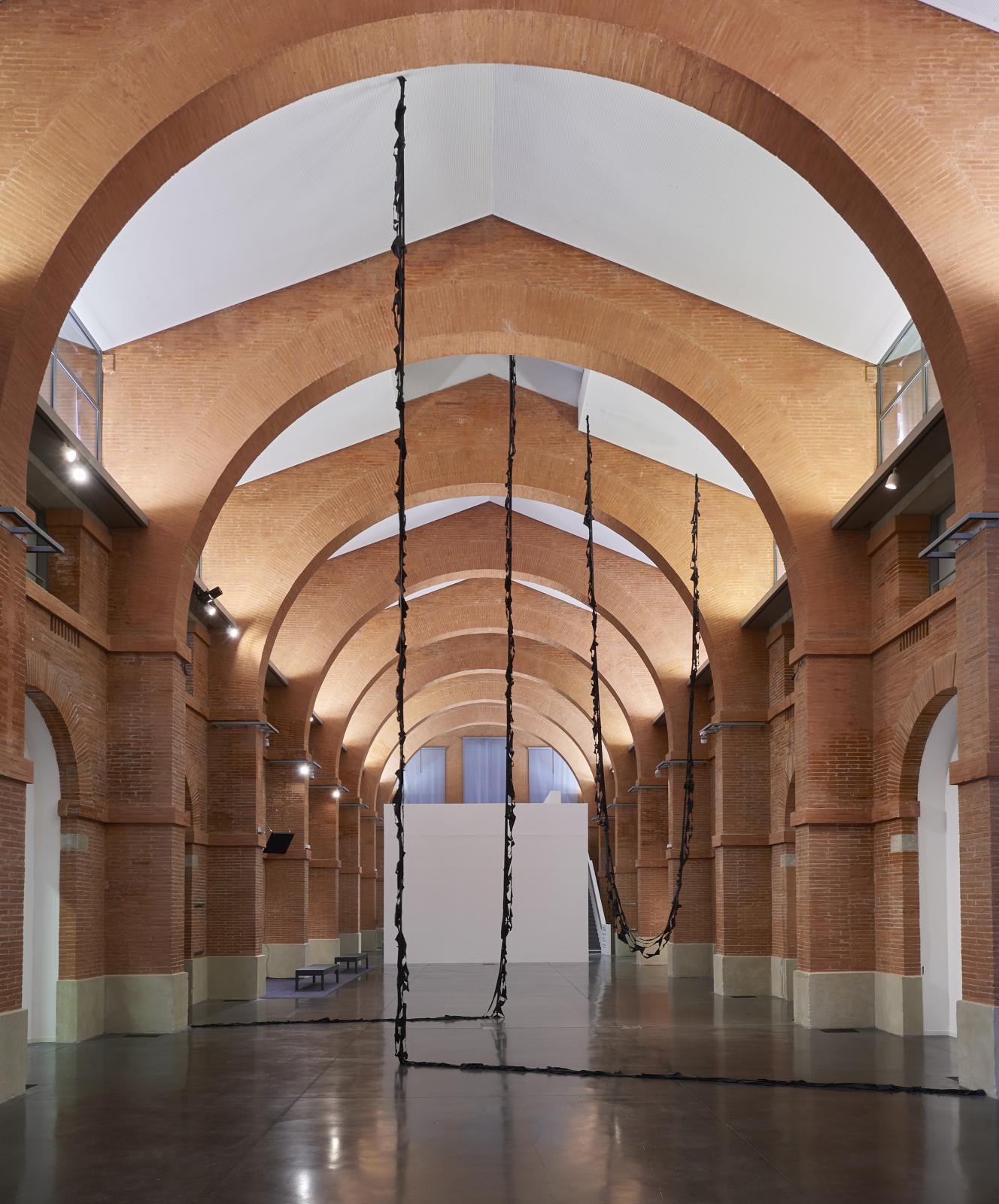 It is thrillingly difficult to classify Marion Baruch’s art. Spanning from the 1960s to the present day, her prolific career runs parallel with the central artistic movements of the second half of the twentieth century: performance and body art, Post-Minimalism, appropriation, feminist and conceptual art, installation and institutional critique, to name a few. Yet, while created in dialogue with these movements, Baruch’s work is fiercely idiosyncratic. Organized in partnership with Kunstmuseum Luzern, the current retrospective at Les Abattoirs foregrounds the artist’s ability to constantly reinvent the material and conceptual conditions of her interventions, while remaining committed to exploring the relationship between art and life.

Arranged chronologically, the exhibition occupies four galleries, as well as the central nave of Les Abattoirs historic building. The first room features Baruch’s work from the 1960s and early 1970s. The artist’s interest in the relationship between the body and surrounding space is traced through her early performances and installations. The highlight of this gallery is Abito-Contenitore (c. 1969)—a group of linen square-shaped garments made for a performance documented in adjoining photographs. Completely encompassed by the fabric, the artist’s body largely disappears, with only a trace of its form visible through the linen. Instead, the geometry of the body in motion comes to the fore as the fabric, animated by the figure within, folds and stretches, pushing against the surrounding empty space and asserting its dynamic presence.

In the room dedicated to Baruch’s Post-Minimalist work from the 1980s, Superart (1988) announces the transition in the artist’s practice from exploring the relationship between the body and space towards probing art’s role in society. The large sculptural object, comprised of a shopping cart fitted with a tall aluminum box, is a witty commentary on art’s commodification. This theme becomes central to Baruch’s practice after 1990 when she starts producing work under the brand Name Diffusion. The gallery featuring this project is reminiscent of a sales room: textile and clothing samples with the brand’s logo intermingle with advertisements - posters, neon signs, magazine articles, and large-scale production photographs.

The density of space dedicated to the Name Diffusion project stands in stark contrast with the sparse and airy ambience of the galleries that presents Baruch’s most recent work. In the early 2010s, the artist started to collect scraps of fabric left over from the garment workshops in the Le Sentier neighborhood in Paris and then in Milan, Italy, where she resettled. These scraps are given second life in Baruch’s hands as she unfolds and arranges them flat on the wall, or hung from the ceiling, or, sometimes, stretched in a corner of the room. Reflecting on the culture of overconsumption and the ecological impact of the textile industry, these works bring out the beauty in the unusable and the discarded. Meticulously arranged within the gallery space, they blur the boundary between presence and absence, object and space, as well as refuse and value.