In the 12th century, the Japanese art of "ink floating on water" met with considerable success. Then, after conquering the East and Turkey as the "art of clouds", marbled paper reached the gates of Europe and was poised to mark the history of bookbinding. 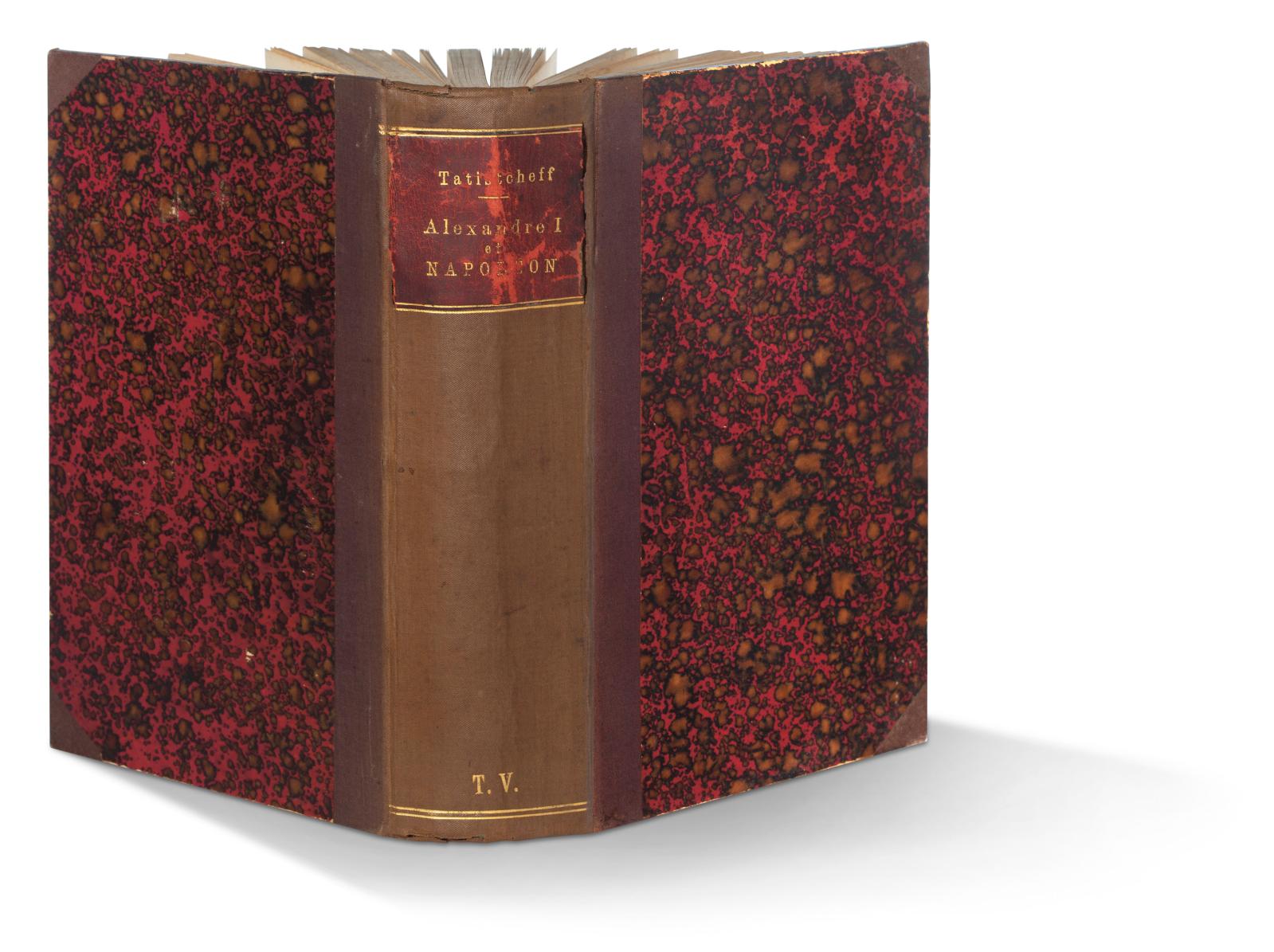 The capture of Constantinople in 1453 fostered cultural exchanges and enabled Western travelers to discover the Ottoman Empire and its extraordinarily refined paper: marbled, glossy, and colored with pale cloudy patterns. These later provided dream-like backgrounds for calligraphy and a means for bureaucrats to create unfalsifiable documents, as it was impossible to alter what was written on them with a reed pen without leaving a trace. This "Turkish paper" reached Europe in the late 16th century in the form of an album amicorum: a collection of short poems, travel accounts or testimonies of friendship. The oldest known copy, belonging to Henri d'Angoulême (1551-1586), has entirely marbled pages.

The first European marbling appeared in Germany in the early 17th century. Endeavors were made to reproduce oriental patterns through experimentation, and the curious, costly sheets of paper obtained were exhibited like paintings—abstract art before its time! In France, the bookbinding industry seized upon these marbled papers, initially imported before their mysteries were elucidated. They adorned the inside covers of luxury books, moving onto the flyleaves between 1660 and 1680, and then the edges. The empirical discovery of this delicate art slowly led to the development of new patterns in changing colors, reflecting the tastes of the period. The use of marbling in bookbinders' workshops became so advanced and prevalent that it is still used today by bibliophiles as a means of dating works.

There was never a marblers' guild, and until the 18th century, marbling production secrets were jealously guarded, despite a seemingly simple principle whereby colors were floated in a tank and manipulated with combs or sticks before being transferred to paper laid on the surface of the water. However, it was a complex and meticulous process requiring the use of numerous substances, like pigments mixed with ox gall to make the colors hydrophobic, and gum tragacanth to make them adhere to the paper, which was sometimes treated with alum. The oldest marbling patterns were applied to laid paper; then in the 19th century, vellum (or "Manila") paper was used, polished with agate to give it extreme gloss and accentuate the depth of the color.

An Outpouring of Patterns and Colors
New patterns and colors appeared throughout the history of marbled paper with splendid regularity. The "small-combed" patterns in five colors (blue, red, ochre, green and black), characteristic of the style of Macé Ruette, bookbinder to Louis XIII and Louis XIV, were obtained by throwing the pigments and pulling them with a comb. In 1640, the "stone" pattern appeared, produced by scattering colored drops onto the water and arranging them in waves with a stick. In around 1660, the "combed" style became broader and more supple and featured a bright red. In the 18th century, marbled paper was still captivating the whole of Europe under the name "Old Dutch".

The undulating "peacock tail" and "mourning" paper patterns appeared around 1670. While the former came in a wealth of colors, the latter were always dipped in black mixed with indigo. Both were used until the late 18th century. At the end of the 17th century, the combed "oak leaf" deployed large floral patterns, usually blue or red. The shell pattern formed by a spiral movement (in blue, red or green) and the large stone were popular in the 18th century, which saw the widespread use of both marbling and its technique, described in the Encyclopedia (Classified Dictionary of Sciences, Arts, and Trades). At the end of that century, the "Spanish" pattern suggested folds of moiré drapery and prefigured the "shadow" marbling of the 19th century. But these subtleties in marbled papers were not revolutionary in terms of taste, and only the bookbinder Derome stood out in this period for his invention of stone marbling on a veined background (green, pink or brown). The "Stormont" stone pattern, often blue, then became common in French Empire bindings, while the "Scrotel" stone of the Romantic period remained entirely monochrome. In around 1840, the iridescent "cat's eye" pattern became widespread; this was obtained by adding potash to the color.

The Second Empire launched with relish into pastiches of older marbling. The "small combed" with its dominant red was astutely named the "nonpareil", while other patterns were produced in all kinds of colors thanks to advances in chemistry and oily printing inks. However, France did not shine in this field, which was largely dominated by Belgian and German exports.

At the beginning of the 20th century, marbled papers eventually lost their appeal because of mechanization. Despite the innovations of the Putois brothers (who highlighted their machined designs with gold powder), certain patterns like cat's eye and shadow marbling were impossible to reproduce mechanically. However, various names stood out in the 19th and 20th centuries: Josef Halfer and Koloman Moser in Vienna, Sydney Cockerell in England, Don Guyot in the US and Ingeborg Börjesson in France and Sweden. Finally, a real revival in the art of marbled paper took place in the 1960s, when its artisanal techniques and eastern origins were rediscovered. Today, experimentation and a mix of cultures imbue contemporary creations that have moved away from books into the realm of decorative art, or are exhibited as works in their own right. Natalie Stopka in New York and Julia Genet in Paris are remarkable exponents of an unobtrusive art we now know capable of myriad metamorphoses.

In the Wake of Exotic Fish
Fil d'actus
Voir toutes les actus
A voir ce week-end : les frères Morozov sur Arte
La bourse de recherche Louis Roederer pour Juliette Lavie
L'INHA soutient le livre d'art
Une nouvelle campagne de crowdfunding pour le canal du Midi
À ne pas manquer
Glossary
M is for Mother-of-Pearl
In the sixth century, its iridescent nuances were already enlivening…
Glossary
A is for Azulejos
Unlike what might be commonly thought, azulejos take their name…
Glossary
B for Bottle
Among all the existing containers, the cylindrical shape with its…
Glossary
B for Berain
Trained as an engraver, Jean Berain explored the freedom of an art…