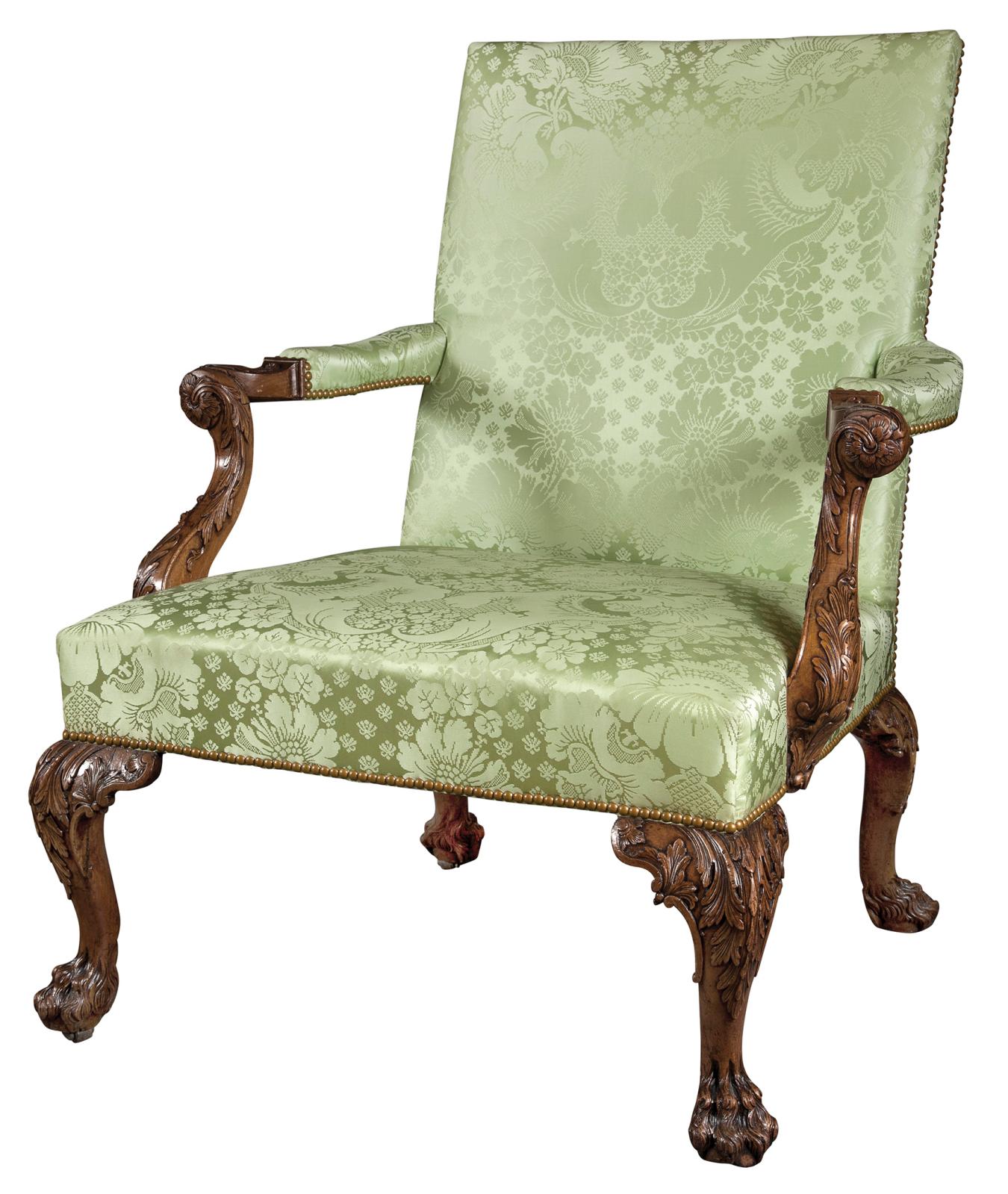 This pair of English armchairs was undoubtedly commissioned by Philip Yorke (1690-1764), 1st Earl of Hardwicke. A close confidant of the British Prime Minister, the Earl bought Wimpole Hall in Cambridgeshire – built between 1640 and 1670 by Sir Thomas Chicheley – from the Earl of Oxford. In 1742, to give the premises a facelift, the new owner called on the architect Henry Flitcroft, who merged three adjoining rooms to create a gallery 18 metres long. The fine pair of armchairs here were probably commissioned for this equally impressive space, with eight other chairs and two pairs of sofas. The cabinetmaker who produced the set in around 1755 is not mentioned in any archives, though the style and admirable execution indicate a talented craftsman from London. These seats faithfully served Wimpole Hall’s successive owners until they were removed in around 1930 by the 6th Viscount Clifden, or his son Francis Gerald, who auctioned them in 1953. The armchairs are now in the collection of Noel and Harriette Levine, whose furniture and decorative pieces are being auctioned this month by Doyle. The couple are generally associated with photography, having assembled one of the world's largest collections. Harriette, an interior designer, has their first acquisition – a photograph of Greta Garbo by Edward Steichen – displayed on a 19th-century oak panel in their Park Avenue apartment. This eclecticism is also found in the sale catalogue, where a mahogany George III cabinet, made in around 1765 in the style of Thomas Chippendale ($100,000/200,000), contrasts with a pair of late 18th or early 19th-century Chinese nodding magot figures, designed for export. Their mobile clay heads have lead counterweights, making them nod as they rock backwards and forwards. No doubt the Levines’ taste will get many other heads nodding at the sale.