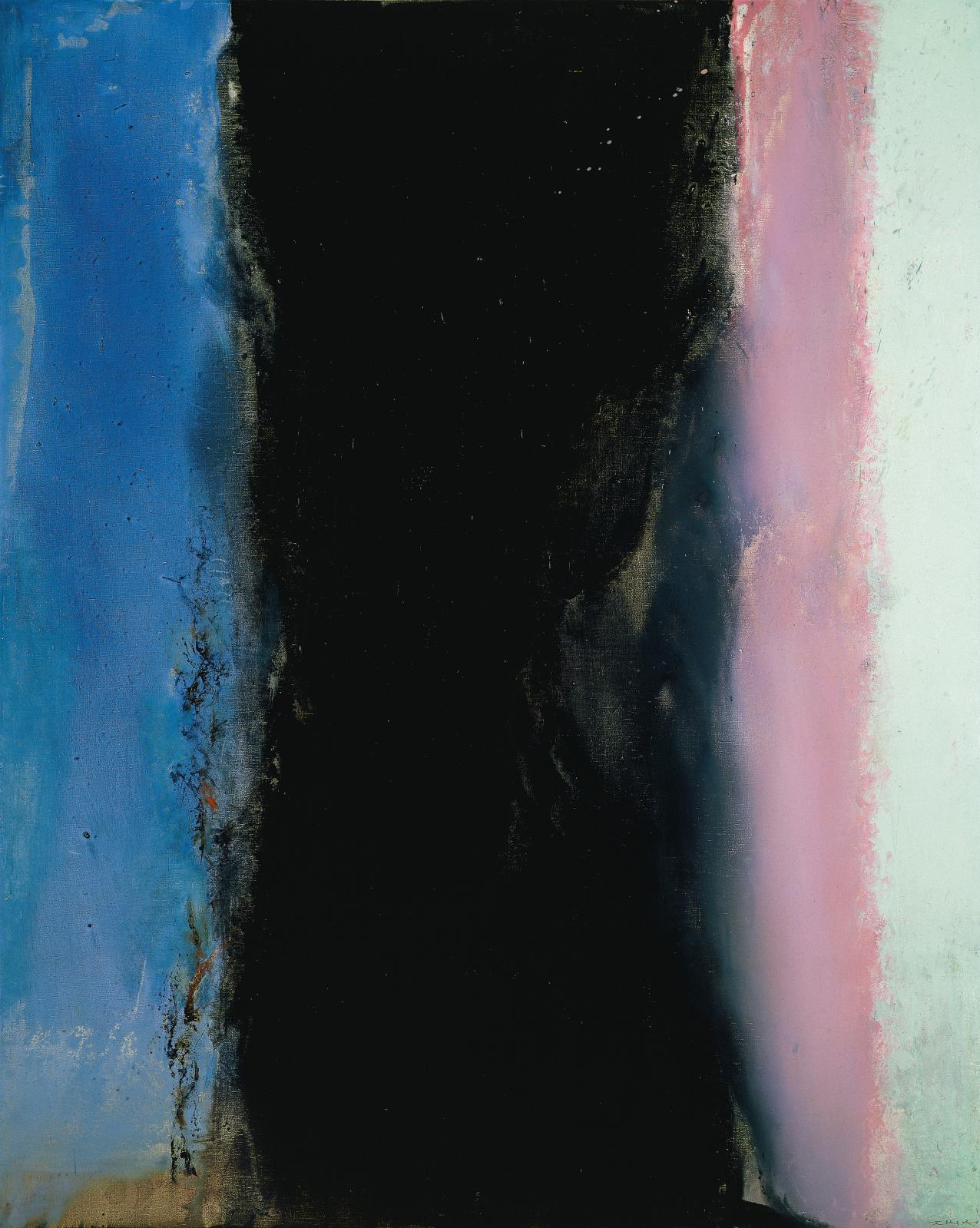 Fifteen years after the 2003 Jeu de Paume retrospective, the Musée d’Art Moderne de la Ville de Paris is once more paying tribute to the Chinese painter who moved to France in 1948, with a particular focus on his large paintings of 1956 onwards. The exhibition features a selection of forty masterpieces from museums and private collections all over the world. The circuit opens with a major painting in neutral tones dating from 1956: "Traversée des apparences". This illustrates Zao Wou-ki's changeover to a pictorial expression "where references to the surrounding world disappear", and where his painting gradually moved away from any representation. From now on, he focused on abstraction – a term he considered too restrictive – and especially landscapes, or rather "nature". Music and poetry remained key sources of inspiration throughout his career, particularly through highly intense encounters, including with the composer Edgar Varèse and Henri Michaux. The artist dedicated several paintings to them, and also to Henri Matisse, whom he deeply admired – as witness this amazing "Hommage à Matisse" (see photo), composed of several vertical bands of blue, black and white: a nod to "La Porte fenêtre à Collioure". Worth noting: the last room, which contains a group of large ink drawings from 2006, never before exhibited in Paris.

Bacon's reading: the dangers of the too-exclusive
News feed
See all news
Planning for new museum dedicated to Le Corbusier begins
Virginia Museum of Fine Arts receives gift of over 8,000 Aaron Siskind photographs
Banker sentenced to jailtime for trying to smuggle a Picasso out of Spain
Domaine Royal de Marly museum, the Sun King’s hideaway, reopens
Not to be missed
Exhibitions
Goya under review
Doing away with many preconceived ideas and over-enthusiastic attributions,…
Exhibitions
Giordano: the many-facetted artist on show in Paris
The Petit Palais is presenting a real exhibition on the history…
Exhibitions
Marie-Antoinette: metamorphoses of an image
Exhibitions
Respect, Monsieur Lautrec!
Dazzling, ferocious, affable: the eye of Toulouse-Lautrec reveals…