Water was the blue thread running through this sale’s four most important paintings—those by Boudin, Renoir, Marquet and Loiseau. 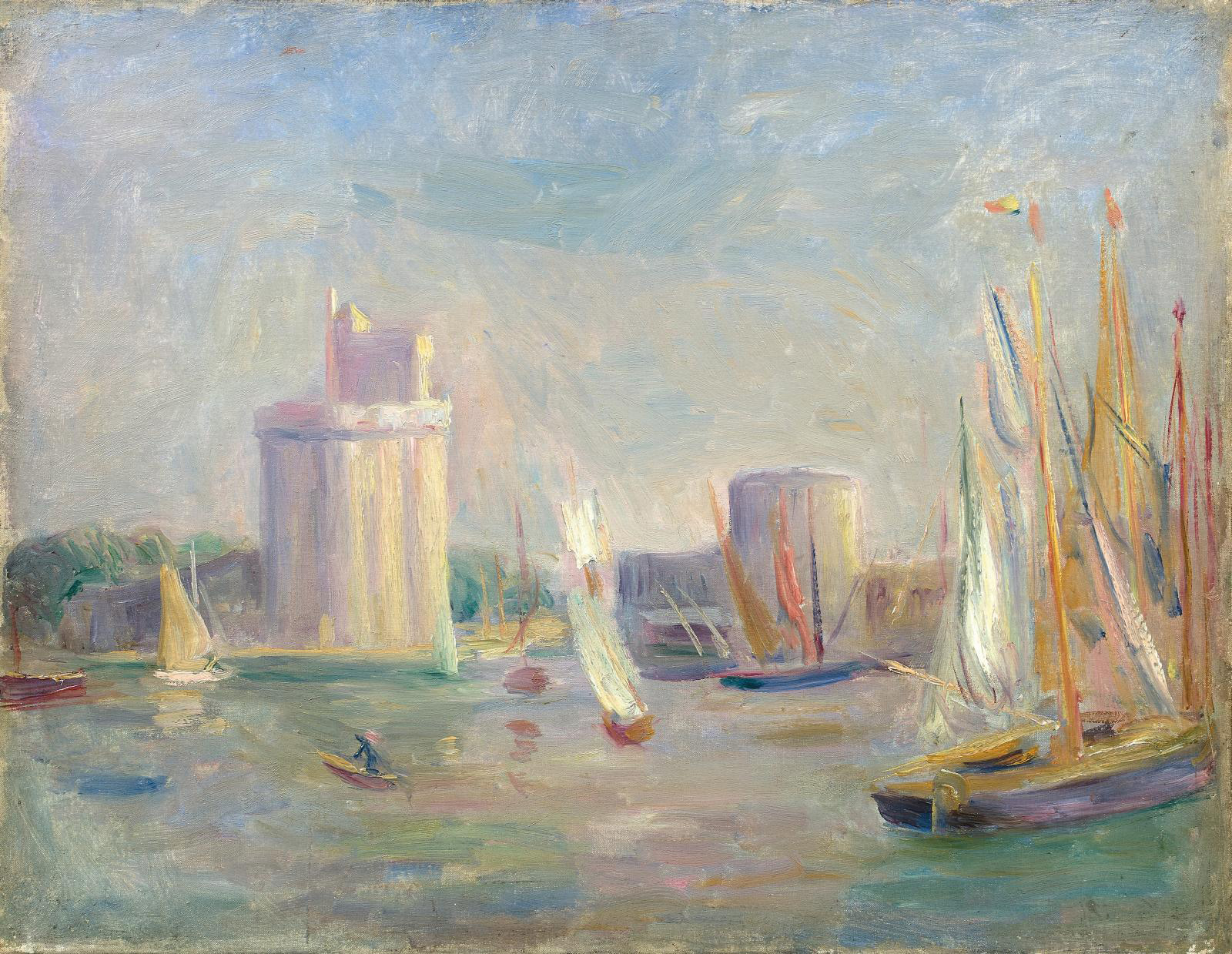 Like Eugène Boudin’s view of Venice, Albert Marquet’s Bordeaux, Les Quinconces, which made the cover of La Gazette No. 21, and Gustave Loiseau’s Les Grands Arbres en bord de rivière (Tall Trees by the River, 65 x 81 cm/25.59 x 31.89 in), this painting by Pierre Auguste Renoir takes water as its theme and hails from an elegant Paris apartment on the Left Bank. Boudin’s work fetched €270,480, Marquet’s €122,360, Loiseau’s €100,464 and Renoir’s €193,200. The Impressionist master painted the Charente-Maritime port city of La Rochelle in a veritable rainbow of free strokes, playing with the movement of the sea and sails, the shimmering sky and nuanced reflections of sunlight. It seems to look different depending on the time of day.

This is a real painting, not one of the stencils that often come up at auction. What’s more, it boasts an impeccable provenance: first the important French art dealer Ambroise Vollard, who sold Renoir’s works, and then the storied Bernheim-Jeune Gallery. It also featured in a 2014 Renoir exhibition at the Gianadda Foundation. When Renoir was in La Rochelle he painted several works depicting the harbor, the powder towers and the jetty. All of them have an iridescent atmosphere that envelops each part of the composition. "I like paintings that make me feel like walking around in them," the artist said. Mission accomplished. Essoyes and Cagnes-sur-Mer are usually mentioned as the sites of his production, but Renoir enjoyed traveling around France as well as abroad.