For over 40 years Daniel Lecomte and his team have been restoring and reproducing old giltwood furniture and accessories to bring back their original luster. 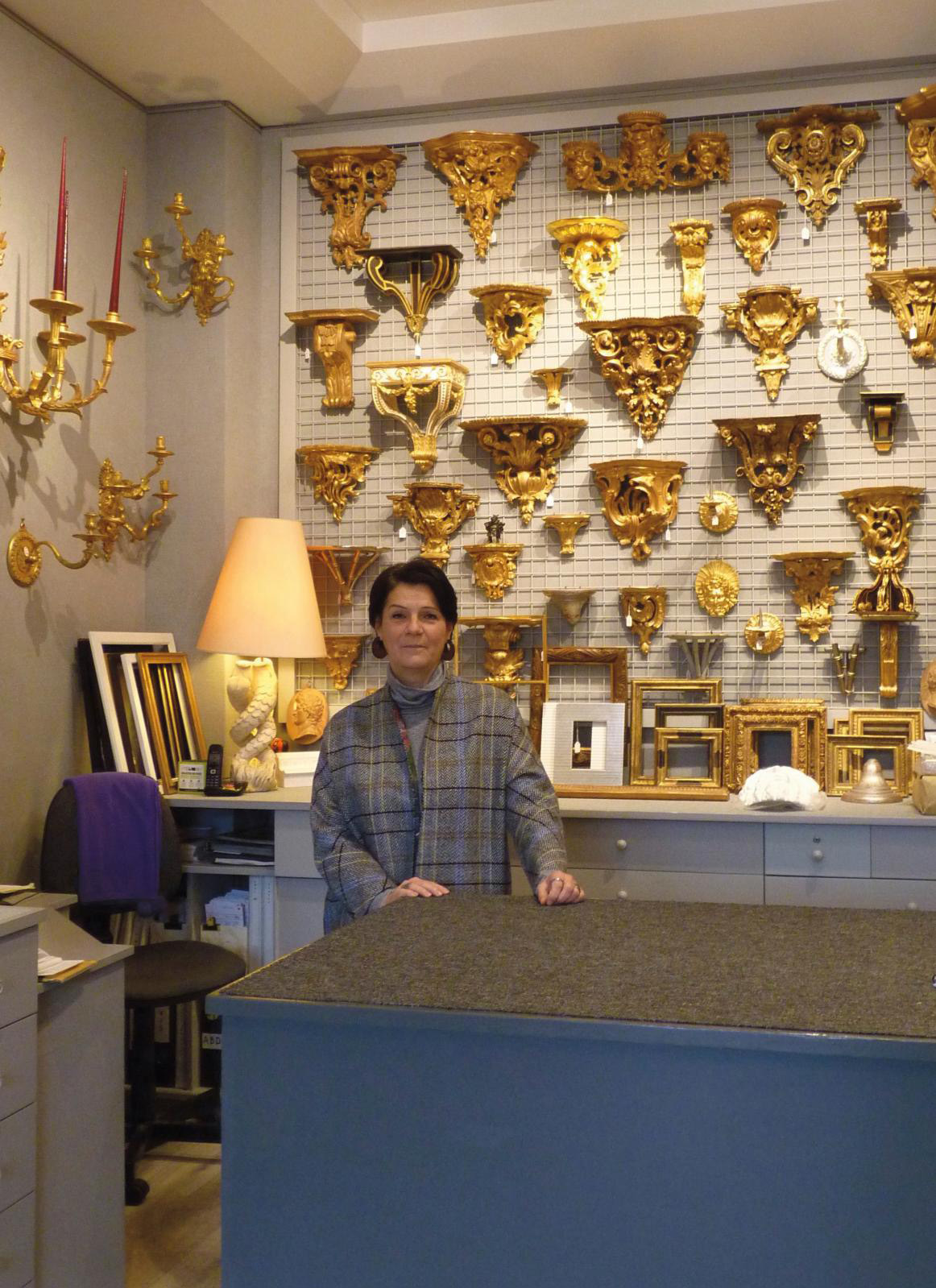 Collectors are quite familiar with the aptly named Atelier du Bois doré (Gilded Wood Workshop) at 15 quai Voltaire in Paris, a stone’s throw from the Sennelier art supply store and two steps from Karl Lagerfeld’s former apartment. The shop with midnight blue windows is bursting with glittering, custom-made treasures, from 17th and 18th-century French frames to 16th and 17th-century Italian, Spanish and Dutch frame designs, mirrors, consoles, coffee and game tables - all made according to the rules of cabinet making, but also over 70 types of sconces, lighting fixtures and classical and neoclassical decorative objects. For over 40 years, Daniel Lecomte, a gilder by training, has worked with France’s finest artisans to breathe new life into old objects. His credo? To offer the best in the business. His motto? “Elegant models and outstanding craftsmanship with a real eye for detail”. Wood gilders often put the finishing touches on a piece of furniture. Their gentle gestures give antique furniture a shine and freshen up any indoor or outdoor ornament. Their vast field of work, encompassing frames, decor, furniture and woodwork, makes them the uncontested masters of a fascinating universe.

Quality in Continuity
Mr. Lecomte’s daughter, Véronique, says the shop’s watchword is loyalty: to a painstakingly acquired skill, to commitments, to the high standards necessary for a job well done and to teamwork, which, according to her, is essential. “L’Atelier du Bois doré is above all a family business,” she says. “My father created it in 1978. He started out as a professional gilder. Gradually, he noticed a resurgence of interest in period frames. But in the 1980s, they were hard to come by and unaffordable, so it dawned on him to make high-quality copies. At first, he was on his own. Today, six people, including a cabinetmaker, a gilder and a finisher, work with us in our Oise workshops. Our frames are exact replicas of traditional models, which does not rule out variations and different sizes. They’re entirely covered with gold leaf.” Other services include classic or contemporary framing under glass—box or corner version—and the creation of accessories, ornaments and decorations intended for gilding. One of the shop’s specialties is restoration, which repairs the ravages of time. Worn-out bevels, damaged moldings, blunted angles, darkened patinas and signs of fragility have no secrets for these lovers of beautiful craftsmanship. “Once an ornament is redone,” says Ms. Lecomte, “we apply primers with thin layers of blanc de Meudon mixed with homemade ingredients. Then we move on to the reparure, i.e., we chisel out all the details. As soon as this is done, we work on the 'plate', a compound we put the gold on for gilding with water, allowing us to obtain a 'burnished' look with a precise color. Next come the stages of gilding and patinating, which must always match the original color. We don’t fudge anything and we always proceed in the same way: the materials we use were already known in antiquity.” Unlike other workshops, where the same person follows every object from A to Z, there is a division of labor at L’Atelier du Bois doré. The sculptor-cabinetmaker makes the pieces before others clean, prime, gild and patinate them. When the gilder’s turn comes, she chooses her plate color to obtain the original tint and a vast range of shades, from yellow to green, which will become matte or shiny versions as smooth as a mirror. Her main materials are gold, of course, but also rabbit-skin glue and "Armenian bowl", a very fine red clay allowing the metal to adhere to the primed wood. The tools to do this range from agate or a burnishing stone to a palette, brushes, gilding pad and "wet" and "dry" brushes. Gilding on wood is done with water or a mix and requires many preparatory steps that will increase the treated object’s sheen.

The Alchemy of Recovering Time
Here, all that glitters really is gold. No frame, console, sconce or mirror leaves the workshop without a new coat of gilt. Most of the regular customers are decorators, gallerists, museum curators, antique dealers and collectors, but sometimes visual artists call on Mr. Lecomte’s skills for their creations. A few years ago, one of them ordered frames with particularly bright gilding for an exhibition. “The outcome,” says Ms. Lecomte, “was a highly interesting visual contrast between the frame’s very unusual appearance and the work’s very contemporary look.” One of the stand-out orders Ms. Lecomte will long remember is a Louis XV mirror, almost supernatural branches worthy of a Cocteau film set, which required a colossal amount of work. Apprentices are in ecstasy when they see the patina of a Spanish frame gilded with white gold or new displays where authentic items from the collection are side by side with copies of old works and more contemporary creations in a setting that is very carefully designed for pieces passing through the store on the Quai Voltaire before reaching the workshop in the Oise. “Even though people are less purist than they used to be,” Ms. Lecomte says, “we don't entrust a family heirloom or a Louis XIV mirror to just anyone. Our long experience makes all the difference. We don't work from a catalog, and relatively little on the Internet, but rather on a case-by-case basis and by guiding our customers based on existing references. This direct contact is irreplaceable in our eyes.” Taking time may be the secret of this workshop not quite like any other. Gilding on wood is not just a simple makeover; it is a guarantee that the art of cabinetmaking still has a long future ahead of it. The workshop’s copies and restorations require coordination of gestures, meticulousness, precision and attentiveness to detail down to the millimeter, in a word a true sense of a craft reserved only for initiates. Lovers of fine craftsmanship are well aware that such mastery is rare. To erase the past centuries while restoring the inimitable glimmer of gold is a feat. Much more than a tradition, it could well be alchemy that, in the virtual age, is more important than ever.