Synonymous with the International Style, Knoll continues to collaborate with cutting-edge names in design and architecture. 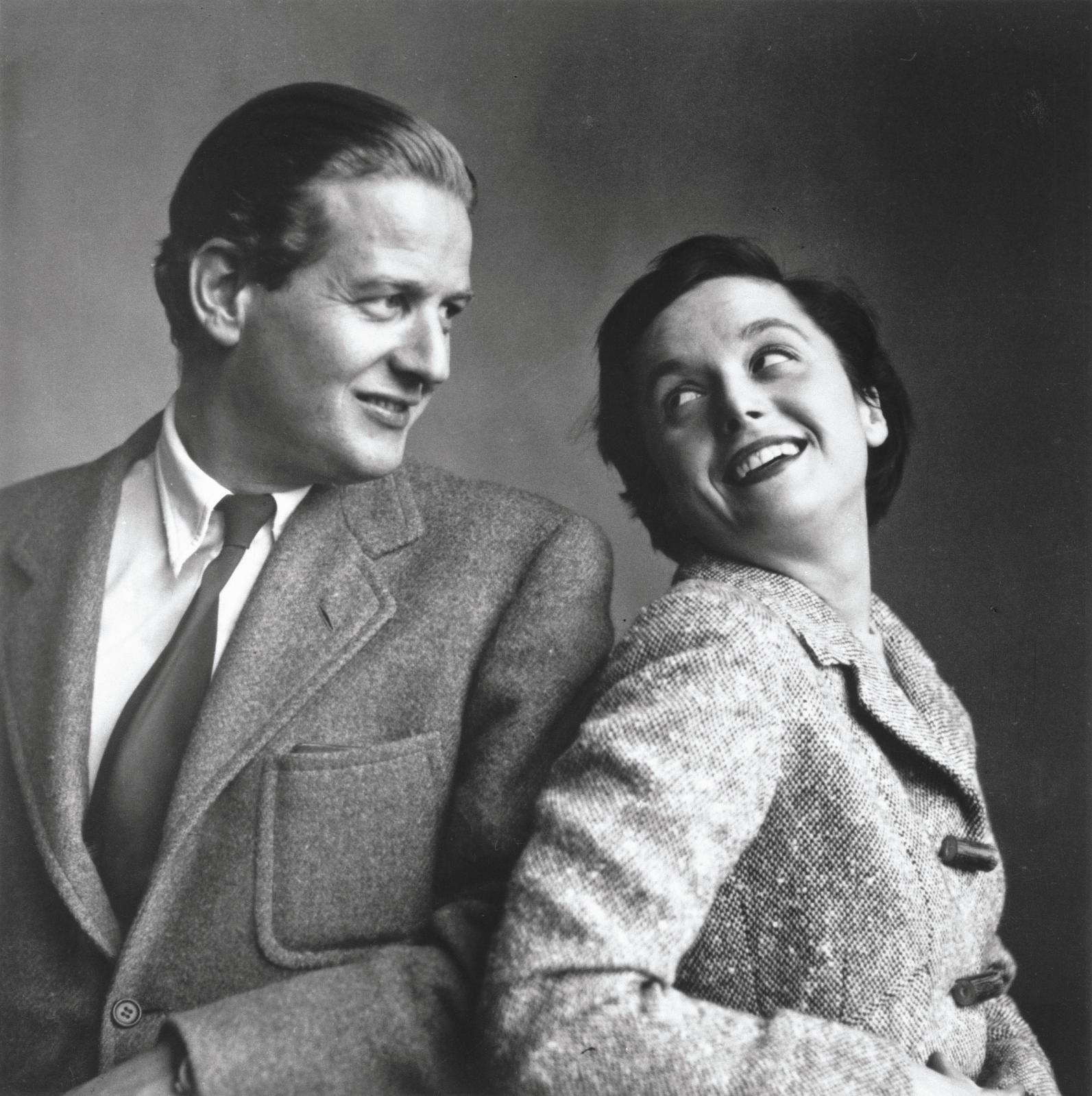 "This is Knoll" was the proud statement in red neon at the entrance of the editor's stand at the 2016 Milan Furniture Fair. An occasion to look back at the history of the sleeping beauty, who had finally disappeared behind her furniture. "We needed to establish Knoll's identity with the public," says the CEO of the European branch, Demetrio Apolloni, "and remind them that a Saarinen, a Bertoia and a Platner is also Knoll." A long history of outstanding names that have punctuated the history of the brand and its husband-and-wife founders, Hans and Florence Knoll.

Modernist roots
A highlight in the editor's annals was 1938, the year when Hans Knoll struck out on his own, just after arriving in the US to market Prodomo, the furniture line produced by his father Walter in Germany. But we could also go back a few years further, when the latter joined the Deutscher Werkbund, working with Mies van der Rohe and Walter Gropius before they left Europe under the rise of the Nazis. One at Harvard, the other at the Illinois Institute of Technology, the two architects shared the teachings of the Bauhaus with their students. These included the young Florence Schust, an excellent pupil well-versed in history, from Aalto to Le Corbusier, having studied the European avant-garde in her first year at the Cranbrook Academy with Eliel Saarinen. The director of the institute had soon become a father figure for Florence, not only because she was an orphan but above all because he recognised her genuine talent for interior design.

An overall vision
Whether chance or coincidence, these to-ings and fro-ings tell us much about the aesthetic roots influencing the two founders in 1946, when they married and renamed the company Knoll Associates. This new American showcase aimed to give shape to modern, function-oriented ideas, staging them tastefully thanks to the acute sense of interior design demonstrated by Florence Knoll, now in charge of the Knoll Planning Unit. Here again, this was a ground-breaking approach at a time when the competition merely delivered furniture ready to be lined up in company offices. At Knoll, they thought of everything, and customers were thrilled with this new tailor-made service. From the Rockefellers to governmental agencies by way of General Motors, Connecticut General, the Federal Reserve Bank and CBS, its order books swelled as the catalogue grew. This was due to Florence Knoll, who created a range of more unobtrusive additional furniture to go with the flagship models. Demetrio Apolloni still finds it all admirable: "While Hans as the founder had an entrepreneurial vision, Florence was the one with the overall view, who developed the strategy." For example, Knoll was instantly recognisable, from the logo designed by Herbert Matter through to the sample swatches, where customers discovered unusual, bold-coloured patterns designed within the company by a dedicated team, alongside prints by Josef Frank or Astrid Sampe imported from Europe. A decided hint of artistic direction before its time.

Top billing
To convey the image of an avant-gardist brand, it was essential to choose figureheads, which the Knolls sought out in cities of seething creativity. In Bloomfield Hills, the Cranbrook Academy continued to serve as a breeding ground for Florence, who called on her long-standing partner Eero Saarinen (Eliel's son) to design the "Grasshopper" lounger and the "Womb Chair" in quick succession, before the "Tulip" collection firmly established its organic plastic and fibreglass shell in 1958. Michigan and Pennsylvania were followed by New Hope, where George Nakashima worked with wood in his workshop and produced the cult "N19" chair, then New York for the edition of a lamp designed with Isamu Noguchi. Meanwhile, regular journeys to and from Paris led to a project with Pierre Jeanneret, while a stop-off in Milan led to marketing rights for Franco Albini's stainless steel furniture. All these icons guaranteed extra impact in terms of both image and income, now balanced out by solid sales in the office sector. Whether Studio or Office, the formula is unchanged today, as confirmed by Apolloni: "My method is to balance the sales result with the cultural result, because there are two ways of running a company. When it's a question of management, products are deleted from the catalogue because they don't sell, whereas the entrepreneurial approach is different. This means keeping a product for its added value, which is why I wanted to recover pieces by Gehry, or the "Bastiano" sofa by Tobia Scarpa, which are part of Knoll's roots."

A heritage method
The current CEO of Knoll Europe knows the company's history well and remembers the buyout of Gavina in 1968 on his arrival, just when Florence Knoll had left the company, and her husband Hans had died prematurely. Though the couple were no longer at the controls, the new marketing manager Robert Cadwallader followed in their footsteps, gradually taking shares in this Italian editor, named after Dino Gavina, its visionary founder who collaborated with artists and designers alike. Its catalogue enabled Knoll to incorporate names like Sebastian Matta, Kazuhide Takahama, Tobia Scarpa and… Marcel Breuer, whose "Wassily Chair" had been put into production for the first time by Gavina in its Foligno factory, built by the Castiglionis. Fifty years on, it still makes most of the European orders, particularly systems in wood, and also produces the "Tulip" table marble tops and the hand-stitched leather for the cushions in the Barcelona line, a few pieces being delegated to the other site, Graffignana (near Milan). Unfortunately, Richard Meier's chequered collection is missing, as well as the post-modernist extravagances of Robert Venturi. Perhaps they will return to the catalogue one day, but for the moment Apolloni talks in the present tense: "The recent collaboration with Koolhaas, like the ones with Gehry and Adjaye, continues this tradition of working with architects who ask meaningful questions. After all, we are telling the story of a vision."

Knoll: 3 key dates
1946
The company founded in New York in 1938 is re-named Knoll Associates with the arrival of Florence Knoll.

Appealing post-war design
News feed
See all news
Pace to merge with Pace/MacGill Gallery to strengthen photography programme
Austrian artist Oswald Oberhuber dies at 88
Germany restitutes three works taken by Nazi regime to victim’s heirs
New York gallery Koenig & Clinton closes
Not to be missed
Analyses
Arter: a new showcase for contemporary art
With its well-conceived architecture, a far cry from aesthetic effects…
Analyses
Prud’hon: the gift of Les Amis du Louvre
The Société des Amis du Louvre ends the year on a high note with…
Analyses
The discreet charm of the Maharajah
After the sale of part of Yeshwant Rao Holkar II's furniture in…
Analyses
Multiplying Mona Lisas
Mona Lisa's fame can be gauged not just by the hordes of tourists…