Emblematic Kanak cultural objects collected by a descendant of one of New Caledonia’s oldest colonial families are on the market for the first time. 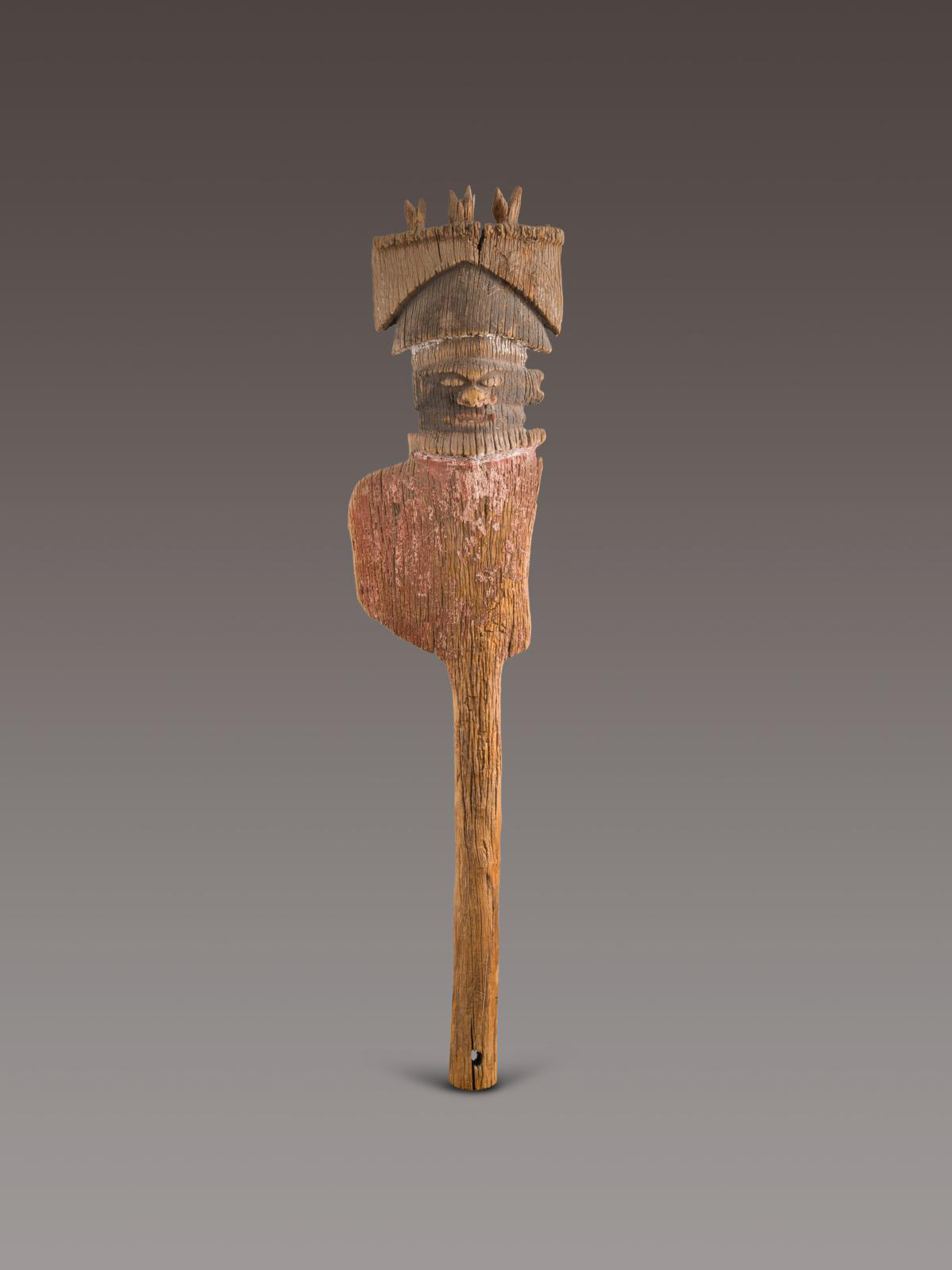 With a single exception, the 34 works collected by Jacques C. have never come up for auction. For nearly 50 years, Mr. C., who had a passionate interest in Kanak culture and died in 2018, sought out these artifacts around the world. Like his ancestors, he had a profound affection for New Caledonia. Three generations before him, in 1852, two brothers, Timothée and Hippolyte C., left their native Normandy for Australia to open a restaurant in Sydney, Le Café Français. In 1861, Timothée married a young Irishwoman and bought 1,500 hectares (some 3706.5 acres) of land in New Caledonia, which had become a French territory eight years earlier. In July 1862 he and his family disembarked from La Gazelle, specially chartered for the voyage, and settled on that land to grow sugar cane. His brother joined him in 1866. Their descendant, Jacques C, was an interior designer in Nouméa and a shareholder in a contemporary art gallery in Paris who remained attached to New Caledonia, even becoming vice-president of the Société d’Etudes Historiques de Nouvelle-Calédonie.

Maces, Adzes and Roof Finials
The pieces he collected are emblematic of the Kanak culture. Three maces with serpentine disks fastened to fabric-covered wooden handles (€800/3,000) recall the ones given to Admiral Bruni d’Entrecasteaux (1737-1793). His officers called these gifts “monstrance-axes” because they reminded them of the object used in the Catholic mass to display the host. Although called “head-crackers” in the local language, they were much too fragile and precious to have been used for that purpose. They were only wielded in a solemn context, as the scenes engraved on the bamboo attest. A heeled adze—outstanding for its quality, size (l. 38.5 cm, 14.96 in), and in excellent condition—also served to display a wide serpentine blade. By the 1850s these tools had already grown scarce, as trade with Westerners grew and metal replaced stone. But their significance never faded. This impressive piece features the face of an ancestor, giving it a highly singular aura (€8,000/12,000).

The earliest explorers described another strong symbol of Kanak identity: the roof finial, quite literally the “head of the house”, carved with a face and set up at the top of a cabin sometimes over 12 meters/39.3 ft high. Its presence marked the hut—a customary place where sacred rituals, consecrations and prohibitions took place, and where community life was organized—with the seal of taboo and placed daily life under the ancestors’ influence. One of the finials presented, featuring a serene-looking personage wearing a necklace hanging down the torso, has percussion marks. They indicate that it was ritually beaten when the chief died because the objects he owned had to die with him (€25,000/40,000). Just as symbolic is the tale, a sculpture affixed to the doorjambs of the great hut reserved for the proclamations of the tribe. Carved in low relief in houp, a noble tree that grows in high-altitude primary forests, they evoke a deceased person. Under a peaceful face with closed eyes, similar to the oldest depictions, a geometric decoration suggests the bonds holding the corpse in a shroud of matting. (€8,000/10,000). Another sculpture, belonging to a body of work usually called “children in the cradle”, features a dead person lying on a stretcher, who was treated with the same care as a newborn. Nineteen figurines of this type are known in the world, including one at the Musée du quai Branly-Jacques Chirac in Paris, preempted at Fontainebleau in April 2017. Emmanuel Kasarhérou, the museum’s president since 2020 after heading the Tjibaou Cultural Center in Nouméa, will undoubtedly be interested in the objects in this collection.

From Collecting to a Collection
According to the Kanak origin myth, the world was created from a cake of earth similar to a yam cake cooked in a banana leaf. When it was tossed into the Pacific Ocean, it opened up to form an island. The complicity between the sun and the moon gave birth to animals and people. James Cook named this land New Caledonia when he arrived there in 1774. Antoine Bruni d’Entrecasteaux, who set out in search of the explorer La Pérouse, like him dropped anchor at Balade, north of Grande Terre, in 1793. Both navigators had naturalists and painters aboard who observed local customs for the first time. The objets collected were traded with the local population. Illustrated publications featured these explorations, which amazed Westerners and aroused their curiosity.

From 1843, missionaries, naval officers, doctors and colonial administrators, whether they settled in New Caledonia or were just passing through, became self-styled explorers. They collected observations, botanical specimens and objects on-site, while in Paris, exotic art dealers such as Émile Heymann sold pieces to artists curious about new forms, and to prehistorians and anthropologists. The late 19th century saw the rise of the human sciences, and with them the creation of around 50 public European ethnographic collections which contained many objects gleaned on voyages sponsored by museums and universities with the blessing of governments. The first books on Kanak ethnology, written by the Swiss naturalist Fritz Sarasin in 1929 and the French pastor Maurice Leenhardt in 1930, are still authoritative. Anxious to save a vanishing material culture, both men undertook a final round of collecting, which they carefully documented. After the Second World War, leading Oceania specialists like Jean Guiart continued and furthered their work. Today, ethnologist Roger Boulay collects pieces scattered around the world. Incidentally, the ones in public institutions feature in the Musée du quai Branly-Jacques Chirac exhibition “Kanak Notebooks, A Voyage through the Inventory of Roger Boulay” through May 16. The museum continues the exploration of New Caledonia’s culture that began with its “Kanak, Art is Speaking” show from October 2013 to January 2014. Mr. Boulay is pursuing his life’s work and is now exploring private collections.