Juan Gris & Léonce Rosenberg: a Painter and his Dealer in Wartime

In this still life from the middle of the First World War, we can see the new directions taken by the Cubist artist. His dealer and close friend Léonce Rosenberg, to whom it belonged, played a fundamental role in his work. 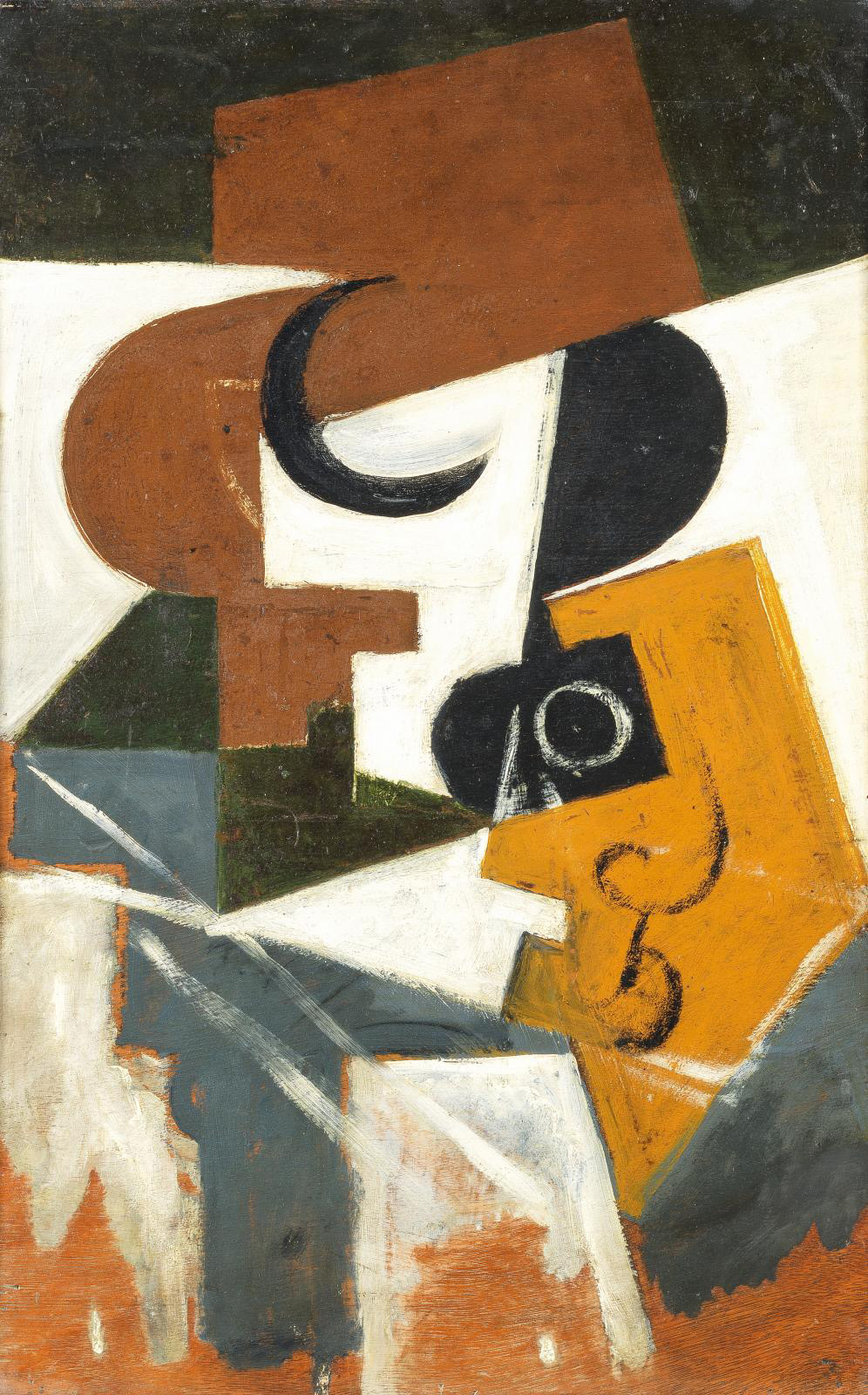 In 1916, the Great War was only halfway through, and became bogged down in the mud of the trenches, just like the morale of the French people. Juan Gris (1887-1927), the youngest of the Cubists, avoided the Front as a foreigner, but his daily life was a mixture of fear and anxiety: fear for mobilized Cubist comrades like Braque and Léger, and anxiety at seeing no end to the conflict. In this period, so dark for humanity but so bright for the ongoing artistic revolution, the artist from Madrid had few friends to lean on. The most stimulating was certainly Léonce Rosenberg, the owner of this Compotier et verre painting until the posthumous sale of the work in 1953. When the great German-born art historian and dealer Daniel-Henry Kahnweiler (1884-1979) was forced into exile, Rosenberg became the Spanish painter's dealer and protector in 1916. Until 1921, when he returned to Kahnweiler, Gris produced no fewer than 170 paintings and some 30 large drawings for Rosenberg. The son of an art dealer, and himself a dealer medieval and Renaissance works, who began collecting Cubist art in 1906, the latter decided, before leaving for the Front, and on the advice of Picasso and Gris, to "become the adoptive father of abandoned Cubism and its publisher after the war." He paid for his acquisitions each time he went on leave and maintained a regular correspondence with the artist. These 120-odd letters were discovered less than thirty years ago and published for the first time in 1996 by Christian Derouet, a curator at the Centre Pompidou in Paris. They shed light on the painter's state of mind and progress in 1916. Although shy, he expressed himself to Rosenberg with great clarity. A letter of June 11 speaks of a changeover to painting on panel, a medium used in this still life: "It makes painting better, and it is cheaper and more solid than canvas." These writings, the only record of the artist's thinking to have survived from this period, illustrate the painter's affection for his dealer, as witness a note dated July 31: "Your letters always bring me great pleasure because of the energy and courage they give me. They do me a lot of good, because apart from my work I am feeling very down." Inspired by his friend, Gris developed a more deliberately structured Cubism with fewer details, which by late 1916 had abandoned all extraneous points of view to focus on the very essence of objects. So here, the fruit bowl and glass are no longer objects, but a simple play on forms.