The temptation was too strong to resist: what do you when you have around 60 pieces by Jean Royère (1902-1981), including some major ones? Hold an exhibition, of course. 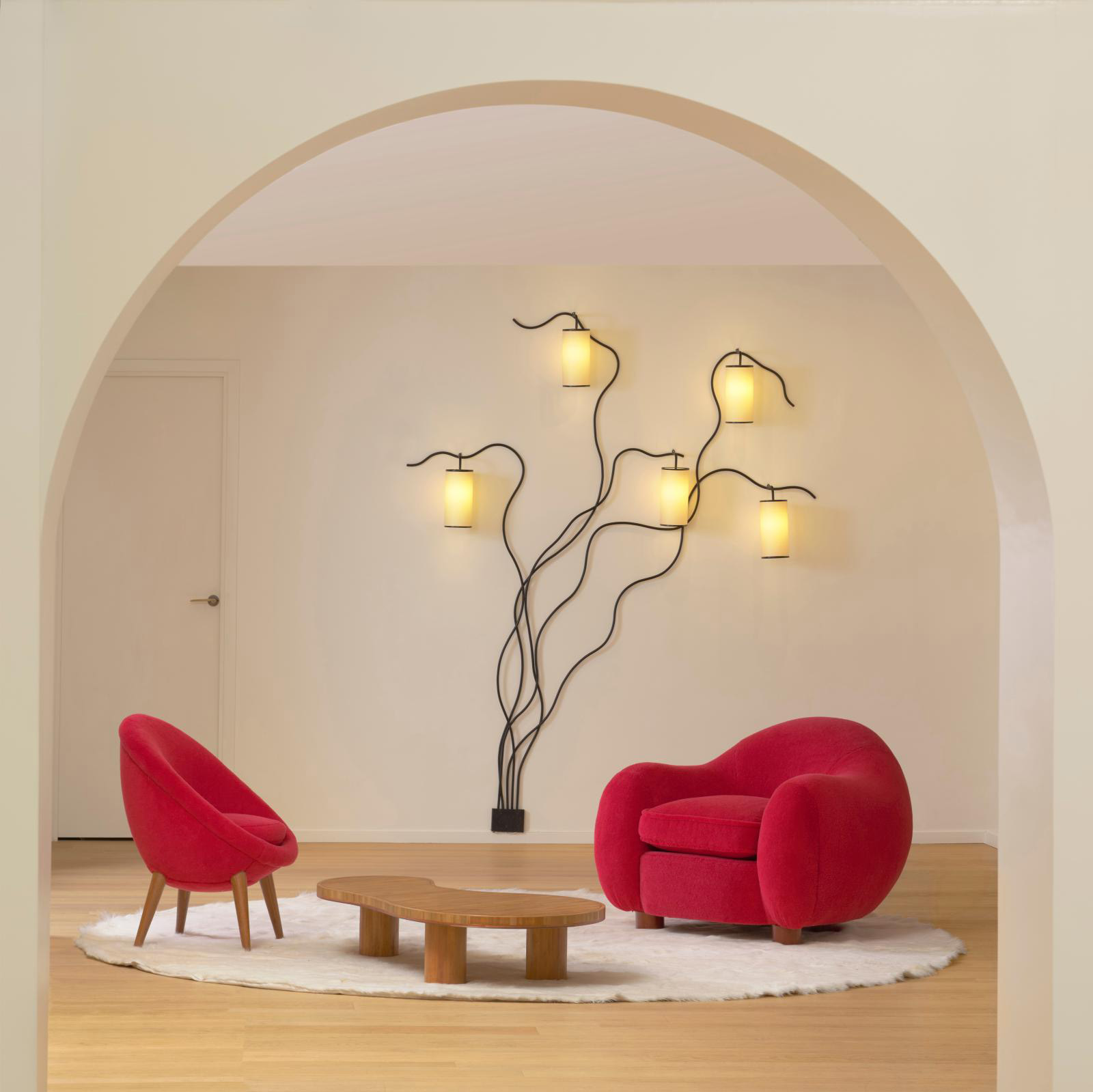 But Jacques Lacoste did not settle for just lining up a few bestsellers. He has gone beyond the Ours Polaire (Polar Bear) armchairs and Liane (Creeper) wall lamps, offering a much broader view tracing the development of Royère’s work from his beginnings in the 1930s to his retirement in 1972. Line, form and color were less prominent when the young designer was still under Ruhlmann’s rigorous influence. Examples include two pairs of small, streamlined, low-slung armchairs that still bear the mark of Pierre Gouffé, his usual manufacturer in Faubourg Saint-Antoine. Gouffé pushed him to participate in the 1934 Salon des Artistes Décorateurs and Salon d’Automne. Many more exhibitions followed, gradually allowing him to develop his style until it came into full bloom at the 1939 Salon des Artistes Décorateurs, says the expert, Lacoste. As Royère set up outposts in Cairo, Beirut, Lima and São Paulo, foreign figures from King Farouk of Egypt to the Shah of Iran sought out his unique, whimsical, undulating pieces full of color and motifs. Fortunately, carefully preserved archives have recorded his outstanding career, a wealthy clientele that, over time, ranged from aristocrats to professionals, and commissions from patrons like the Institut de Recherche de la Sidérurgie, documented in the show. The gallery often acquired these pieces from their original owners. This is also where Lacoste's work on Royère takes on its full meaning.