Jean-François Dubos: The Man Who Gave Paris Photo a Chance

Over the decades, the former president of the French media group Vivendi has assembled a miscellaneous collection dominated by photography. President of the Maison Européenne de la Photographie (MEP) in Paris since December 2017, Jean-François Dubos is also a patron. 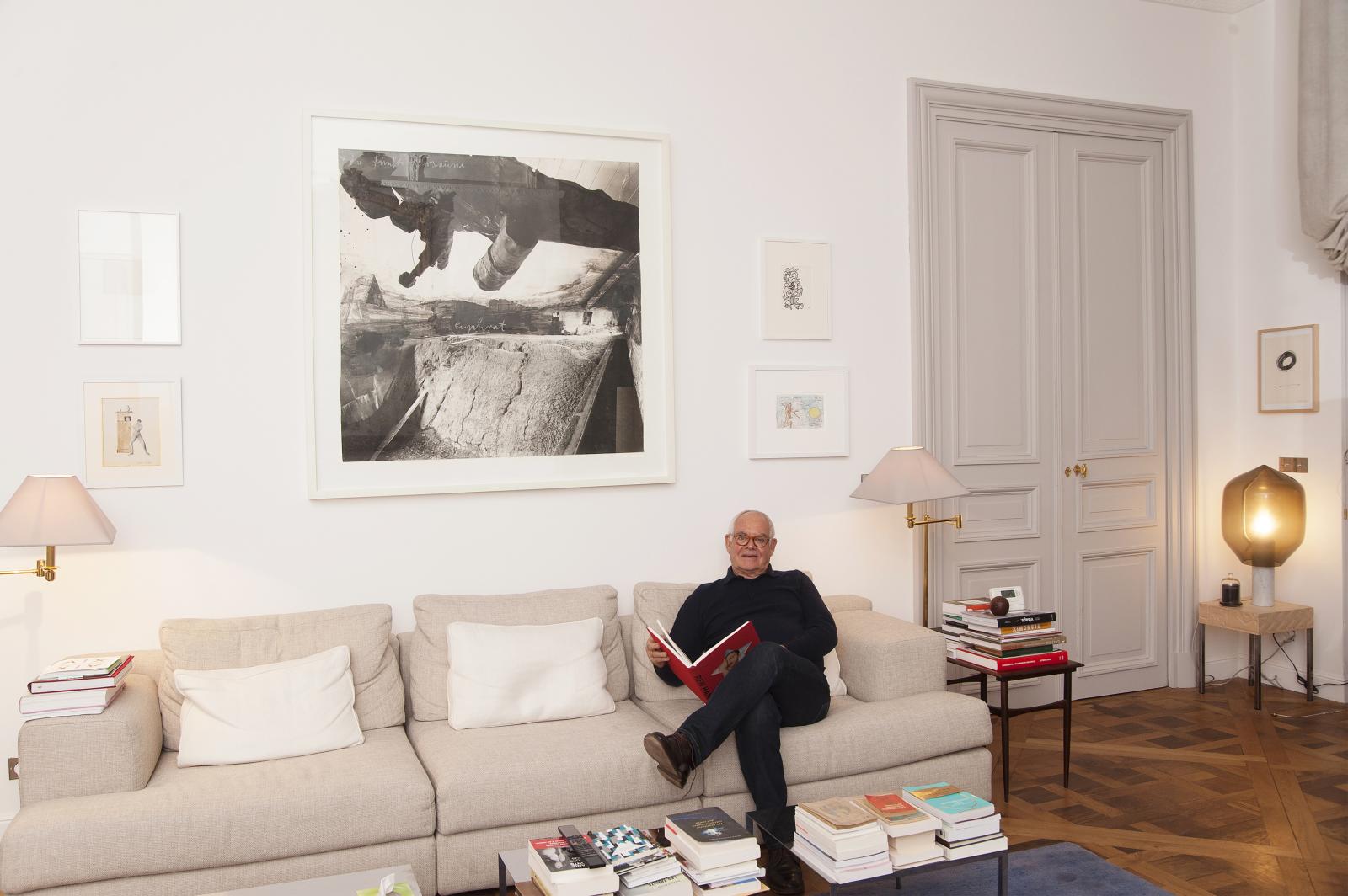 What type of collector are you?
Collecting involves desire and wonderful encounters… That's a rather egotistical approach. What I can say is that I need to see and live with the works I own. It's very frustrating to have 150 photos stored away in a cupboard. I buy on sight above all, which probably explains why my collection is so eclectic. It contains drawings, lithographs, sculptures and paintings as well as photographs, though they make up the bulk. Nor is there any theme: it probably conveys a range of emotions at a given moment. Undeniably, there's a large dose of compulsion involved: if I don't buy on the spur of the moment, the desire passes. I remember buying a Gérard Garouste at the Durand-Dessert gallery on a whim… That was a financial risk for me at the time.

When did you make your first buys?
I was a student, and it was various lithographs by Bram van Velde and Leonor Fini. After that I turned to paintings, and decided to focus on works with a certain value. That limited my scope of action, of course, because for a long time, buying works of art meant making sacrifices. I think particularly of a Simon Hantaï, which I paid in several instalments in the 1990s, thanks to the kindness and friendship of Mr Fournier, a well-known gallery owner, who is now dead.

Which are the most expensive pieces in your collection?
Three years ago, I had huge pleasure in buying a montage by Anselm Kiefer, a mix of photography and drawing, at Yvon Lambert. I was immediately struck by its power. My wife and I couldn't resist a tree by Rodney Graham – we just fell in love with the photo, which we bought for $15,000. It's worth a lot more now. Some works are priceless, because you don't find them anymore. I have a Baselitz, and some African and Chinese objects that are worth quite a bit (...) I'm really not looking to build up an inheritance, and I don't speculate. I've never sold any works, apart from a Vasarely. I have some “little things” I bought at auction for €3,000 or €4,000: drawings by Zadkine, Roberto Matta, Henry Moore and even some photos that aren't worth anything – like an image in a newspaper report that I spotted in a magazine; I bought a copy of it from the AFP. I buy regularly, and I give a lot away as presents – to my children, to encourage their desire to collect, and to friends. I make donations to the Maison Européenne de la Photographie as well (such as a large David Goldblatt I saw at the Henri Cartier-Bresson Foundation exhibition, which I bought then), and also via the Friends of the MEP and other associations, because I'm also very interested in music, in young ensembles, composers and so on.

"Generally speaking, I buy a lot at auction because you can pick up some gems at very reasonable prices."

How did you come to collect photography, which has only recently been recognised as an art?
It came into my life quite by chance, in the mid-1990s. While I was working as the General Secretary of the Compagnie Générale des Eaux, I found myself at the head of the Carrousel du Louvre. Between fashion shows and various other events, we began to host exhibitions for Paris Match, which was run at the time by Roger Thérond, a great photography lover and collector. That inspired me to take it further. At that period I got to know Jean-Luc Monterosso [founder of the MEP – Ed.], who came to talk to me about an exhibition of Bettina Reims, which he was a bit worried about. After that came Rik Gadella and Hugues de Saint Simon – the former is now director of an ecology foundation in Laos, the latter the general secretary of the Philharmonie. Then the creators of the Paris Photo fair came to talk to me about a certain project, and we know what a success that has been! They had a brilliant idea, but no money. I decided to risk taking them on, and to try out the concept for three years. And it worked, mainly thanks to the presence of several American galleries I convinced to participate.

Is that when you bought your first photo?
Yes, it was in the 1990s, when Jean-Marie Messier took over running the Compagnie Générale des Eaux, which later became Vivendi. He commissioned the architect Jean-Michel Wilmotte to redesign the Head Office and we decided to decorate the offices with photos. The first was a diptych by James Welling showing the dome of Grand Central Station in New York. I then met Philip Nelson, a marvellous gallery owner who introduced me to the great private collections of American institutions and major companies.

How have your tastes developed?
I have acquired pieces by Stephen Shore, the Bechers, Robert Mapplethorpe, Thomas Struth, Nan Goldin, Araki, and also Henri Cartier-Bresson and Riboud. Generally speaking, I buy a lot at auction because you can pick up some gems at very reasonable prices. I collected French humanist photography for a long time. I was helped in this by Christian Caujolle, founder of the Vu agency and gallery, and by the Paris gallery owner Baudoin Lebon. And that was when I got to know the successor of François Hébel, the brilliant organiser of the Rencontres d'Arles, which we helped a great deal, together with SFR.

How do you see the future of your collection?
In the end, I plan to donate it to the Maison Européenne de la Photographie, but as it's really an emotional heritage, it's possible that the institution won't be interested in all the works. I'll also give pieces to friends, I'm sure. Basically, my collection reflects my living environment.

Simon Baker: From the Tate to the MEP