Disrupted by the lockdowns, the exhibition "Le corps et l'âme" ("Body and Soul") at the Louvre, which will travel later to Milan, could be an opportunity to revive an interest in 15th and 16th-century Italian sculpture in French collections. 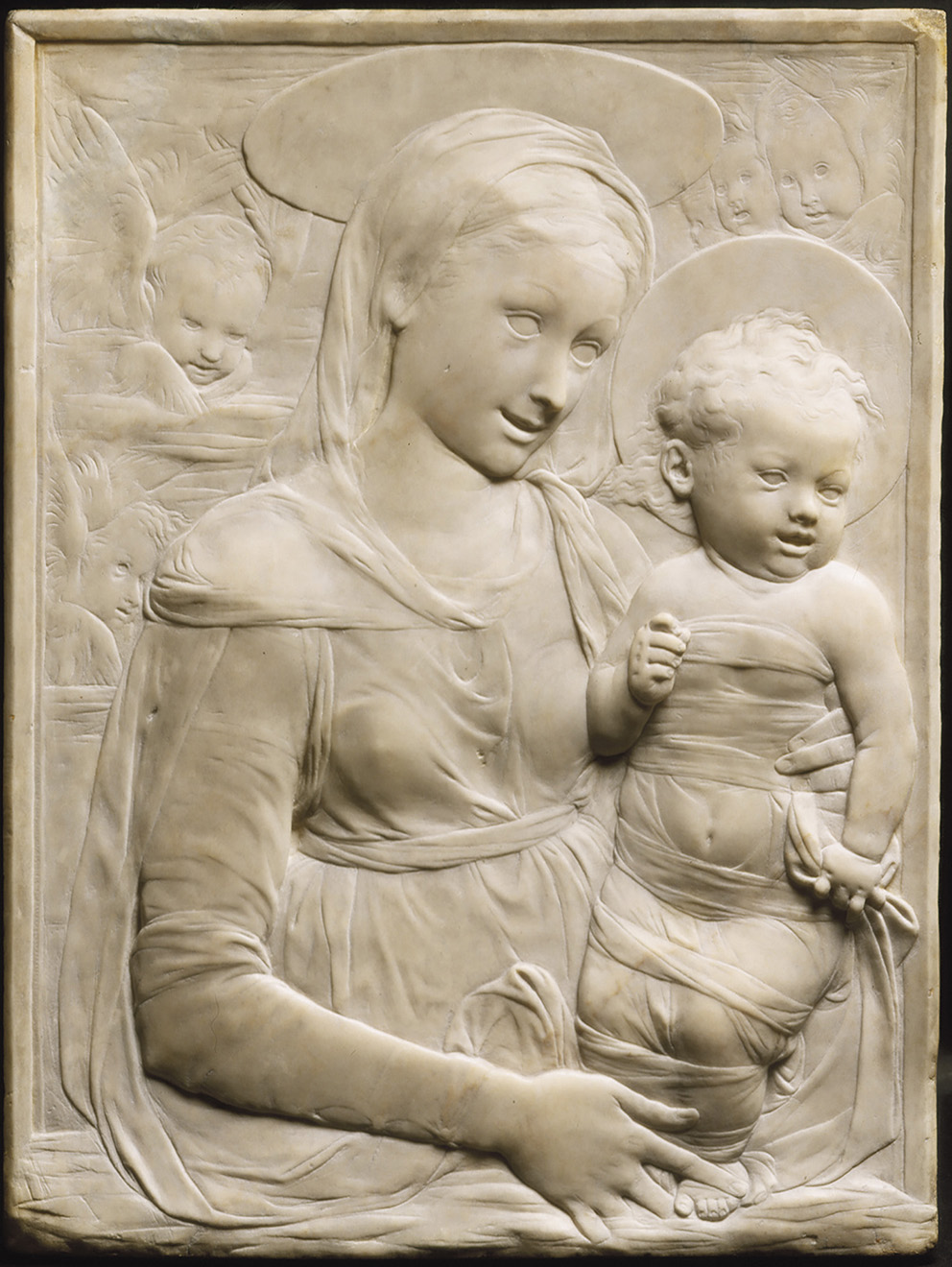 The exhibition "Body and Soul. From Donatello to Michelangelo. Italian Sculptures of the Renaissance", staged by the Louvre and the Castello Sforzesco Museum in Milan, is a chance to focus on a singular phenomenon. For France was home to many lovers of Italian medieval and Renaissance art, whose collections were mainly sold in the Parisian art market in the 19th and 20th centuries, without museums paying much attention for years. Art lovers became familiar with these works and long-neglected techniques like glazed terracotta thanks to talented dealers like Joseph-Henri Delange and Charles-Armand Signol (both based on Quai Voltaire), and spectacular events like the sale of the collection of Frédéric Spitzer (1815-1890). This lasted two months in his mansion on Rue de Villejust in 1893, and ended with the 1929 sales at the Anderson Galleries in New York.

Some of the most outstanding and original collections in this field were assembled in France. Famous names include the Musée de Cluny's founder, Alexandre Du Sommerard, and his son Edmond, who was its first curator; Jean-Baptiste and Louis Carrand from Lyon, whose pieces are now in the Museo Nazionale del Bargello in Florence; Horace His de La Salle, painter Louis-Charles Timbal, Baron Jean-Charles Davillier, diplomat Alexander Petrovich Basilewsky (whose entire collection was bought by Tsar Alexander III in 1884 for the Hermitage); Eugène Piot and Émile Gavet. At the turn of the century, there were also Nélie Jacquemart, the Marquise Arconati-Visconti, Edmond Foulc and Gustave Dreyfus.

Collectors had far more advanced tastes than French curators. It is true that the Musée de Cluny and the acquisition of the Campana collection already enabled certain masterpieces to be viewed. But at the Louvre, it took until the arrival of Henry Barbet de Jouy and dynamic Louis Courajod to see the introduction of an ambitious acquisition policy and the appearance of major donations, like Eugène Piot's in 1890. (This once contained one of the highlights of the exhibition, Francesco di Giorgio Martini's polychrome and giltwood Saint Christopher of 1488-1490). However, this did not stop magnificent pieces from leaving for other climes. For instance, in 1930, Joseph Duveen bought most of the sculptures in the Gustave Dreyfus collection, themselves once part of the Timbal collection. They were all purchased by Samuel H. Kress in 1944 and given to the National Gallery of Art in Washington thirteen years later. Covid-related problems prevented the Louvre from receiving one of the marvels of these Parisian collections now in Washington: The Entombment (c. 1516-1520) by Andrea Briosco, aka Riccio. Before joining the Dreyfus collection, this black patinated bronze relief, intended for the altar of the sacristy of the Church of Santa Eufemia in Verona, had been bought by Louis-Charles Timbal in 1865 at the post-mortem sale of Vicomte Isidore-Hippolyte de Janzé. The exhibition curators had planned to reconstitute the altar alongside two other reliefs by the Paduan artist, The Resurrection of Christ and The Descent into Limbo, which had entered the Louvre with Godefroy Brauer's donation in 1922.

However, a magnificent marble relief by Agostino di Duccio, Saint Bridget of Sweden Receiving the Rule of Her Order (1459), illustrates the departure of other fundamental pieces from this heritage. It belonged to Lyon collector Édouard Aynard. When it was sold after his death to the Georges Petit gallery in December 1913, the work was bought by the Canessa Gallery in New York, which sold it to the Metropolitan the following year. Similarly, the core of the Philadelphia Museum of Art's collections of medieval and Renaissance decorative art and sculpture consists of works acquired in 1930 by Edmond Foulc—a generous donor to the Musée des Beaux-Arts in Nîmes. One work is an outstanding masterpiece of the Quattrocento: a marble relief by Desiderio da Settignano of the Virgin and Child, known as the Foulc Madonna (c. 1455-1460).

An Index of Italian Sculpture?
Unfortunately, apart from a few who loved small bronzes, the vast majority of French collectors neglected Italian Renaissance sculpture in the 20th century, and the situation has changed little today, even though a number of exceptional objects still come up for sale at auction or with antique dealers. With luck, the Louvre exhibition will resuscitate an interest in this aspect of art history among the French, who are keen lovers of Tuscany and Venice.

For several years now, a Medieval and Renaissance Sculpture Network attached to the Musées de France, led by Sophie Jugie, Pierre-Yves Le Pogam, Vincent Rousseau and Sylvie Michalak from the Louvre's sculpture department, has been regularly bringing together specialists in the field—curators and academics alike. We can only hope that it will promote, in conjunction with the INHA (National Institute for Art History), a survey like the latter's on an index of German sculptures (the first entries should go online this year) and an index of Italian paintings in French public collections, which includes those in churches and official buildings open to the public.

In fact, many of these sculptures are on general view, but are often little considered. For example, who looks closely at the wooden Christ on the Cross, with its original perizonium (a type of loincloth), overlooking the faithful at the transept crossing of the Church of Saint-Germain-des-Prés? This Florentine crucifix from the late 15th or early 16th century is the work of an anonymous master active shortly after Verrocchio. Only Margrit Lisner in her seminal 1970 monograph and Lorenzo Lorenzi in a 1996 article in Paragone mention it briefly, with black-and-white photos and no reference to its provenance. Similarly, Andrea della Robbia's superb glazed terracotta medallion of the Emperor Trajan of c.1490 was only recently identified in the upper loggia of the Château de Ferrières-en-Brie, during an INHA seminar on the Rothschild collections in French public institutions. And many other discoveries are just waiting to be made.

Philippe Sénéchal is a Professor of Modern Art History at the University of Picardie Jules Verne.

A World Record for Pompon