At the Fondation Vincent van Gogh Arles, the American artist Laura Owens has created an immersive environment that showcases seven works by Vincent van Gogh made at the end of his life in and around Arles. 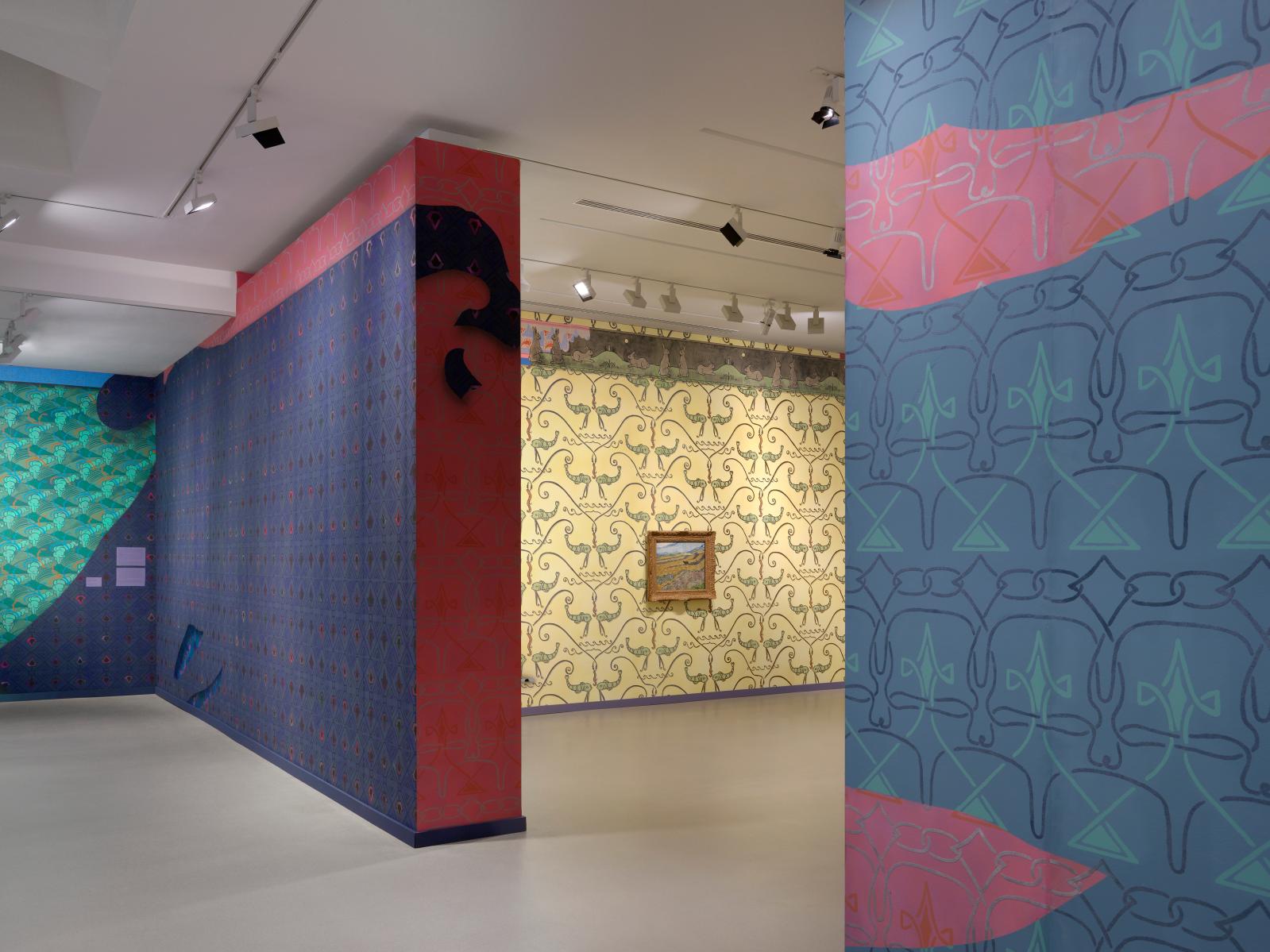 “Laura Owens & Vincent van Gogh” is simultaneously sparse and visually overwhelming. The exhibition occupies a dozen rooms on two floors, yet it features only seven paintings by van Gogh, on loan from collections and museums around the world, and only a handful of painterly works by Owens. The relatively small selection of objects is offset by a riot of color and textures that is Owens’ design for the galleries. She positions van Gogh’s late paintings, one or two per gallery, against the background of densely patterned wallpapers. Blurring the boundary between painting, installation, and interior design, Owens’s wallpapers are produced through a combination of various techniques, including screenprinting, felt flocking, woodblock printing, airbrushing, and hand painting. The motifs, a mix of organic designs (plants, shells, animals) and geometric Art Nouveau elements, are inspired by the work of Edwardian-era designer Winifred How. Largely forgotten by history, How’s figure stands in stark contrast to van Gogh, who achieved a mythic status after his death. Owens’ decision to bring their work together results in a visually compelling juxtaposition, yet it also poses questions about gender in art historical canon, as well as the role of institutions in creating and perpetuating the myth of the artistic genius.

Owens conducted extensive research into the provenance of each of van Gogh’s paintings in the exhibition. Her findings are outlined in wall texts, but they also informed a series of artist’s books, produced by Owens during her stay in Arles in 2020 during the Covid-19 pandemic. Inspired by van Gogh’s individual paintings and his letters to friends and family, the books are intricately crafted sculptural objects that oscillate between fact and fiction. Like the rest of the exhibition, they seduce the visitor and draw them in and into the pleasures and hurts of van Gogh’s art.