Howard Greenberg: From Archive to History

With the passing decades, the New York gallery owner has established himself as a major 20th-century photography specialist, representing key names like Walker Evans and Henri Cartier-Bresson. We look back at a remarkable career. 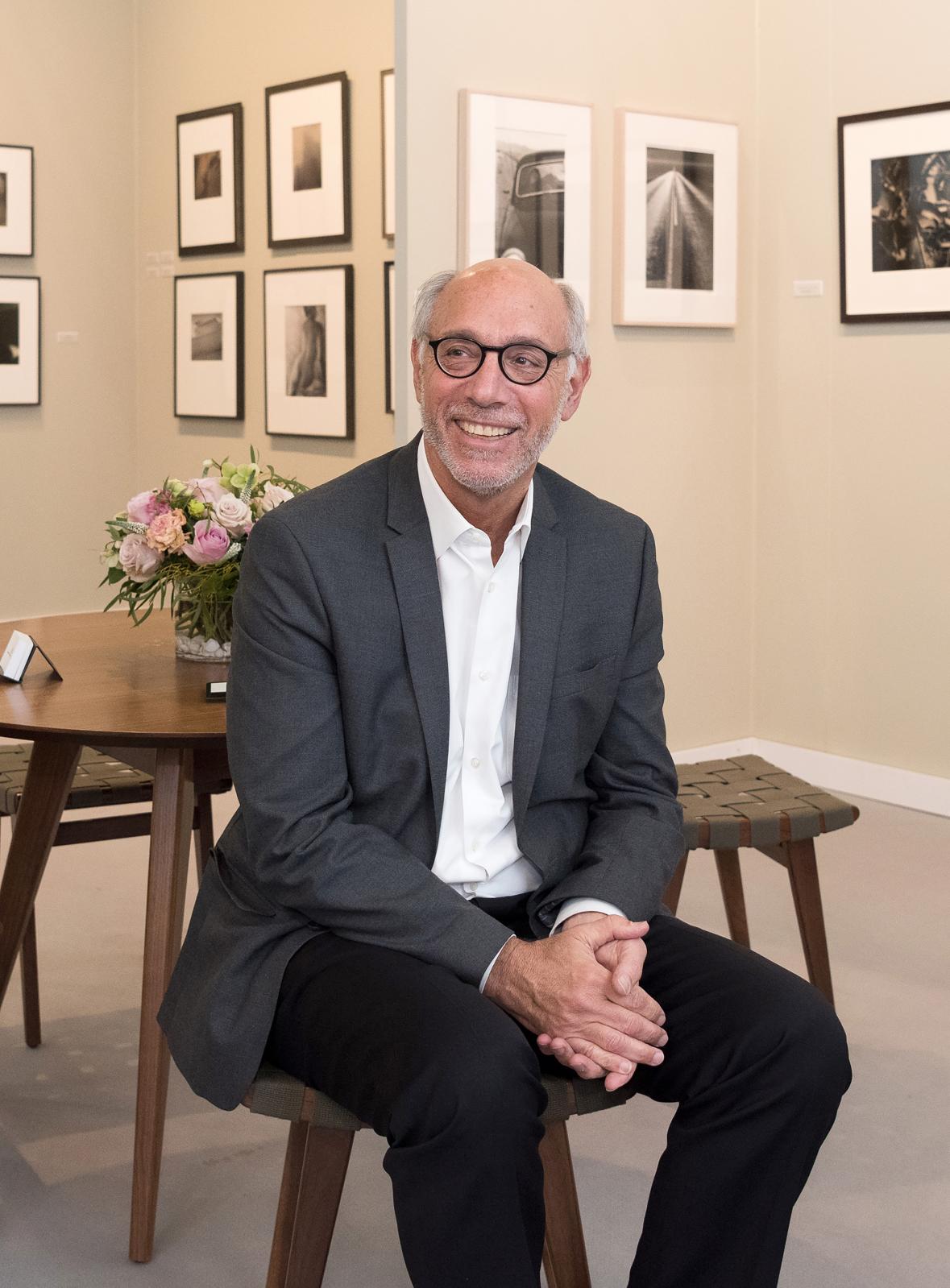 What is your earliest memory to do with photography?
When I was a child, I remember my father holding his camera as he filmed the family. Later, when I was a student, my girlfriend and a childhood friend got me interested in photography. Another memory comes to mind: in 1970, when I was in Europe, I had a bad car accident, and while I was convalescing, when I was back at home in Brooklyn, one of my mother's friends was going to visit Japan and asked if she could get me anything, so I said "a Pentax camera". Two years later, I gave up my psychology studies and became a full-time photographer.

Was your experience useful to you as a gallery owner?
Oh yes, certainly, because I learned to look at the world and people in a different way. In addition, all my darkroom work (I loved that) gave me the skills I needed to recognise a good print. It was an incomparable experience. And when I moved to Woodstock in 1972 and began to work for the local newspaper, the fact that I was a photographer enabled me to meet the town's artistic community and become part of the scene.

In 1977, you founded the Centre for Photography at Woodstock. How did painters and musicians see photography then?
Most of them knew nothing about it and didn't consider it an art. That's what decided me to start up the Centre: I wanted to show them they were wrong by creating an exhibition space attached to a school. This not-for-profit organisation still exists. At the same time, I had to earn a living, and so I began going to local auctions and flea markets to look out old photographs, which were very affordable at the time.

Did the photography market exist?
It was in its infancy. Photo galleries and auctions were few and far between. Most importantly, there wasn't the Internet, and people didn't know the value of what they possessed. I realised that I could buy a lot of things I could then sell on: daguerreotype cameras, stereoscopic views, 19th-century albums – and key names in 20th century photography, too, as Woodstock has always been a town of artists. I made some amazing finds…

What basic differences do you see between now and the Seventies and Eighties?
The milieu was very small, then: I knew everybody, particularly the photographers I mixed with personally, and I was in the know about everything going on. Today there are so many photographers, galleries, books, exhibitions and events that it's impossible to keep up with everything. Photography is everywhere, all over the world, and it's now used by every type of artist.

In 1981, you opened your fist gallery in Woodstock: the aptly named Photofind. How did you get in touch with all these photographers you (re)discovered?
I can't say I really sought them out. I was above all curious and dead keen to learn. There were so many photographers whose work had never been recognised – I'm thinking about the ones who worked for the press in the Fifties and Sixties. A few had a moment of glory, but then they were forgotten. And most of them were concentrated in New York, Woodstock's neighbouring city. Everything followed on naturally: people began to contact me and that's how I made a name. I became friends with Imogen Cunningham and the top dealer, Harry Lunn… It all came together very quickly.

In 1986, did leaving Woodstock to open a gallery in New York seems the obvious move?
When the Getty Museum began to buy photographs, that was a decisive sign and turning point, because for the first time big money was being invested in this area. Everyone was now aware that it was a valuable medium. It was time to set up in New York. I had a chance to take on part of Lawrence Miller's gallery for $900 a month. Five years later, I moved to a bigger place, and in 2003, I left Soho for Midtown.

How did you get to know Saul Leiter, whom you brought back into the limelight in 1993?
Saul Leiter first had a glittering career in fashion, in the late 1950s; then everyone forgot about him, and he began to paint. But all the while, he went on taking pictures. He was rediscovered by Jane Livingston, the curator of the famous exhibition "The New York School: Photographs, 1936-1963". She was the one who encouraged me to meet him. At that point, I didn't know he had produced any colour photos. Two years later, he came to the gallery with a little box containing the pictures that have since became famous.

Your personal collection has appeared in several exhibitions. How did that come about?
When Sam Stourdzé took over as director of the Musée de l’Élysée in Lausanne, we had a discussion about what he planned to do. He told me he was very keen to exhibit private collections. And that's when I mentioned I had one myself… He was flabbergasted, because we'd known each other for over ten years, but he had no idea. He suggested I present it. The show was then staged in other venues in Europe, including the Henri Cartier-Bresson Foundation in Paris. It changed a lot of things, because that's how the directors of the Boston Museum of Fine Arts became interested, and finally bought it last autumn.

Was it important not to break it up?
Yes, I really wanted that not to happen, even though I could have made more money by taking it to auction or selling individual prints in my gallery. They aren't major pieces, but there are a lot of them, including many prints you won't find at auction any more. I'm really happy the collection's in a city close to New York. That means I can see it more often, and that's particularly handy right now, because we are preparing an exhibition and a book for next September. While these initial projects will only feature about 150 prints, another book containing all the pictures in the collection should be published in three years' time.

Meanwhile, the exhibition at the Campredon art centre in L’Isle-sur-la-Sorgue features a very small part of the gallery's archives, which contain over 30,000 works. How was this devised?
I had known the curator, Anne Morin, for many years. She came regularly to the gallery. One day she suggested creating an exhibition based on the idea of archives, and was keen to dip into the boxes that make up the gallery's backstage, in a way. She was completely free to choose what she wanted. In the end, it's like an overview of my entire career, because it brings together some of the photographers I have been representing for many years.

1972
Becomes an independent photojournalist.
1977
Founds the Centre for Photography at Woodstock, a not-for-profit gallery and educational organisation.
1981
Opens the Photofind Gallery in Woodstock, then in New York in 1986.
1991
Photofind becomes the Howard Greenberg Gallery.
2003
The gallery moves from Soho to the Fuller Building.
Worth seeing
"From Archive to History. Howard Greenberg Gallery",
Campredon Centre d’Art, L’Isle-sur-la-Sorgue.
Until 16 June 2019.
www.campredoncentredart.com