Hieron and Lycurgus: from Faiyum to the Louvre

A virile atmosphere reigned in Nancy, where two mythological figures painted in the 2nd century rubbed shoulders with a shirt worn by another god, this time of the stadium: Pele. 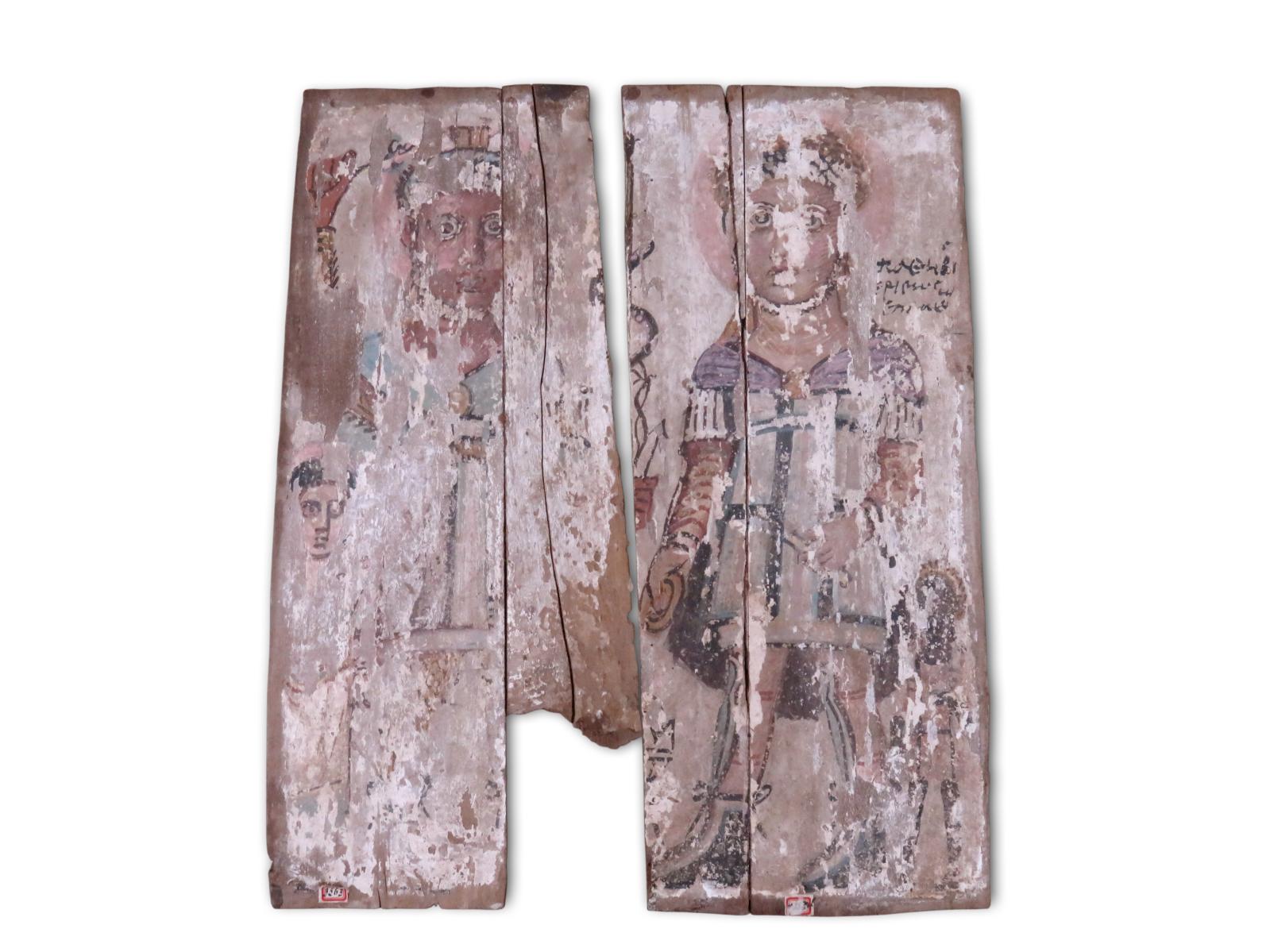 The former adorned a venerable icon, painted in Egypt during the Roman occupation by the well-known school of Fayium, an oasis lying about a hundred kilometres south-west of Cairo. Portraiture was an art that developed there considerably during the first four centuries AD. The artefact here depicts two military deities, Hieron and Lycurgus. The stuccoed polychrome panel (38 x 31.5 cm) was designed for votive purposes, and is far rarer than the famous portraits of the region – so it was no surprise that the Louvre pre-empted it for €73,680. Edson Arantes do Nascimento, better known as Pele, also had worshippers in the room, where one of his shirts inspired a battle all the way up to €30,700. The football star (born in 1940) wore this garment sporting the number 10 for a World Cup match in June 1970. The shirt in his national colours carries a dedication on the front. It belonged to Roger Mâchin, a former international football referee.