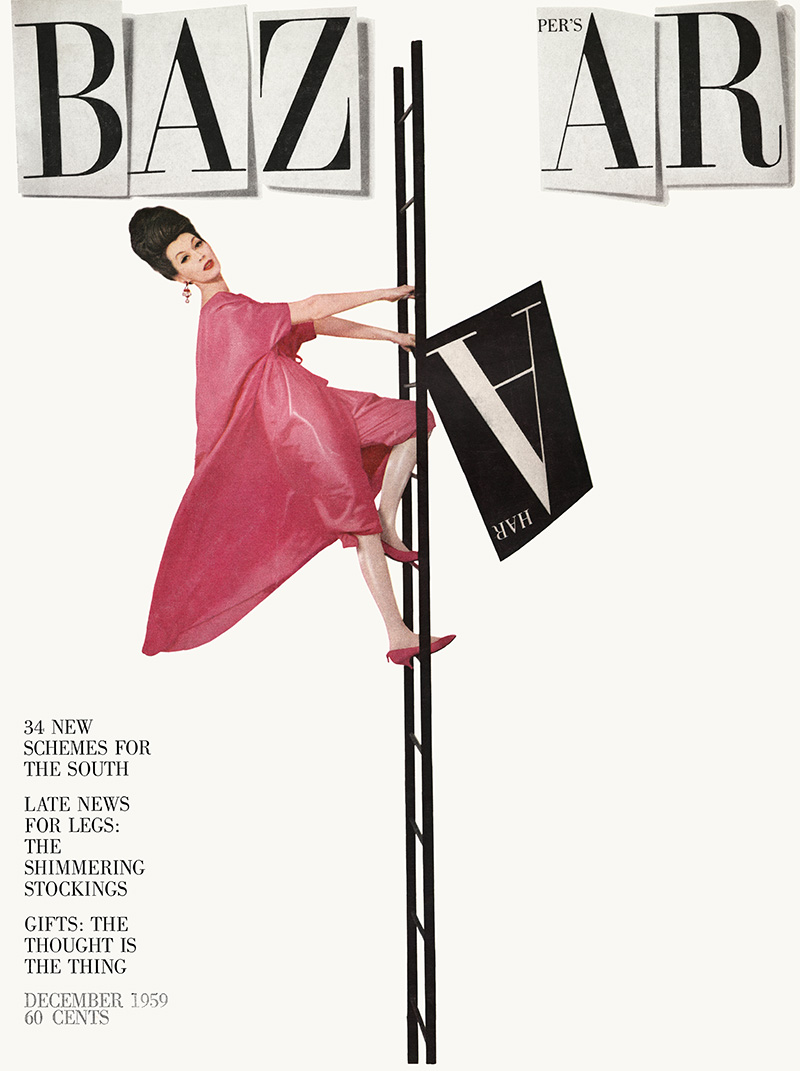 In 1867, Harper's Bazaar made its appearance in the US. This extremely early date is somewhat astonishing, as is the personality of its founder, Mary Louise Booth. This feminist before her time wanted to provide women with a magazine keeping them up to date with fashion, society, literature and the arts. A highly successful gambit, as we can see in the showcases of the Paris exhibition, where dresses by leading couturiers rub shoulders with their enlarged publications, alongside illustrations by Dalí and Cocteau and texts by Colette and Simone de Beauvoir. We see the names of the French designers adored by American women avid for the sophisticated modernity of Jeanne Lanvin, Chanel, Elsa Schiaparelli and Madeleine Vionnet. To stage them, the Harper's creatives – particularly the flamboyant trio of Carmel Snow, Diana Vreeland and Alexey Brodovitc – called on trailblazing photographers. Richard Avedon gave speaking expression to Christian Dior's revolutionary "New Look" (a concept named after Snow's reaction in 1947). Meanwhile, the futuristic and psychedelic Sixties were embodied by the lens of Japanese photographer Hiro, who explored the codes of pop art and op art. Then later, supermodels Linda, Naomi and Amber, captured in black and white in the streets of New York by Peter Lindbergh, became the symbols of the 1990s.