From arguing for women to be included in life drawing sessions at art school, to drawing the Ballet Russes and sketching the defendants at the Nuremberg Trials, Laura Knight painted outside the lines of her time. 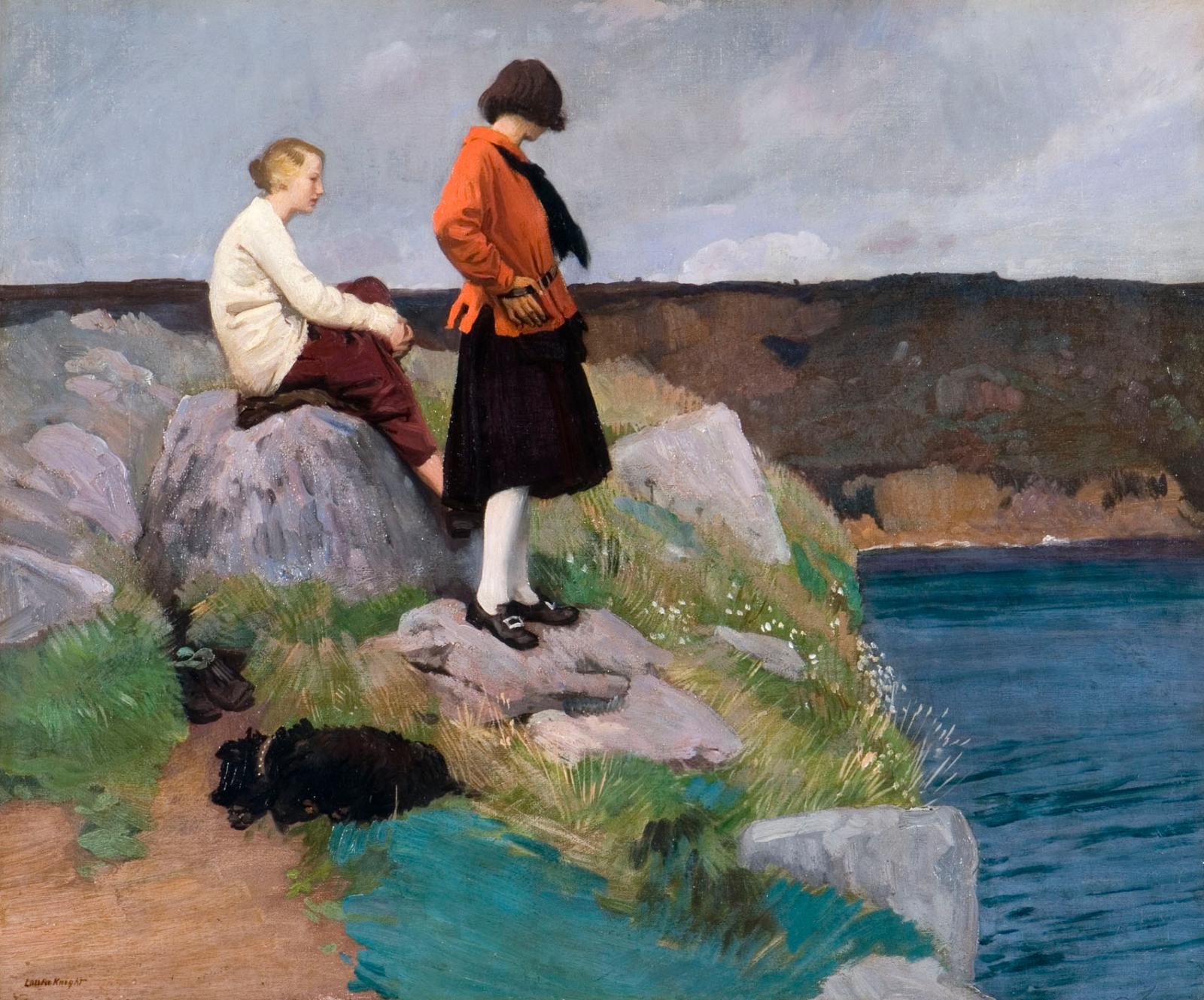 In the National Portrait Gallery, London, there is a rather modern self-portrait by Dame Laura Knight (1877-1970). She stands with her back turned to the viewer, with a nude female model to her right. Self Portrait aka Self and Nude (1913) is filled with bright colors and clear lines that seem far ahead of her time. Knight was one of the most celebrated British artists and declared a “national treasure” by the middle of the 20th century.

Early Life in Nottingham
Laura Knight née Johnson had a modest upbringing in the Midlands. Her parents separated when she was young, and she moved with her mother’s family to Nottingham, where her uncle ran a lace-manufacturing business. Showing early artistic promise, she was encouraged by her mother, Charlotte, to pursue a career as an artist. When the family business fell on hard times in 1890, Laura was sent to the Nottingham School of Art, where she could study for free.

At the school women were not allowed to draw from life, and could only study from plaster casts of drapes, heads and faces, much to Laura’s distress. She met her husband to be, Harold Knight, the star student at the time; she set up her easel behind his, and copied his technique meticulously. The school later decided that women and men should be educated in different classrooms. Laura received less instruction and was criticized for drawing too much like a man; she described being asked, “Why don’t you develop your feminine side? You must draw from your wrist, not your shoulder.”

Cornwall and Her Development as an Artist
In 1907, Harold and Laura moved to Cornwall, seeking warmer light than the darkness of Staithes, North Yorkshire, and joined the Newlyn artist colony. Laura spent time sketching at the seaside and creating large-scale paintings of these beach scenes. She refined her painting style in Cornwall, moving from a more intangible Impressionism to a clearer and crisper grasp of line and color.

When Harold was commissioned to paint Dr. Baer, an American surgeon at Johns Hopkins Hospital in Baltimore, in 1926, she was introduced to the beginning of the civil rights movement. She created a delicate pastel and watercolor portrait of Dr. Baer’s African American assistant, Pearl Johnson, and oil on canvas of a young child, Juanita, at the time. These have been described as some of her most sensitive portraits; this interest and compassion for lives that were different from hers continued in her paintings of the English gypsy community in the 1930s. She spent time getting to know her sitters and she documented intimate scenes of the Romani community at Ascot, most notably in The Watercan (1951).

The Theater
Knight adored the theater and formed strong relationships with performers. This connection was not only one of spectator and subject, she compared their greasepaint makeup to her oil painting, as encapsulated so well in the title of her first autobiography, Oil Paint and Grease Paint (1936). Knight captured intimate portraits of women performers at their mirrors, as well as of clowns, trapeze artists and animals. She was even given permission by Diaghilev to draw the dancers of the Ballet Russes backstage in London in 1919-20, and invited into their dressing rooms, where everything was “glorious to paint”.

War Artist
Laura was a pioneering war artist in both World Wars, she was approached in 1939 by the War Artists’ Advisory Committee to design recruitment posters for the Women’s Land Army. Most compelling is her painting, The Nuremberg Trial (1946), when she successfully petitioned the Committee to send her to Nuremberg as a ‘War Correspondent’. Creating charcoal sketches from the American press box, directly overlooking the dock, she captured the detailed appearances of the Nazi defendants. These drawings were transformed into an extremely powerful painting: each insidious character identifiable in the benches, some listening to the trial through their headphones. Above their heads the landscape of the destruction of World War Two sets a tumultuous scene.

In her lifetime, Knight received great acclaim, she was the first female artist to be made Dame Commander of the British Empire in 1929 and the first woman elected as a Royal Academician in 1936. Her oeuvre reached far and wide from sensitive and intimate portraits of performers, marginalized peoples and scenes of the war, to commercial advertising. Campaigning for better pay for her commissions, she was instrumental in gaining recognition and respect for women in the arts.

Dame Laura Knight was a vivacious character who took life by the reins at every opportunity, which is reflected both in her intimate paintings, capturing the minutiae of the everyday in the widest spectrum of society, and her own vibrant biography. Moving far beyond any expectations and restrictions imposed upon her, she is rightfully regarded as one of the greatest British painters of her time.