As the Pompidou Centre hosts a Georg Baselitz retrospective until March 7, the nearby Galerie Putman offers a more intimate glimpse of his work. 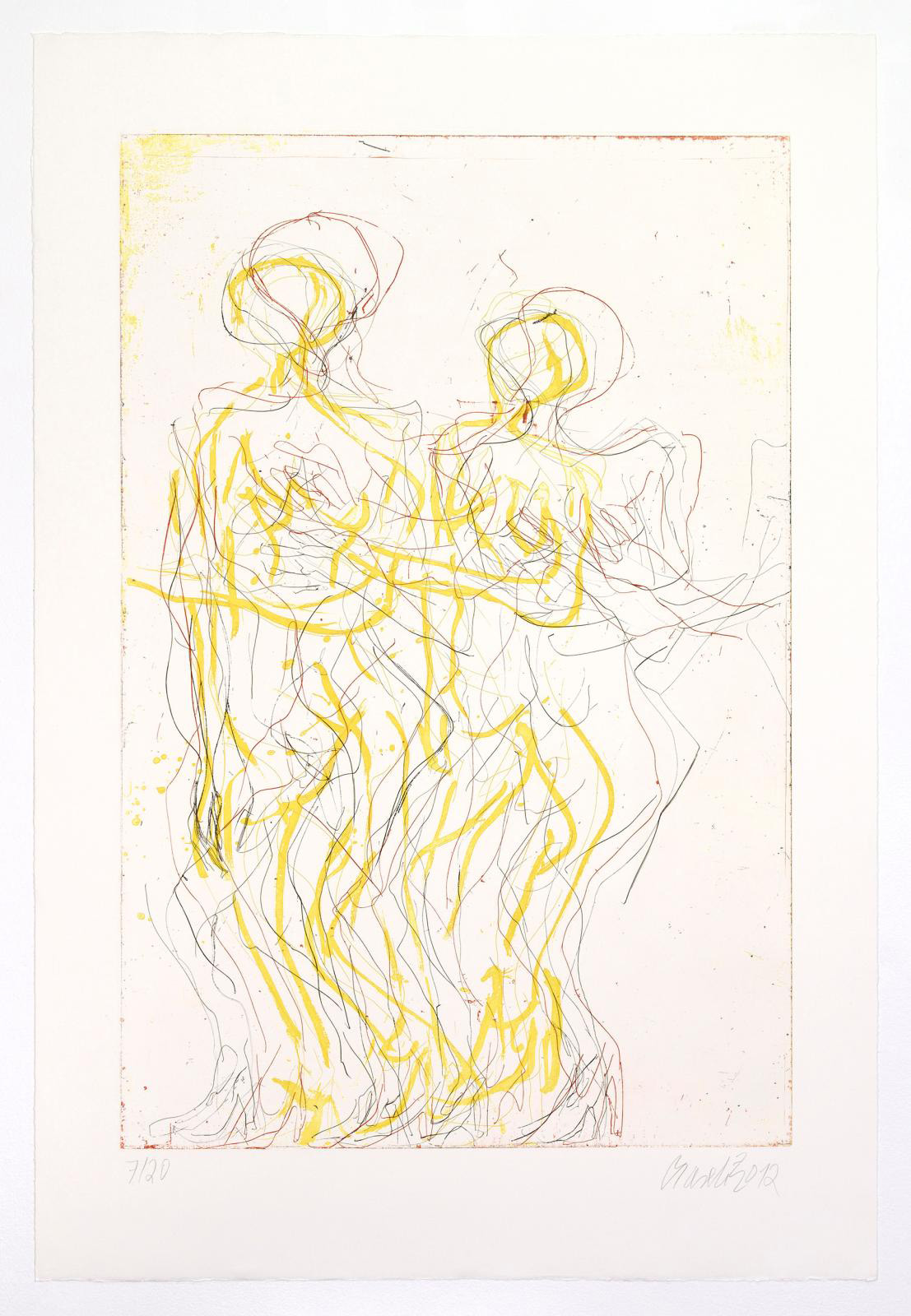 Visitors to its two small rooms on rue Quincampoix can see 26 works dated 1982 to 2019—most in series of fewer than 20 copies—by the German painter and sculptor as well as two drawings from 2004. The lack of the monumentality and the physicality of his paintings, which sometimes also have a leaning to suffering, is made up for here with joyful experiments with the printing processes that Baselitz, himself an avid print collector, has been exploring since the 1960s. The medium—or perhaps the hanging—creates a certain amount of emotional distance. The show reveals a tragicomic Baselitz, who seems to be having fun with traces of the press and the graphic possibilities offered by etching and wood engraving, sometimes highlighted with watercolor.

Etching and wood engraving were Baselitz’s favorite techniques, but over time he added linocutting and aquatinting. Related to drypoint, aquatinting breathes life into a 2019 series of studies of hands called "Eine Hand ist Keine Faust" ("A Hand Is Not a Fist"). The Galerie Putman is featuring 12 prints from the series: a nod at art-history-turned-visual-alphabet. On the opposite wall, a headless man takes root, as if planted upside-down in the ground, in a burst of bright colors. Mano II and Mano VI, vibrant female nudes struggling to stabilize their contours and, in the second room, dark inverted figures are estimated at between €2,000 and 12,000 except for the watercolors, which are available at €84,000. This is a far cry from the prices of paintings and sculptures usually fetched by one of the market’s highest-ranking artists. The effect was felt at the opening, where the list of works was already decorated with a constellation of red dots.

The Egypt of the Pharaohs of Napata Rediscovered...

Piye, Chabaka, Taharqa… The Kushite kings of the twenty-fifth dynasty...

The Hôtel Drouot welcomes visitors to the new installment of its...

With more than twenty artists and ninety works from around forty...