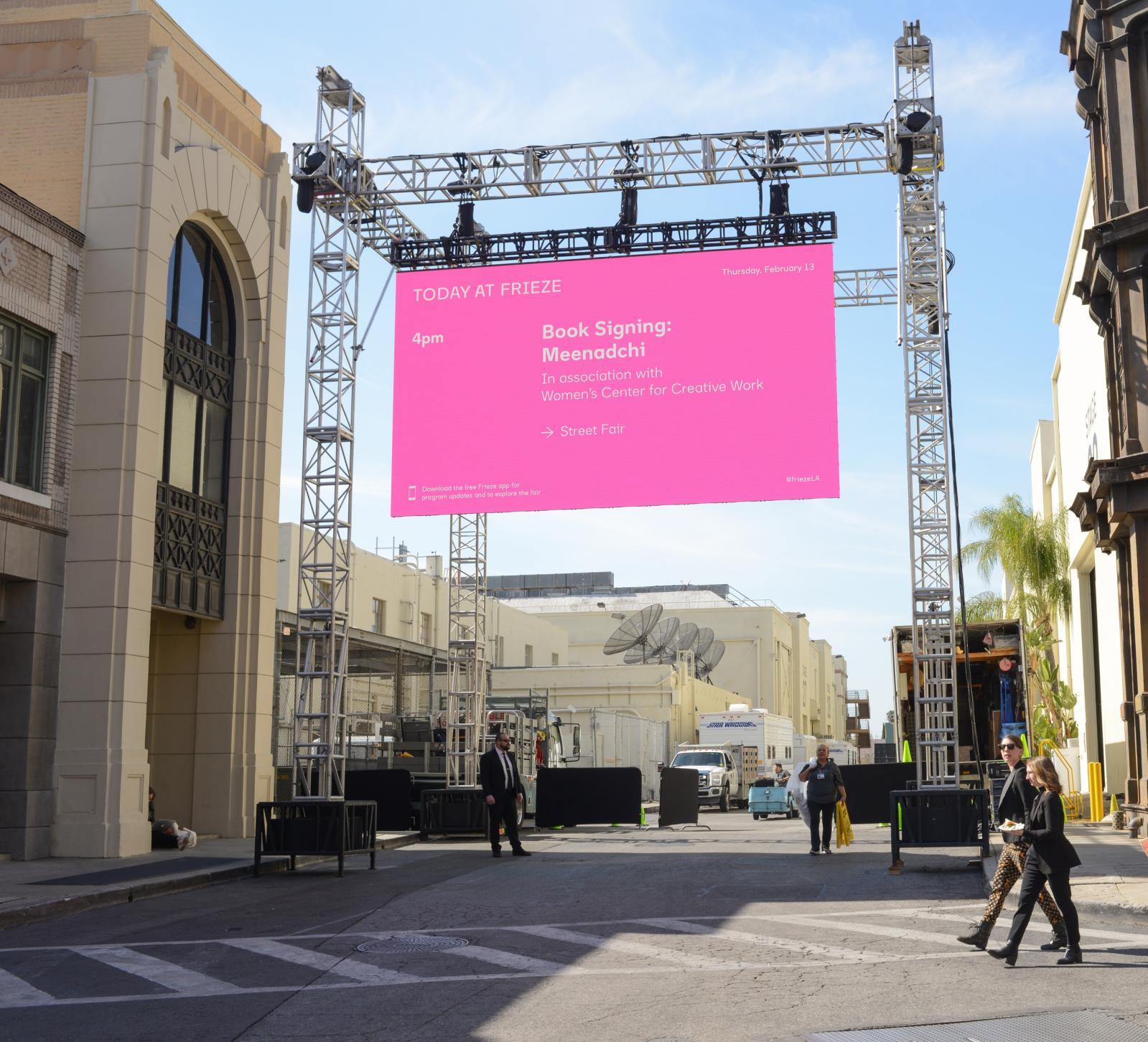 Hipsters and big money
One of the sales announced by David Zwirner was Aprilnacht (2011): a painting by German artist Neo Rauch that found a buyer on the first day for $2 M. Five paintings by New Yorker Lisa Yuskavage (between $120,000 and $1 M), two works by Swiss artist Carol Bove ($500,000 each) and a piece by Colombian Oscar Murillo ($350,000) followed on in quick succession. At the same time, Thaddaeus Ropac sold Bowery Parade, a 1989 painting on brass by Robert Rauschenberg, for a spanking $1.3 M, a painting by Alex Katz, Ada, for $550,000, and an ink drawing by Robert Longo for $120,000. At the stand of British gallery Lisson, a work by Anish Kapoor went for $700,000 and an American collector paid $275,000 for Liza Lou's Shelter from the Storm at Lehmann Maupin. "We were extremely pleased to have found buyers for works by so many artists in our programme, including Pierre Soulages, Jutta Koether, Adrian Piper, Terry Adkins and Tu Hongtao," says Emilio Steinberger, one of Levy Gorvy's managers. "We had one sale for over $2 M and one of over $1 M, and we are expecting further transactions in the coming months."
"Los Angeles has become a real home for our gallery," says Philomene Magers of Sprueth Magers, already established in London and Berlin. "Beyond the stand itself, the fair was also useful as a platform for our artists Barbara Kruger, Cao Fei, Jon Rafman and Andrea Zittel to present their projects to a wider audience." Victoria Miro confirmed the sale of almost all the twenty-four works in the stand's solo show of British artist Idris Khan, for prices ranging from $30,000 to $150,000. "Viewers were very varied: collectors, artists, curators, consultants, celebrities and hipsters, all lovers of contemporary art," says Alissa Friedman of Salon 94 (New York), who assesses her sales at over $700,000. The Kukje Gallery from Korea reports sales of works by Kyungah Ham and Ugo Rondinone for $100,000 and $180,000 respectively.
"As a South African gallery, we felt a strong resonance with the role played by art and activism in Los Angeles," says Jo Stella-Sawicka of the Goodman Gallery, which sold several pieces to California collectors for between $10,000 and $400,000. "We received a lot of film and music celebrities," says local gallery owner François Ghebaly, who presented work by Sayre Gomez that was instantly pounced on by collectors and stars. "It was one of our most successful fairs," says Marc Selwyn, who lives in Beverly Hills. "We sold almost our entire stand."

Local and international curators
"We don't have a lot of experience with fairs, but Frieze LA went pretty well," says Tom Jimmerson of the As-is Gallery on Venice Boulevard. "The works at our stand, mostly new paintings by Japanese artist Takako Yamaguchi, were relatively affordable at $7,000 each. If all the promised sales are followed through, we will have sold nine paintings." With the same kind of prices (between $3,000 and $7,000), Naoki Sutter-Shudo, from the Bel Ami gallery, was very happy with his first participation: "Most sales were made on the first day, very early on, and we now have a waiting list." The LA gallery owner adds: "The audience was very professional, but less international than I would have thought. At $120, admission limits access to the fair, which is not very democratic, but it does make it easier for the gallery owners." "All the city's museum curators were there, and a great many international curators. The collectors were all top-rank," says Carol Greene of the New York gallery Greene Naftali, which exhibited Cory Arcangel's new work.
So the overwhelming majority of exhibitors see a bright future for Frieze LA. "Frieze was yet again an amazing demonstration of Los Angeles' thriving cultural life and its ever-growing art market," said Davida Nemeroff of Night Gallery. A sentiment shared by her colleague Susanne Vielmetter of Vielmetter Los Angeles: "I like the fact that the fair is relatively small: it makes the experience all the more rewarding and relaxed for gallery owners and visitors alike. Besides, there are already plenty of big fairs around the world!"

Ben Brown: a gallery owner with a sharp eye