The fair’s organizers are moving it online because, in the absence of physical contact, that is the only space left where dialog remains possible. 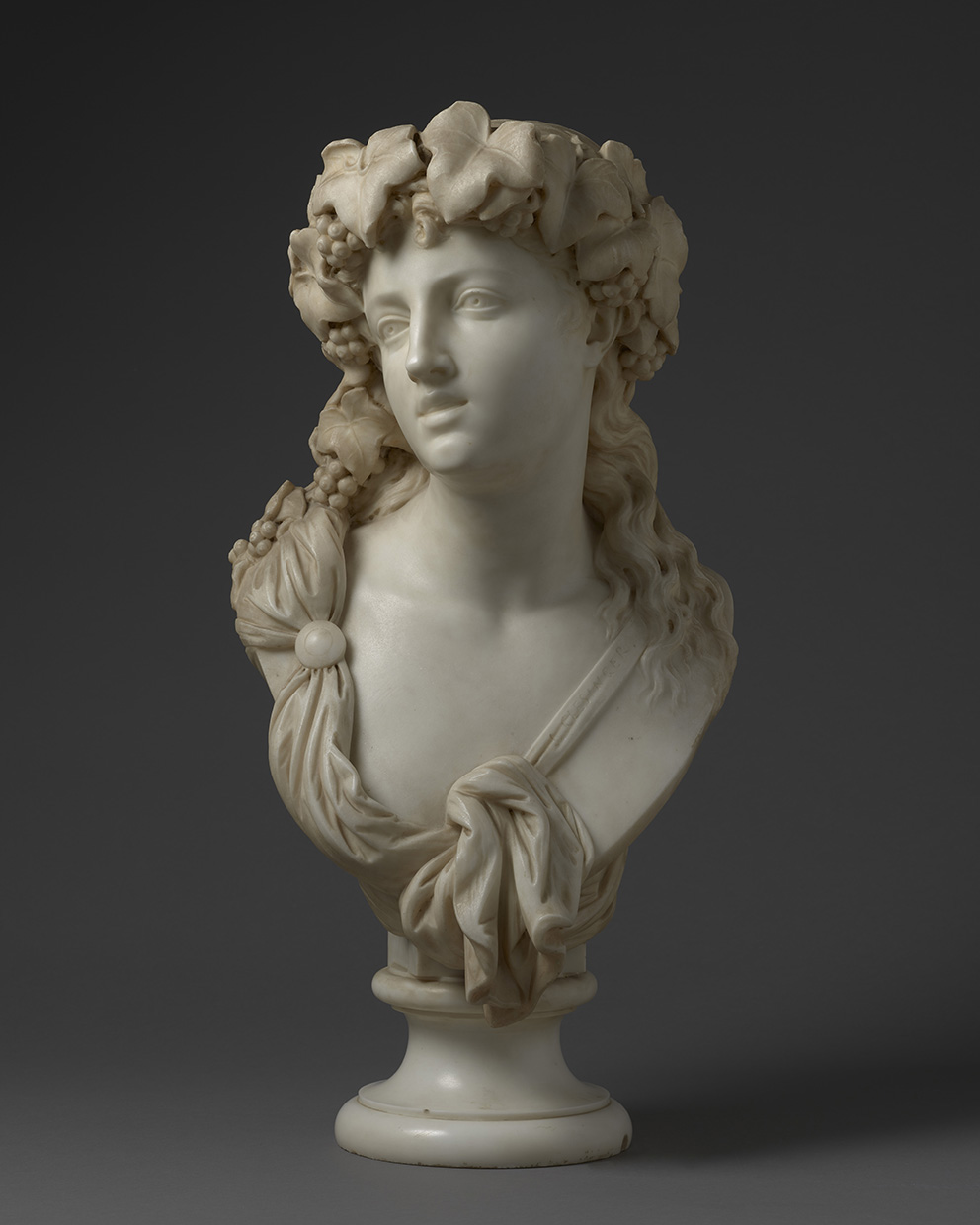 As in March, they held up their hopes until the last minute. Everything was set to make this an outstanding event: a new venue—a pop-up structure in the Invalides courtyard in Paris— to host more galleries, a rich program and the traditional panel discussion. But the pandemic caught up with them. When the new lockdown was announced, the organizers of Fine Arts Paris had to change their plans. They already had to trim their sails in September, falling back on the smaller Palais Brongniart and hosting just 40 galleries there. Looking ahead and supported by GL Events, which manages the former Bourse site, they worked on ways to virtually present the works visible at the show as well as those of foreign exhibitors who could not attend in person. Their foresight has been rewarded. They are ready to turn this year’s Fine Arts Paris into an all-online event, like many other fairs.

A Virtual Showcase
Of course, the world’s best search engine can never "replace the meeting between gallerists and collectors—I believe in the dealer’s role as educator," says Hervé Aaron, whose luscious-looking Nature morte avec coupe de faïence remplie de pêches et de raisins (Still Life with Faience Bowl Filled with Peaches and Grapes) by a French painter active in the mid-17th century who signed by the name of De Somme is likely to draw plenty of interest. "We’re really sad that these art fairs can’t take place, but we’ve got to support the market and keep it going." Digital communication is becoming a tool that, in the present context, is essential for keeping in touch. "Dealers weren’t using it enough. Now they have to, and that’s here to stay." TEFAF's recent online edition drew 30,000 visitors from October 31 to November 4. For this Fine Arts Paris unlike any other, around 50 galleries, including 18 participating for the first time, have selected 10 of their finest pieces. Once definitively confirmed and vetted, they will appear on the platform randomly, just as they would if one were strolling around the fair. The help feature is ready with filters to screen specialties, periods, artists and exhibitors’ names, and to select favorites, request more information and directly contact dealers. Despite their disappointment—they, too, hoped until the last minute that an in-person fair would take place—all the dealers who were ready to exhibit, the traditional ones as well as newcomers, are participating.

Sculpture in the Lead
There will be no shift in tone for this special edition. The rigorous selection takes us on a journey through specialties and periods. Like the first three, this one will stress the young fair’s DNA: "quality and conviviality". The galleries will range from Bayser—a splendid drawing of Juno by Élisabeth Vigée-Lebrun—to Berès, Brame & Lorenceau, Coatalem, Michel Descours, Antoine Laurentin and Jacques Leegenhoek. These traditional names will be joined by, among others, Ana Chiclana, Applicat Prazan, Jean-Marc Lelouch, the Clavreuil bookshop, munich’s Grässle-Härb and brussels’ Yves Macaux, whose model of Josef Hoffmann’s “M999” lamp should diffuse a soft light. Sculpture, the highlight of Fine Arts Week, will be showcased by Sismann with, notably, an Allégorie maniériste (Mannerist Allegory) from the second half of the 16th century carved in limestone quarried in the Vexin. Gabriella Sismann is ready. "Since early this year,” she says, “we’ve made videos combined with our digital catalogs, our website and social media. This virtual fair will help us win over more potential new customers and reach out to everybody who follows us." London’s Stuart Lochhead is presenting a bust of a Bacchante by Clésinger (see photo). This woman gazing absent-mindedly into the distance is a source of life because of her connection with Bacchus. Despite the circumstances, Mr. Lochhead is glad about his first participation, for he has "always been impressed by the organization, style and range of the dealers. Paris has a buoyant market where you can really discover new artworks. Since I like the 18th and 19th centuries, I offer a wide range of sculptures from that period, and I think a virtual fair is an ideal place to better connect with French collectors and museums." Exhibitors focusing on modern works strike the same note. This "comes at the right time for our French collectors,” says Yves Zlotowski. “Smaller fairs with a varied offer have a card to play." Nevertheless, he regrets that "art is deemed non-essential" and wants "to at least be able to organize private visits in compliance with health measures, which galleries are absolutely capable of doing." One of the works he will put online is Main ouverte (Open Hand), a 1954 gouache by Le Corbusier, a project for the Chandigarh monument—and a lovely sign of hope.