We spoke with Dr. Flavia Frigeri, Chanel Curator for the National Portrait Gallery in London, about the new three-year research project enhancing the visibility of women in the collection. When the Gallery reopens in 2023, it will unveil an increased proportion of women artists and subjects to the public. 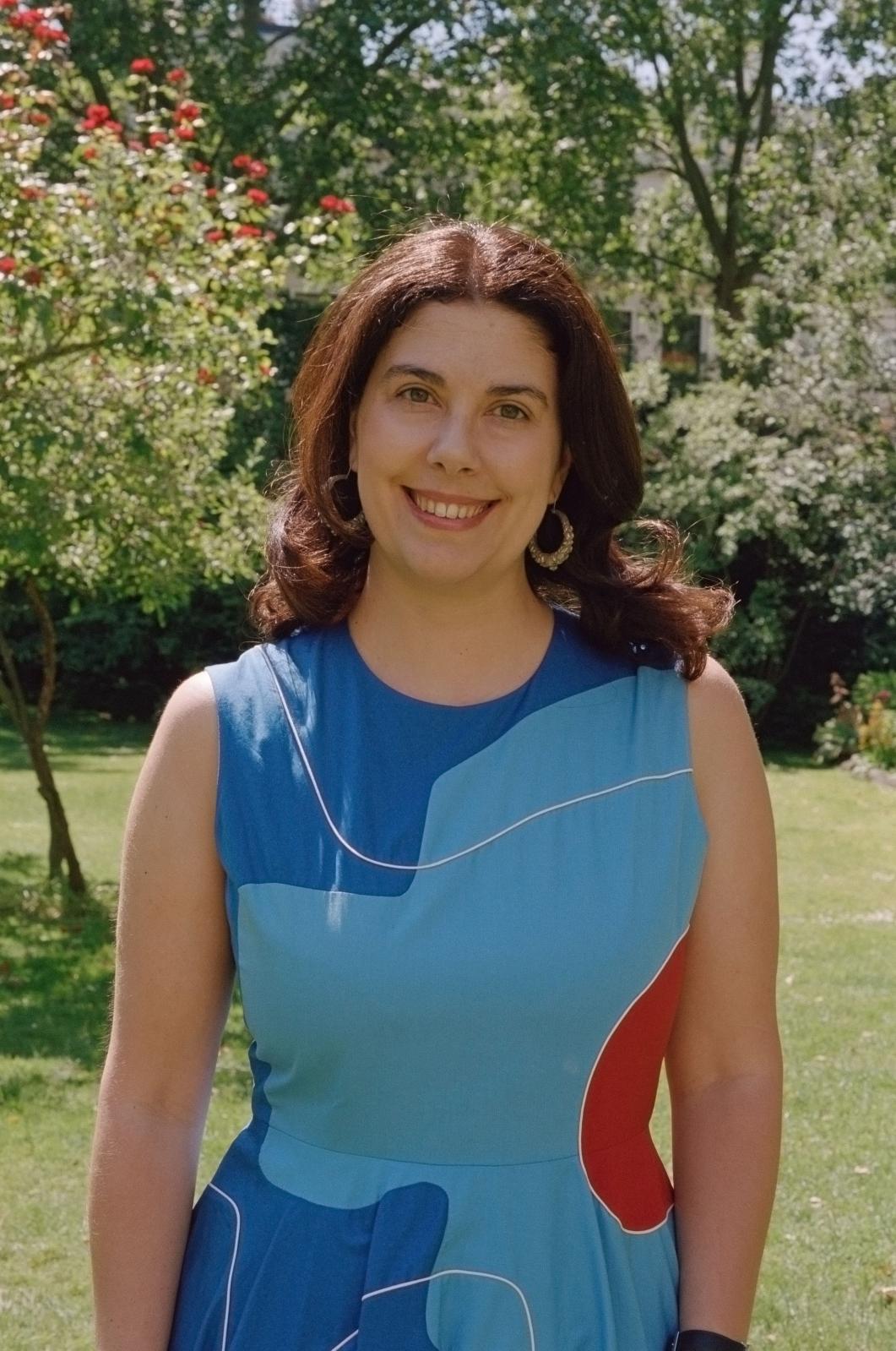 From curatorial roles at the Tate to teaching positions at UCL and Sotheby’s Institute, and now appointed Chanel Curator for the National Portrait Gallery Collection, how would you describe the challenges of your career to date?
Maybe the main challenge that kind of brings them all together has been the fact that traditionally either you were a curator or you were an academic. Only in recent years, there have been more people doing both. I think reconciling the two worlds, sometimes, is the most challenging thing. Having to deal in the morning with loans and framing, and then in the evening giving an academic paper.

At the Tate I was working on many exhibitions at the same time, and I feel that was my curating school. At the same time, when it comes to teaching and this perhaps was more true of when I started at UCL (University College London), I had given many tours of shows and talks, but I had never taught. It’s a very different ball game; you really have to think in advance about how to break down information in a way that is manageable for people who've never heard it before. So it's not just about you being brilliant and saying this is a wonderful loan that we got, it's more about the art history, how are we going to challenge it. There are so many questions that you need to go through in your head beforehand and that was a real learning curve.

What have been some of the highlights?
The highlights are what make it all worth it. My Tate highlight will always be “The World Goes Pop” (September 2015 - January 2016). It was such a research-based show and it took us five years to put it together. When we started, we knew it wasn't going to be about canonical Pop Art but we didn't really know what was going to surface from our research. Similarly, when I started at the National Portrait Gallery (NGP) there were so many unknowns and there still are, and a highlight has been to really shape a research project this time in the context of an existing collection. You learn as you go along, it's not all out there straight away.

What are the main outcomes you hope the research project will generate after three years?
The project informs the 2023 reopening of the museum, which is going through a big refurbishment. We're working towards that, and thinking very actively about the stories we're going to tell, the portraits that are going to go on the walls and how we're going to tell them. It also exists as its own beast and outcomes are something that I am constantly thinking about. I am working on a book and every single day in a way is an outcome. The way it works as a project, is there are 17,000 women in the collection, which seems huge, but if you compare it to 53,000 men it's very small. With my team we consider each woman in the collection, and we think in terms of either “is this someone established and doesn't need our help”, or we identify those women in the collection that have been cataloged but we haven’t really considered them before. That's where we do research with the aim of highlighting these women. We have a page on the website that is currently bare-bones but we’ll aim to add more information and develop it as an accessible platform that anyone can access at any point in time. We will have certain moments during women's history month, where we spotlight more information.

With so many women artists and subjects at your fingertips, how do you choose which women to highlight? Are you afraid of leaving some out of the archive?
I guess the one big challenge of this project is, obviously, there are so many women that you inevitably leave people out. In the beginning, I was really struggling with the idea of needing to cover everyone. You need to make peace with yourself and say, look this is a starting point. You cannot address every single paleontologist, archaeologist and designer out there. You can only do chunks. This is where I started thinking - I'm going to look at this group of women and consider, what can we do with them? Who are we highlighting? As part of this exercise you also start identifying women that are not in the collection. You start doing detective work, which is very different from being an art historian because we aren’t just looking at artists but at women in general. I’m trying to track down the painter Gluck’s long-term partner Constance Spry who was a very important florist. We don't have Spry in the collection and when I saw the Garden Museum presentation, I realized we needed to do something about her. You end up having to dig up people or trying to track down their great grand-niece. Right now, I’m looking at Charlotte Cooper, she was the first British woman to win a gold medal at the Olympics and was a tennis player from the Belle Epoque. There are these beautiful portraits of her wearing these great gowns but it's really quite difficult to track down a portrait of her.

In terms of the sitters who are missing, are you making acquisitions and/or commissioning new works?
I always say the project has three pillars: one is research, one is acquisitions of existing portraits and the third pillar is commissions. I can’t reveal yet what works we have commissioned, but that's something that will be featured in the redisplay. In terms of acquisitions, there is a real range of works. For instance, we've been gifted a beautiful portrait of a woman who was the longest-serving female secret service agent during World War Two. I've been going down a bit of the rabbit hole with all the secret female agents; they were amazing because they were given basically no training. These women were working with the French Resistance and across Europe doing some pretty major work. But we know so little about them consequently these are some of the active acquisitions.

We’re also buying works of art and soon enough we're going to announce the first few. We have a budget, through the Chanel Culture Fund, supporting acquisitions and commissions. They have the kind of vision that allows us to do something like this, but they're also great on a day-to-day level because they're just good funders, they're very supportive, interested and curious. There will be also contemporary women, while I am not focusing on them right now they are a part of the project to engage with younger contemporary women, who are making strides in their own fields of achievement: activists, scientists and tech gurus for example.

Sidestepping away from the sitters, with the prevalence of exhibitions highlighting women artists and their crucial contributions to art history, how do you think we can prevent this new visibility from becoming tokenism within some institutions?
It's one of those questions that, in a way, I don't think I have an answer to because I am of two minds about it. So, on the one hand, I actually think it's good that there's more visibility, it's something that's more a topic of discussion in general. I think it's positive that you're suddenly seeing exhibitions of Sofonisba Anguissola, Paula Modersohn-Becker and so many women. Part of me thinks it is kind of risky to constantly pigeonhole women, you know these women are in ghettoized shows. This was a discussion in the 1980s about the ghetto exhibitions of Surrealist women or Dadaist women. I'm definitely guilty of this, so I am saying this from a place of someone who feels slightly guilty, but then I see it as a necessary and positive step towards entering the Uffizi 10 years down the line and seeing Artemisia Gentileschi on the walls on a par with Caravaggio. Having it become so much part of what we're used to that it is just integral to art history. So I'm seeing this moment, actually, it's been going on for the past 10-15 years if not longer, as necessary where you're going to go to an Abstract Expressionism show and it won't be just the dudes it will be also Helen Frankenthaler, which people will expect and it will be normal. I hope it really becomes integral to the narrative.

The last question, I wanted to ask you, who is your favorite women artists and/or sitter in the National Portrait Gallery?
I always find this to be the toughest question because to be completely honest it depends on the week and whom I am studying, so you will get different answers. I've been quite obsessed for some time now, with Sylvia Pankhurst, who was an artist, but also an activist. She was part of the Pankhurst clan and I think we're all more familiar with Emmeline and Christabel, who were hardcore suffragettes. What Sylvia was arguing for, which distances her from her mother and her sister, was that, yes, it was important to advocate for women's rights, but it was also equally important to advocate for rights across the board. This is the kind of position we would feel more comfortable with today and still holds very much true. I like the fact that she was a very contemporary figure, even though she was very historic. It’s really important to see the place that some of these pioneering historic women had informing our ideas around activism today. So I think Sylvia would be my choice.