Photographer, painter, activist: Dora Maar was much more than The Weeping Woman Picasso painted in 1937. The Centre Pompidou retrospective, Paris, features 60 years of creation by an artist as complex and enigmatic as her work. 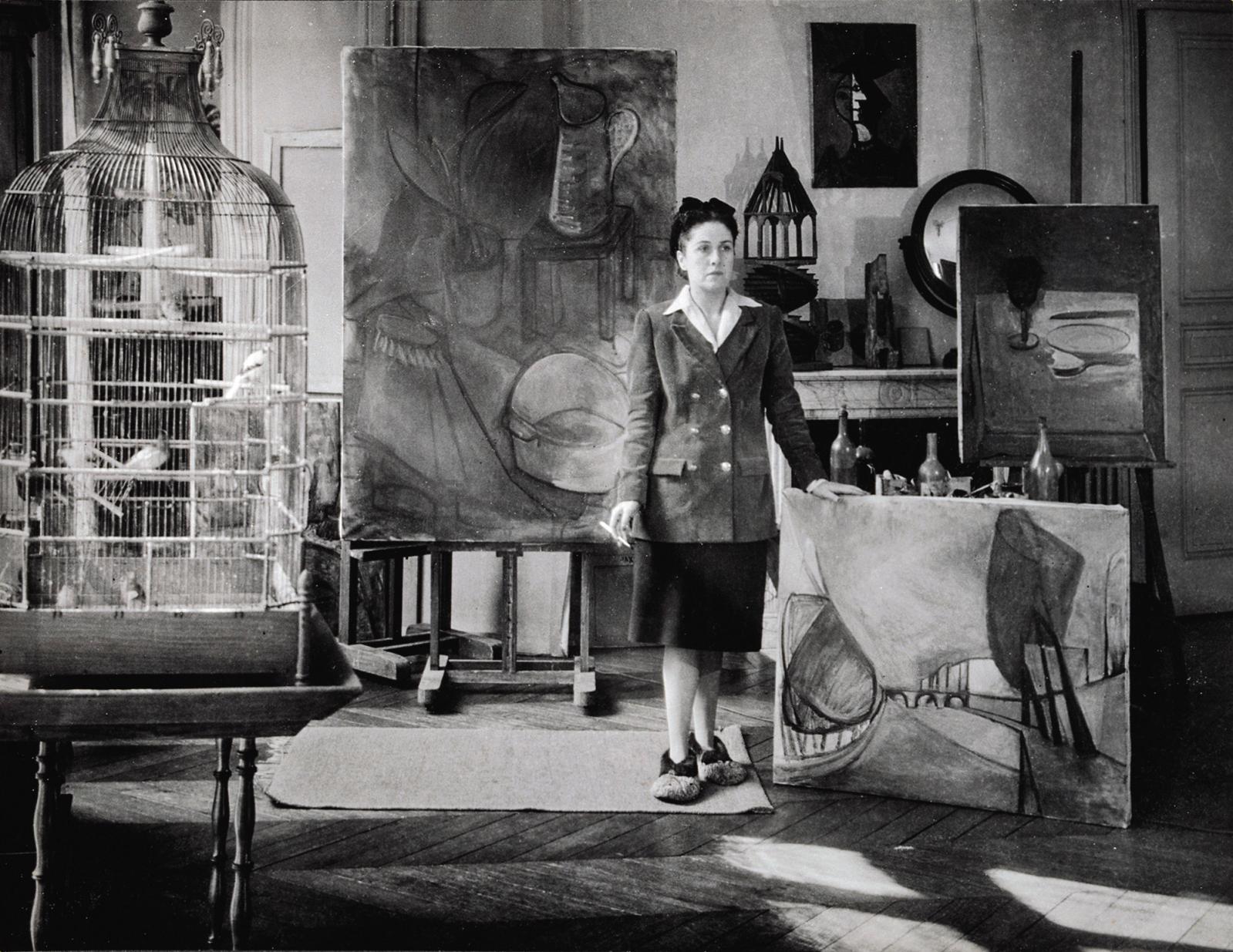 Maar was forgotten during the second half of the 20th century before being rediscovered in the early 1990s, when her Surrealist work began selling, especially thanks to Marcel Fleiss, who headed the 1900-2000 gallery. Now she is gradually emerging from the shadows. “One of the Centre Pompidou’s goals is to restore women artists to their rightful place in art history,” says Karolina Ziebinska-Lewandowska, the show’s curator and curator of the photography department at the Centre Pompidou-Musée National d'Art Moderne. “In digitising the Dora Maar collection, we realised that a major exhibition should focus on her. That led to this retrospective on the sixth floor, a 1,000 m2 space seldom devoted to a woman artist.” Nearly 350 works and 80 documents are on display. Most of them are photographs the museum has owned since acquiring the Christian Bouqueret collection in 2011, the rest from 80 lenders.

Multiple paths
In the 1930s-1940s, Maar was a well-known photographer who owned her own studio in Paris and earned a living from her commercial work. At the same time, she actively participated in French intellectual life, especially with the Surrealists, and her photographs were exhibited on many occasions. She also campaigned against fascism, as the flyers she wrote and several documents on display attest. Then she abandoned photography to become a painter, her childhood dream. Maar painted in relative obscurity until past the age of 80, gradually withdrawing from public life. “Her works were scattered in many collections,” says Ziebinska-Lewandowska, “so it was hard to fathom the importance and amount of paintings she produced over a period of around 40 years, including more than 1,000 works on paper. Most of them are small because that was all she could afford.” The museum wanted to stress this unknown aspect of her work. The retrospective also features her other main activity, commercial photography. “It proves that Dora Maar was a businesswoman who achieved freedom and self-fulfilment as a photographer,” says Ziebinska-Lewandowska. In the 1930s, Maar did many advertising commissions and portraits published in magazines such as Le Figaro illustré and Vu. This was not just a way for her to earn a livelihood, but also to explore photography’s possibilities, from photomontage to coloured prints, lighting and bold framing. But Maar was multifaceted in more ways than one, starting with her origins and early life. Born Henriette Théodora Markovitch in Paris in 1907 to a French mother and a Croatian father, she lived in Buenos Aires from 1910 to 1920 before returning to France at 13. She studied both painting and photography at the Central Union of Decorative Arts (in the Ladies’ Committee), Julian and André Lhote academies and France's Technical School of Photography and Cinematography. She used different names before definitively settling on Dora Maar in 1931.

The fateful meeting with Picasso
Meeting Emmanuel Sougez, head of the photo department at L'Illustration, was decisive for her career. In her early years, he encouraged her to pursue photography rather than painting. Shortly afterwards, in 1934, she took nude photos of Assia, “a sublime model” says photography historian Christian Bouqueret, whose fulsome curves marked the medium’s history thanks to Germaine Krull and Roger Parry, among others. This generation helped to raise the photographic nude to the rank of an artistic genre. But Maar’s most decisive relationship was the tumultuous one she had with Picasso from 1936 to 1945. This period marked a turning point in her professional and personal life, ultimately leading to a depression and a brief stay in a convalescent home. “Their relationship was an artistic one before it became romantic,” says Ziebinska-Lewandowska. “But history remembers her mainly as his muse, overshadowing her own work. Exhibitions and books have been devoted to the relationship with Picasso. We’ve deliberately downplayed it here.” At first, Maar did portraits of the Spanish artist in her photo studio. Then, she documented the making of Guernica from May to June 1937. He had a strong influence on her, encouraging her to put down the camera and pick up brushes. She continued painting for nearly 40 years.

A singular eye
In the 1930s, Maar punctuated her studio work with travel, photographing street life in Spain and London. Eschewing a purely aesthetic approach, she presented an unvarnished view of reality, focusing on people struggling with daily life in those years of economic hardship: beggars, the downtrodden, etc. “She often photographed old people and, especially, mothers with children,” Victoria Combalia, art historian and professor at the University of Barcelona, notes in the exhibition catalogue. But a more personal point of view permeates her documentary work. Like her contemporaries, Maar and her Rolleiflex captured “urban magic”. This is the third part of the retrospective, attesting to her unique view of the world. More mysterious, these images, especially Portrait d’Ubu (Portrait of Ubu) (1936), an iconic photograph displayed at the Centre Pompidou, echo her Surrealist experiments. Towards the end of her life, Maar returned to the darkroom to make photograms on which she painted. Photography and painting met in abstract compositions as a sign of healing or a reflection of her torment.